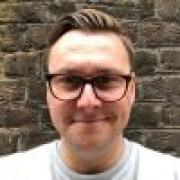 Machine learning is widely predicted to make drug discovery and patient diagnosis quicker, cheaper and more effective in the future, and signs of this can already be seen. Nearly 70 years ago, artificial intelligence researchers at New Hampshire's Dartmouth College discussed building machines that could sense, reason and think like people -- a concept known as'general AI'. But their plans were destined to remain in the land of science fiction for quite some time. However, in the last decade the rapid growth in computer-processing power, the availability of large data sets and the development of advanced algorithms have driven major improvements in machine learning. AI researcher Ben Goertzel brought to light'narrow AI' in 2010.