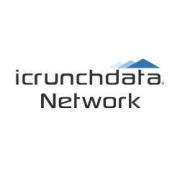 We have some of the most brilliant and hardworking people in the world working with us and our engineering teams are growing fast in some of the hottest state of the art fields: Deep Learning, Artificial Intelligence, and Autonomous Vehicles. If you're a creative computer scientist/engineer with a real passion for distributed systems and autonomous driving, we want to hear from you.The Colorado Equal Pay for Equal Work Act requires that NVIDIA provide the compensation range and benefits offered for this position if performed in Colorado. The base salary range for this position in Colorado is $190,800.00

'Life is Strange: True Colors' taps into the power of empathy in video games

Life is Strange has always been a video game series that not only sees the best in people but, also, in its own medium. More than any installment before it, though, True Colors is a mature, nuanced exploration of embodied empathy, both as an IRL phenomenon and a staple of video game narratives. Released on Sept. 10, the third game in the series ditches the episodic release format, allowing you to play all the chapters of 21-year-old Alex Chen's story at once. After surviving years in the foster care system, she arrives in idyllic Haven Springs, Colorado to reunite with the older brother she lost contact with after he was sent to juvie. Soon after arriving, though, her brother Gabe dies, and Alex finds herself thrown into an Erin Brockovich-type situation where she must uncover the corporate corruption that's been plaguing the small town for decades.

Report: US AI development is concentrated in 15 metro areas

Last week, the Brookings Institution published an examination of the "extent, location, and concentration" of AI activity in 400 US metro areas, hailing it as the "next great'general purpose technology,'" with the power to spur economic growth. Key takeaways: Although it already feels like AI is everywhere, the tech is still in its early days--and in the US, AI development and commercialization is mega-concentrated in a handful of mostly coastal locales. But, but, but: Brookings also identified 13 other metro areas with "above-average involvement" in AI, including hubs you may have seen coming--New York, Boston, Seattle, Los Angeles, Washington, D.C., San Diego, Austin, Texas, and Raleigh, North Carolina--as well as smaller metro areas like Boulder, Colorado, Lincoln, Nebraska, Santa Cruz, California, Santa Maria-Santa Barbara, California, and Santa Fe, New Mexico. Zoom out: The above 15 metro areas account for two-thirds of AI activity nationwide--and for that matter, more than 50% of the areas Brookings looked at make up just 5% of AI activity, Wired reported.

Researchers in the life sciences who use machine learning for their studies should adopt standards that allow other researchers to reproduce their results, according to a comment article published today in the journal Nature Methods. The authors explain that the standards are key to advancing scientific breakthroughs, making advances in knowledge, and ensuring research findings are reproducible from one group of scientists to the next. The standards would allow other groups of scientists to focus on the next breakthrough rather than spending time recreating the wheel built by the authors of the original study. Casey S. Greene, Ph.D., director of the University of Colorado School of Medicine's Center for Health AI, is a corresponding author of the article, which he co-authored with first author Benjamin J. Heil, a member of Greene's research team, and researchers from the United States, Canada, and Europe. "Ultimately all science requires trust--no scientist can reproduce the results from every paper they read," Greene and his co-authors write.

The Transform Technology Summits start October 13th with Low-Code/No Code: Enabling Enterprise Agility. Commercial face-analyzing systems have been critiqued by scholars and activists alike over the past decade, if not longer. A paper last fall by University of Colorado, Boulder researchers showed that facial recognition software from Amazon, Clarifai, Microsoft, and others was 95% accurate for cisgender men but often misidentified trans people. Furthermore, independent benchmarks of vendors' systems by the Gender Shades project and others have revealed that facial recognition technologies are susceptible to a range of racial, ethnic, and gender biases. Companies say they're working to fix the biases in their facial analysis systems, and some have claimed early success.

As part of our series showcasing the plenary and keynote talks from the IEEE/RSJ IROS2020 (International Conference on Intelligent Robots and Systems), this week we bring you Nikolaus Correll (Associate Professor at the University of Colorado at Boulder) and Cynthia Breazeal (Professor of Media Arts and Sciences at MIT). Nikolaus' talk is on the topic of robot manipulation, while Cynthia's talk is about the topic of social robots. Bio: Nikolaus Correll is an Associate Professor at the University of Colorado at Boulder. He obtained his MS in Electrical Engineering from ETH Zürich and his PhD in Computer Science from EPF Lausanne in 2007. From 2007-2009 he was a post-doc at MIT's Computer Science and Artificial Intelligence Lab (CSAIL).

From Lake to Metroid Dread: the most exciting video games for autumn 2021

An indie game set in a beautiful lake town with a small cast of locals. Driving around and delivering mail in 1980s Oregon is not exactly the usual video game fantasy, but this looks like a calming, intriguing tale about a woman temporarily escaping urban life to revisit her roots. Alex Chen moves to Colorado to start a new life in an achingly hipster town, but soon finds that this place has its problems, too – and must reckon with the death of her brother. A coming-of-age story in which you can read people's emotions and make choices that influence the interpersonal dramas that unfold. This is a wonderfully surreal party game that caters to the attention span of the internet age, with quickfire challenges that have you racing to squeeze toothpaste or collect gems or tweeze armpit hair from marble sculptures.

The mathematical language for talking about connections, which usually depends on networks--vertices (dots) and edges (lines connecting them)--has been an invaluable way to model real-world phenomena since at least the 18th century. But a few decades ago, the emergence of giant data sets forced researchers to expand their toolboxes and, at the same time, gave them sprawling sandboxes in which to apply new mathematical insights. Since then, said Josh Grochow, a computer scientist at the University of Colorado, Boulder, there's been an exciting period of rapid growth as researchers have developed new kinds of network models that can find complex structures and signals in the noise of big data. Original story reprinted with permission from Quanta Magazine, an editorially independent publication of the Simons Foundation whose mission is to enhance public understanding of science by covering research develop ments and trends in mathe matics and the physical and life sciences. Grochow is among a growing chorus of researchers who point out that when it comes to finding connections in big data, graph theory has its limits.

Putting the power of AlphaFold into the world's hands

Most excitingly, in the hands of scientists around the world, this new protein almanac will enable and accelerate research that will advance our understanding of these building blocks of life. Already, through our early collaborations, we've seen promising signals from researchers using AlphaFold in their own work. For instance, the Drugs for Neglected Diseases Initiative (DNDi) has advanced their research into life-saving cures for diseases that disproportionately affect the poorer parts of the world, and the Centre for Enzyme Innovation at the University of Portsmouth (CEI) is using AlphaFold to help engineer faster enzymes for recycling some of our most polluting single-use plastics. For those scientists who rely on experimental protein structure determination, AlphaFold's predictions have helped accelerate their research. As another example, a team at the University of Colorado Boulder is finding promise in using AlphaFold predictions to study antibiotic resistance, while a group at the University of California San Francisco has used them to increase their understanding of SARS-CoV-2 biology. 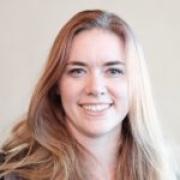 Hey all, we are back! In this classic episode we go over highlights from the IEEE VIS'20 conference. We cover a broad set of themes with Danielle Szafir from University of Colorado and Miriah Meyer from University of Utah, who helped us explore latest trends in visualization. See the main links and details in the show notes below. There is a lot to explore!