Expectations for customer service are higher today than a year ago, with the coronavirus pandemic fueling online shopping and challenging enterprise customer service operations, according to Customer Thermometer. That puts companies offering automation solutions in the right place at the right time. Directly of San Francisco, cofounded by Antony Brydon, Jean Tessier and Jeff Patterson, offers a platform to integrate into call centers and provide a mix of automation and human support. Directly recently added $11 million in funding to bring its total investor commitment to $66.8 million, according to Crunchbase. The Directly platform is trained by thousands of subject matter experts to analyze call center interactions and provide a degree of automation, according to a recent account in VentureBeat.

A bug in iPhones and iPads could have left people at risk of having their iPhones broken into and their personal information looked at, security researchers have claimed. Just one email could be enough to crash the phone and use that to access the sensitive data contained on it, according to the researchers. Apple will fix the bug in its operating systems that allowed hackers to break in through its email client, the Mail app. More than half a billion devices could have been liable to the exploit, according to the security researchers who found it. The bug was found by San Francisco security company ZecOps while it was investigating a sophisticated attack against one of its clients, which took place at the end of last year, it claimed.

SAN FRANCISCO, Nov 6 ― The American software company has taken advantage of its Adobe Max conference, which runs in Los Angeles until November 6, to showcase its latest creations, notably with regard to the integration of artificial intelligence using its proprietary Sensei technology, in a range of different products. Along with updates for most of its software packages, Adobe has also announced a number of remarkable innovations. First presented one year ago, Photoshop for iPad is at last available for unrestricted download. The application features a wide variety of high-performance retouching and compositing tools, which are presented in a fully developed tactile interface. Photoshop for iPad is designed to be intuitive and open to everyone, professionals and beginners alike.

10 most important tech trends of the decade

Apple CEO Steve Jobs unveils the iPad on January 27, 2010, in San Francisco. When I hustled out of CNET headquarters in San Francisco on May 26, 2010, and slipped into a rental car with two of my co-workers to head to a meeting across the Bay, one of them slipped me a copy of The Wall Street Journal and pointed to a headline that announced Apple had passed Microsoft to become the world's most valuable tech company. "What do you think of that?" she said. "Unreal," I responded, shaking my head. Just over a decade earlier, Apple had nearly been on its deathbed and needed a $150 million investment from Microsoft simply to stay alive.

If you ever get the creepy feeling you're being monitored when you use your computer, smartphone or smart speaker, our guest Geoffrey Fowler is here to tell you you are. Fowler writes a consumer-oriented technology column for The Washington Post. He's been investigating the ways our browsers and phone apps harvest personal information about us even while we're sleeping. And he discovered that Amazon had kept four years' worth of recorded audio from his home, captured by his Alexa smart speaker, including family conversations about medications and a friend doing a business transaction. Geoffrey Fowler joined the Post in 2017 after 16 years with the Wall Street Journal, writing about consumer technology, Silicon Valley, national affairs and China. He writes his technology column from San Francisco. He spoke with FRESH AIR's Dave Davies. You have a recent column. The headline is "I Found Your Data. It's For Sale." What kind of personal data did you find available for sale on the Internet? GEOFFREY FOWLER: I found all kinds of things that normal people would consider secrets and that corporations spend a lot of money - millions and millions of dollars - to try to keep out of the hands of their competitors and criminals. I found people's flight records. I found people's records from their doctors prescribing them medications. I found people's tax documents that they were - thought they were only sharing with their tax preparer. And they were available with one click. I could have opened them up and downloaded them. And where did this data come from?

Drivetime trivia app turns your daily commute into a gameshow

"What was the Grammy album of the year?" These were some of the questions the Drivetime app asked me as I drove across San Francisco last week. But it wasn't like Wait Wait...Don't Tell Me on NPR, where I shout answers into the ether. Instead, I was competing against another driver, Susan, and my score was being tracked. For the uninitiated, Drivetime is a commuter trivia app (iOS/Android) with ambitions to expand into other voice-based entertainment, like choose-your-own-adventure storytelling or even guided meditation.

Galaxy Fold: What is the point of Samsung's new foldable phone?

After many rumours and leaks, Samsung has finally revealed its groundbreaking folding phone. It's certainly an exciting innovation but, really, what is the benefit and what will it be used for – Oh, and how can Samsung get away with charging $1,980 or €2,000 for it? The Galaxy Fold was the opening gambit at Samsung's San Francisco keynote event, where it also revealed three versions, no, four, of the Samsung Galaxy S10, a new fitness tracker and a smartwatch with a sports angle. But it was the Fold which caught the attention. In the current vogue for maximum screen size but minimum phone size, while noting that our hands aren't getting any bigger, a screen that can double in size was bound to come along sooner or later. 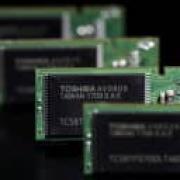 SAN FRANCISCO - Samsung Electronics Co. unveiled a smartphone Wednesday that when folded open can be used as a tablet, becoming the first major manufacturer to offer the feature as it strives to stoke excitement in a slumping market. The South Korean giant also appeared to get the jump on rivals by announcing the first smartphone for fifth-generation -- or 5G -- wireless networks, while stepping up its efforts in artificial intelligence and wearables. The Galaxy Fold, unveiled at a San Francisco event, serves as a smartphone with a 4.6-inch display but also opens like a book to become a 7.3-inch tablet. "We are giving you a device that doesn't just define a new category, it defies category," said Samsung's Justin Denison at the event. The Fold will be available April 26, starting at $1,980, the company said.

Samsung will reveal details of its much-anticipated foldable smartphone at its developer conference this week, an official at the South Korean electronics giant has revealed. The disruptive device, potentially named the Galaxy X or Galaxy F, was first teased in 2014 but details of the project have remained secret in the years since. In a break with its usual policy of keeping new products under wraps until they're ready to launch, Samsung plans to share some of the phone's features at the Samsung Developer Conference 2018, taking place in San Francisco from 7-8 November. Speaking anonymously to Reuters, a Samsung official said the company would seek critical feedback from developers so they can make sure apps are compatible with a folding device. "Unlike our flagship products, the foldable phone is a completely new concept in terms of design and user experience, which requires a different approach," the official said.

Will Buying Another Device Help Curb Your Smartphone Addiction? Google Thinks So

The "smart display" wars are taking off, which means it's time for consumers to ask themselves that modern existential question: Do I need another screen? That's what I was wondering while sitting in the bedroom of a Google employee, whose chic San Francisco home was being used as the backdrop for demos of the company's new Home Hub device. Major tech companies, one after the other, have launched voice-controlled touchscreen gadgets that are meant to live on your kitchen counter, nightstand or living room table. And Google Homes product manager Ashton Udall was showcasing what this particular one does when you wake up and say, "Okay, Google. At this prompt, Google's virtual assistant voiced a greeting, announced the time and weather, then provided an assessment of how bad the commute would be that day. Meanwhile, the bedroom shade -- one of the 10,000 or so smart devices that can sync with the Home Hub -- automatically rolled up. When the assistant is done going through reminders or previewing events on the Google Calendar, it might launch a news reel. This one had been programmed to segue into classical music instead. "In the morning, you're stumbling out of bed, you're getting the cobwebs out of your head," Udall said. "I don't have to go into my phone … You can start just listening." Smart displays, though their capabilities vary, are not replacements for handheld devices. They're meant to be shared. The Home Hub is in many ways a smart speaker with a 7-in. Yet supplanting those handheld devices is a value proposition that Google employees emphasized when I asked why people need this, as if the smart display would function as a Plexiglass partition between me and my smartphone -- servicing many of my basic needs and desires without exposing me to distracting, endless notifications. "The way we designed this is it's there.