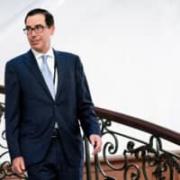 SAN FRANCISCO – When Liz O'Sullivan was hired at the New York City-based artificial intelligence company Clarifai in 2017, she felt lucky to find work at the intersection of two of her main interests: technology and ethics. Two years later, she found herself facing a moral dilemma. Clarifai was developing aerial photography and object detection tools as one of several companies working on Project Maven, a Pentagon drone surveillance program. After several conversations with friends and colleagues, O'Sullivan realized this type of technology eventually could be used for autonomous weapons. In January, she wrote to Clarifai CEO Matt Zeiler on behalf of a group of employees, seeking clarification on whether the technology would be used to create weapons and asking him to commit to a series of ethical measures.