An AI power play: Fueling the next wave of innovation in the energy sector 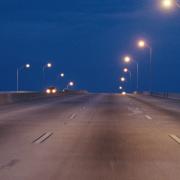 Tatum, Texas might not seem like the most obvious place for a revolution in artificial intelligence (AI), but in October of 2020, that's exactly what happened. That was when Wayne Brown, the operations manager at the Vistra-owned Martin Lake Power Plant, built and deployed a heat rate optimizer (HRO). Vistra Corp. is the largest competitive power producer in the United States and operates power plants in 12 states with a capacity of more than 39,000 megawatts of electricity--enough to power nearly 20 million homes. Vistra has committed to reducing emissions by 60 percent by 2030 (against a 2010 baseline) and achieving net-zero emissions by 2050. To achieve its goals, the business is increasing efficiency in all its power plants and transforming its generation fleet by retiring coal plants and investing in solar- and battery-energy storage, which includes the world's largest grid-scale battery energy-storage facility.