NASA releases never-before-seen pictures of Bennu, an asteroid that may hold the building blocks of life

Fox News Flash top headlines are here. Check out what's clicking on Foxnews.com. Following Tuesday's historic touchdown on the asteroid Bennu, NASA has released never-before-seen images of the OSIRIS-REx spacecraft kicking up rocks and debris on the space rock's surface. The images are from the point in time when OSIRIS-REx approached and touched down on the surface of Bennu, which is more than 200 million miles from Earth. "The spacecraft's sampling arm – called the Touch-And-Go Sample Acquisition Mechanism (TAGSAM) – is visible in the lower part of the frame," NASA wrote on its website.

Fox News Flash top headlines are here. Check out what's clicking on Foxnews.com. NASA's OSIRIS-REx spacecraft made its historic touchdown on asteroid Bennu Tuesday, retrieving a sample from the space rock that will be returned to Earth. OSIRIS-REx reached the surface of Bennu at 6:11 p.m. EDT in a mission that NASA says will help unlock the secrets of the solar system. The "tag" or sample collection, was complete at 6:11 p.m. EDT and the spacecraft left the asteroid's surface.

More than 195 drivers have won a Cup Series race since NASCAR started in 1948, but who has won the most? Kyle Larson can return to NASCAR competition next season following a long suspension for using a racial slur while playing a video game. He was suspended in April for after he used the n-word while playing an online racing game in which viewers could follow along. He was dropped by his sponsors and fired by Chip Ganassi Racing. Larson, who is half-Japanese, spent the last six months immersed in diversity programs that helped him gain an understanding of racial injustice. 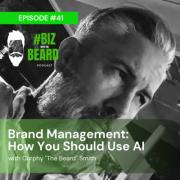 Nov 1st, 2019 will mark the 20th anniversary of the death of the greatest football player of all time, #34, Walter Payton of the Chicago Bears. The #BIZ with Beard & Bald Podcast was blessed to spend time with Walter's son, Jarrett Payton, this week to discuss his dad as a player, father, friend, and the impact he had on the world. Jarrett shares with us the motivational wisdom of his father, living with the Payton name, being there for his dad at the end of his life, and what it meant to induct his dad into the NFL Hall of Fame. Jarret reveals Walter's true feelings about not getting the ball to score in the Super Bowl, his impact on racial boundaries, who is the GOAT, and some touching and private moments that have never been shared before. Jarrett discusses his own success and journey and how his father's encouragement and guidance, even in death, have helped mold him into the successful entrepreneur, father, husband, and man he is today. After a rocky, unpredictable season, the San Francisco Shock defeated the Seoul Dynasty, 4-2, to secure their place as Overwatch League's first back-to-back world champions. Seoul came from behind on Saturday, cutting through skepticism and pushing the series to six maps, with a series of clutch plays by Junyoung "Profit" Park, who won the 2018 Overwatch Grand Finals with the London Spitfire.

Recent technology and business media have given much coverage to the expanding use case of machine learning and artificial intelligence, but how much have they talked about economics of AI? At the physical layer, more objects in our lives are embedded with sensors or are sensors. The aim and consequence are to record and quantify more of our physical world, creating vast data sets that make machine learning possible. At the application layer, growing compute power and model sophistication such as dimensionality reduction and manifold learning have helped data scientists tackle messier technical problems than could be addressed even just a few years ago. Meanwhile, the pandemic has heightened the urgency and societal stakes to direct research insights toward practical problem-solving, broadly defined.

RoboCup-97, The First Robot World Cup Soccer Games and Conferences, was held at the Fifteenth International Joint Conference on Artificial Intelligence. There were two leagues: (1) real robot and (2) simulation. Ten teams participated in the real-robot league and 29 teams in the simulation league. Over 150 researchers attended the technical workshop. The world champions are CMUNITED (Carnegie Mellon University) for the small-size league, DREAMTEAM (University of Southern California) and TRACKIES (Osaka University, Japan) for the middle-size league, and AT-HUMBOLDT (Humboldt University) for the simulation league.

New Orleans Saints' fullback Michael Burton will be active for Sunday's game against the Detroit Lions just one day after receiving a false positive COVID-19 test result. Burton tested positive on Saturday night signaling trouble for the league already dealing with an outbreak and several other isolated cases among teams but a re-test on Sunday morning turned back a negative test result, The Athletic reported. Burton and other Saints players also underwent rapid testing which all came back negative giving them a green light to carry on with the Lions game as scheduled. The NFL has been forced to postpone two games and adjust team schedules after the Tennessee Titans had around 20 people - 10 players and 10 personnel - test positive this past week. The Titans-Pittsburgh Steelers game, originally scheduled for Sunday, was postponed until Oct. 25 -- during Tennessee's bye.

Large-scale dissemination of disinformation online intended to mislead or deceive the general population is a major societal problem. Rapid progression in image, video, and natural language generative models has only exacerbated this situation and intensified our need for an effective defense mechanism. While existing approaches have been proposed to defend against neural fake news, they are generally constrained to the very limited setting where articles only have text and metadata such as the title and authors. In this paper, we introduce the more realistic and challenging task of defending against machine-generated news that also includes images and captions. To identify the possible weaknesses that adversaries can exploit, we create a NeuralNews dataset composed of 4 different types of generated articles as well as conduct a series of human user study experiments based on this dataset. In addition to the valuable insights gleaned from our user study experiments, we provide a relatively effective approach based on detecting visual-semantic inconsistencies, which will serve as an effective first line of defense and a useful reference for future work in defending against machine-generated disinformation.