Pushing Buttons: Why linking real-world violence to video games is a dangerous distraction

Welcome to Pushing Buttons, the Guardian's gaming newsletter. If you'd like to receive it in your inbox every week, just pop your email in below – and check your inbox (and spam) for the confirmation email. Remember how, in the wake of yet more awful shootings in the US this month, Fox News decided to blame video games rather than, you know, the almost total absence of meaningful gun control? Remember how I said last week that the video-games-cause-violence "argument" was so mendacious and nakedly manipulative that I wasn't going to dignify it with a response? Well, here I am, responding, because the supposed link between video games and real-life violence is one of the most persistent myths that I've encountered over the course of my career, and it has an interesting (if also infuriating) history. 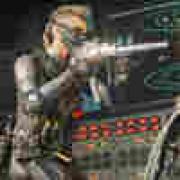 The Morning After: Will EA be the next gaming giant to sell itself?

Electronic Arts is actively courting buyers -- or another company willing to merge with it, according to insider news site, Puck. The video game company reportedly held talks with several potential buyers or partners, including major players Disney, Apple and Amazon. EA remains a company of its own for now, but Puck said it's more proactive in its quest to find a sale since Microsoft announced it's snapping up Activision Blizzard for $68.7 billion. In short, it shows that some companies are willing to throw around enough money to buy a gaming giant like EA. The company, arguably best known for its legion of sports games, recently parted ways with FIFA for its soccer/football series. It'll be called EA Sports FC going forward.

The Morning After: Our favorite small kitchen gadgets

As we wrap up our Cooking Week on Engadget, my purchase of a milk frother is just one part of the Engadget team's surprisingly broad selection of essential small kitchen gadgets -- big spenders can scroll down to Breville's bonkers induction cooker. But back to me: Nespresso's Barista Recipe Maker heats and froths your milk (or milk alternative) simply to upgrade your espressos or moka coffees into flat whites, cappuccinos and more. I've owned mine for a couple of years, and I love how easy it is to clean. The spin mechanism is magnet-based, too, so it's less likely to break and should last plenty of summers filled with iced macchiatos. For all the other kitchen-centric stories this week, you can find them here.

The wildly popular FIFA video-game series will be rebranded EA Sports FC next year, its publisher Electronic Arts said on Tuesday, ending a three-decade relationship with football's governing body. Launched in 1993, a generation of millions of football fans and gamers across the globe grew up playing the game and it became a huge money-spinner. But "months of tense negotiations" between California-based Electronic Arts (EA) and governing body FIFA failed to end in an agreement to extend the partnership, The New York Times reported. FIFA reportedly wanted the $150 million it gets annually from EA to be increased to $250 million or more. The game has more than 150 million player accounts, according to EA, and The New York Times said it had generated more than $20 billion in sales over the past two decades.

Video game developers are champing at the bit ahead of an influx of money from some of the biggest technology companies in the world as they compete to build a "Netflix for games". At the centre of the contest are Microsoft and Sony, followed by less gaming-centric companies such as Apple, Amazon and Netflix who have all launched subscription services in an attempt to entice gamers on to their platforms. Microsoft has spent four years building up its flagship subscription, Xbox Game Pass, which offers unlimited access to more than 100 games for its Xbox family of consoles for a £10.99 monthly fee. In March, Sony announced plans to compete directly with Game Pass with a raft of changes to its PlayStation Plus service, which will eventually launch with 700 titles for £13.49 a month (or £99.99 a year), though largely focused on older titles. Alongside the two console manufacturers, a host of companies have launched similar services.

So, you know, if this robot has a different camera than that robot, I can still get it, figure it out and get it to work. I don't, I don't have to throw the application away. And that's one of the things that's a little crazy in automotive is, you know, you start swapping out some hardware pieces underneath. You might actually have to scrap and completely rewrite an application because you don't have these kinds of abstractions, you know, you don't have the ability to like, just pick up your software. Like, you know, oh, I was running on, you know, ECU A today, but I can't get it because of the COVID supply chain.

Nick Kaman, the co-founder and art director of Aggro Crab, an indie-game studio in Seattle, is twenty-six years old, with messy, brass-bleached hair, large round eyeglasses, and a small silver hoop in each earlobe; self-deprecating and sincere, with a sarcastic streak, he speaks with slacker chill. At the University of Washington, he studied human-centered design and engineering--"Pretty cringe," he said--while teaching himself how to make video games. Eventually, he started running the on-campus game-development club, which taught students how to build games along the lines of Flappy Bird using Unity, a game engine. "You can make that game in half an hour, but by doing that you've learned all these fundamentals of game-making," Kaman said. "Like, how do I do player input? How do I do jump physics? How do I spawn in pipes that move from the right to the left?"