Facebook's new Artificial Intelligence technology not only identifies Deepfakes, it can also gives hints about their origin

Facebook's new Artificial Intelligence technology not only identifies Deepfakes, it can also gives hints about their origin Artificial intelligence (AI) created videos and pictures have become much popular and that can create some serious problems as well, because you can create fake videos, and manipulated images of any type to put anyone in trouble. Deepfakes use deep learning models to create fictitious photos, videos, and events. These days, deepfakes look so realistic that it becomes very difficult to identify the real picture from the fake one with a normal human eye, therefore, Facebook's AI team has created a model in collaboration with a group of Michigan State University that has the ability to identify not only the fabricated picture or videos, but it can even trace the origin. The latest technology of Facebook checks the resemblances from a compilation of deepfakes datasets to find out if they have a common basis, looking for a distinctive model such as small specks of noise or minor quirks in the color range of a photo. By spotting the small finger impressions in the photo, the new AI model is capable to distinguish particulars of how the impartial network that produced the photo was invented, such as how large the prototype is and how it was prepared.

No bots need apply: Microtargeting employment ads in the age of AI

Keith E. Sonderling is a commissioner for the U.S. Equal Employment Opportunity Commission. Views are the author's own. It's no secret that online advertising is big business. In 2019, digital ad spending in the United States surpassed traditional ad spending for the first time, and by 2023, digital ad spending will all but eclipse it. It's easy to understand why. Digital marketing is now the most effective way for advertisers to reach an enormous segment of the population -- and social media platforms have capitalized on this to the tune of billions of dollars.

Fox News Flash top entertainment and celebrity headlines are here. Check out what's clicking today in entertainment. Twitter users couldn't get enough of Julia Markham Cameron, an attorney from Brooklyn, New York, who made quite a name for herself during Thursday's episode, which was guest hosted by "Big Bang Theory" alum and neuroscientist Mayim Bialik. Cameron was declared the winner, pocketing $16,450 for her smarts, but it was her memorable facial expressions that appeared to steal the show. Viewers watching at home took to Twitter to react to Cameron's over-the-top expressions, which have been described as "goofy" and "hilarious."

Data is eating the world, byte after byte after byte. "Data continues to be probably the largest untapped resource in companies like ours"--David Reilly, CIO of global banking and markets, Bank of America "…this is a casualty of politics, bad information and cheap sound bytes. We should have named it'Lassie' [instead of Digidog]"--John Miller, deputy commissioner for intelligence and counterterrorism, NYPD "Not everything on Twitter is a good candidate for an algorithm, and… how to crop an image is a decision best made by people"--Rumman Chowdhury, Director, Software Engineering, Twitter Fill" to solve the final puzzle in the annual American Crossword Puzzle Tournament, over two minutes ahead of the fastest human contestant and 1,300 other human contestants [DeepLearning.AI] "AI is neither artificial nor intelligent"--Kate Crawford "The rapid sharing of information through links enhances the field of journalism. That it is being compromised by the fundamental volatility of the Web points to the need for new practices, workflows, and technologies"-- John Bowers, Clare Stanton, and Jonathan Zittrain, "What the ephemerality of the Web means for your hyperlinks," Columbia Journalism Review, May 2021 "Decentralization requires compromises: The Web had to throw away the ideal of total consistency of all its interconnections, ushering in the infamous message'Error 404: Not Found' but allowing unchecked exponential growth"--Tim Berners-Lee, James Hendler, and Ora Lassila, "The Semantic Web," Scientific American, May 2001 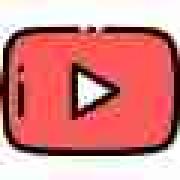 With a high user base comes a mighty recommendation system. You know me guys, I love to decode interesting algorithms. You can check out my articles on TikTok, Tinder, GPT-3, Google Hum! Homepage -- Give suggestions without any query/navigation. YouTube is a video-sharing website launched back in 2007 by three PayPal employees: Chad Hurley, Steve Chen, and Jawed Karim. Once started above the small restaurant at California City, YouTube has detonated the market with its simplicity and a wide range of audiences.

A.I. Is Solving the Wrong Problem 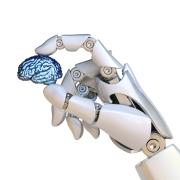 On a warm day in 2008, Silicon Valley's titans-in-the-making found themselves packed around a bulky, blond-wood conference room table. Although they are big names today, the success of their businesses was hardly assured at the time. Jeff Bezos's Amazon operated on extremely tight margins and was not profitable. They had just launched the cloud computing side business that would become Amazon's cash cow, but they didn't know it yet. Sean Parker had been forced out of Facebook, retreating to a role as managing partner of Peter Thiel's Founders Fund.

Most persuasive AI voices on LinkedIn in 2021

Bernard Marr-- 1,465,526 followers: LinkedIn has effectively granted Bernard Marr as one of the world's main 5 influencers in the AI world. He is the author of the world-driving organization, Bernard Marr and Co., which gives center administrations in the space of Strategy and Business Performance, Big Data Analytics, AI and ML, Performance Management, and some more. His expert assertions on AI and its advancements are being referenced on mainstream TV, papers, and radio channels. Allie K. Miller-- 1,091,820 followers: Known as the AI Business Leader and International Speaker in San Francisco. She is impacting the crowd by building and scale a business in the Artificial Intelligence world. Social media firms claim they're just trying to build communities and connect the world and that they need ad revenues to remain free. But nothing is really free. For them, more views mean more money and so they've optimized their algorithms to maximize engagement. Views are the algorithms' "reward function" -- the more views the algorithms can attract to the platform the better. When an algorithm promotes a given post and sees an upsurge of views, it will double down on the strategy, selectively timing, targeting and pushing posts in ways that it has found will stimulate further sharing, a process called reinforcement learning.

Data science is an interdisciplinary field that uses scientific methods, processes, algorithms and systems to extract knowledge and insights from structured and unstructured data, and apply knowledge and actionable insights from data across a broad range of application domains. In this blog, we provide links to popular open-source and public data sets, data visualizations, data analytics resources, and data lakes. A corpus of web crawl data composed of over 50 billion web pages. The Common Crawl corpus contains petabytes of data collected since 2008. It contains raw web page data, extracted metadata and text extractions.

Want your matches to know you're ready for Hot Vaxxed Summer? OkCupid will let you add a new "I'm Vaccinated" badge to your profile. OkCupid is teaming up with the White House to boost vaccinations in the U.S. and daters who make use of the badges will receive a free "boost" on their profiles. Daters will also be added to OkCupid's "Vaccinated Stack" which lets people select profiles based on certain categories. You'll be able to use the badges from May 24, and the stack feature will launch at the start of June.