Anyone with a wet finger in the air has by now heard that Google is facing an identity crisis because of its links to the American military. To crudely summarise, Google chose not to renew its "Project Maven" contract to provide artificial intelligence (A.I) capabilities to the U.S. Department of Defense after employee dissent reached a boiling point. This is an issue for Google, as the "Do No Evil" company is currently in an arm-wrestling match with Amazon and Microsoft for some juicy Cloud and A.I government contracts worth around $10B. Rejecting such work would deprive Google of a potentially huge business; in fact, Amazon recently advertised its image recognition software "Rekognition for defense", and Microsoft has touted the fact that its cloud technology is currently used to handle classified information within every branch of the American military. Nevertheless, the nature of the company's culture means that proceeding with big defence contracts could drive A.I experts away from Google.

The word "deep" in "deep learning" refers to the number of layers through which the data is transformed. More precisely, deep learning systems have a substantial credit assignment path (CAP) depth. The CAP is the chain of transformations from input to output. CAPs describe potentially causal connections between input and output. For a feedforward neural network, the depth of the CAPs is that of the network and is the number of hidden layers plus one (as the output layer is also parameterized).

The US Army is developing its most powerful laser yet that is a million times more powerful than current systems. Most laser weapons fire a continuous beam until a target melts or catches fire, but the Tactical Ultrashort Pulsed Laser (UPSL) for Army Platforms will emit short, pulse-like bursts. Its being designed to reach a terawatt for a brief 200 femtoseconds, which is one quadrillionth of a second, compared to the 150-kilowatt maximum of current systems. It's also thought such a burst would disrupt nearby electronics systems, making it a functional electromagnetic pulse (EMP). The US military group is aiming to have a working prototype by August 2022.

A new stabilizer could soon turn any soldier into an expert marksman, able to hit their targets with deadly accuracy--even from a standing position. The Aim Control Enhancer, or ACE, is being evaluated by the US Army for its Next Generation Squad Weapon (NGSW) Program, which fast-tracks cutting-edge firearms. The device easily attaches to a rifle's Picatinny rail, the mounting platform near the muzzle, and is held by the shooter's non-firing hand. It was originally developed as part of the U.S. Special Operations Command's now-scuttled'Iron Man' super-suit program. The Aim Control Enhancer, or ACE (pictured), stabilizes a rifle barrel against unnecessary movement. It's being evaluated by the US Army as part of its Next Generation Squad Weapon (NGSW) Program The enhancer attaches to the weapon's mounting platform and the shooter grips it with their non-firing hand, like a rifle foregrip, Task and Purpose reported.

The aircraft carrier Nimitz is finally going home. The Pentagon last month ordered the warship to remain in the Middle East because of Iranian threats against President Donald J. Trump and other American officials, just three days after announcing the ship was returning home as a signal to de-escalate rising tensions with Tehran. With those immediate tensions seeming to ease a bit, and President Biden looking to renew discussions with Iran on the 2015 nuclear accord that Mr. Trump withdrew from, three Defense Department officials said on Monday that the Nimitz and its 5,000-member crew were ordered on Sunday to return to the ship's home port of Bremerton, Wash., after a longer-than-usual 10-month deployment. The Pentagon for weeks had been engaged in a muscle-flexing strategy aimed at deterring Iran and its Shia proxies in Iraq from attacking American personnel in the Persian Gulf to avenge the death of Maj. General Suleimani, the commander of Iran's elite Quds Force of the Islamic Revolutionary Guards Corps, was killed in an American drone strike in January 2020.

US has 'moral imperative' to develop AI weapons, says panel

The US should not agree to ban the use or development of autonomous weapons powered by artificial intelligence (AI) software, a government-appointed panel has said in a draft report for Congress. The panel, led by former Google chief executive Eric Schmidt, on Tuesday concluded two days of public discussion about how the world's biggest military power should consider AI for national security and technological advancement. Its vice-chairman, Robert Work, a former deputy secretary of defense, said autonomous weapons are expected to make fewer mistakes than humans do in battle, leading to reduced casualties or skirmishes caused by target misidentification. "It is a moral imperative to at least pursue this hypothesis," he said. For about eight years, a coalition of non-governmental organisations has pushed for a treaty banning "killer robots", saying human control is necessary to judge attacks' proportionality and assign blame for war crimes. 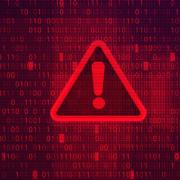 The U.S. government is tasked with protecting classified data and combating potential threats, an area of growing concern with the increasing use of web-based applications required for remote working. Due to high demands, the teams tasked with safeguarding data need a new way--or new capabilities--to scale cybersecurity efforts, especially as many government agencies also face the challenge of limited resources and massively growing data sets and feeds. Pushed by the pandemic, governments are accelerating digital transformation efforts to implement artificial intelligence for cybersecurity needs, as it brings capabilities beyond what manual human surveillance can provide. In fact, the Defense Department's investment in AI has increased from $600 million in fiscal 2016 to $2.5 billion in fiscal 2021. The security operations center is the "mothership" of security within government agencies.

US Army researchers are developing muscle-bound, Terminator-like war robots that have living tissue

The US Army is developing a nightmarish thermal facial recognition system

The US Army just took a giant step toward developing killer robots that can see and identify faces in the dark. DEVCOM, the US Army's corporate research department, last week published a pre-print paper documenting the development of an image database for training AI to perform facial recognition using thermal images. Why this matters: Robots can use night vision optics to effectively see in the dark, but to date there's been no method by which they can be trained to identify surveillance targets using only thermal imagery. This database, made up of hundreds of thousands of images consisting of regular light pictures of people and their corresponding thermal images, aims to change that. How it works: Much like any other facial recognition system, an AI would be trained to categorize images using a specific number of parameters.

Former DOD Head: The US Needs a New Plan to Beat China on AI

On Wednesday, I hosted a discussion with former secretary of defense Ashton Carter, who is now the director of the Belfer Center for Science and International Affairs at the Harvard Kennedy School. The conversation was part of WIRED's CES programming, which tackled the biggest trends that will shape 2021, from medicine to autonomous driving to defense. We took questions from viewers in real time. The conversation has been lightly edited for clarity. Nicholas Thompson: You've had an incredible 35-year career in the US government and in the private sector, working for Republicans and Democrats, always trying to identify what the most important issue of our time is, the smartest solutions to it, and the fairest ways to think about it.