If mortgage lenders could figure out when their existing customers were thinking about moving, they could offer to help them find their next home -- and prequalify them for a loan. That's the thinking behind two complementary services offered to mortgage lenders by Senso, a Toronto-based fintech analytics startup. Senso Insights employs artificial intelligence to evaluate a lender's existing pool of borrowers to identify those who are actively looking to buy their next home. After calculating each homebuyer's purchasing power, Senso Engage provides them with personalized listings prioritized by neighborhood and affordability, along with access to loan pre-approval. This automated lead-nurturing campaign can help keep borrowers from defecting to another lender. 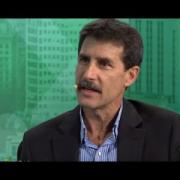 Okapi, a commercial real estate-focused artificial intelligence (AI) platform, has raised $5.5 million in Series-A financing. The funding round was led by Marius Nacht, the co-founder and chairman of Check Point Software Technologies and a hi-tech entrepreneur, and brings the total amount of capital Okapi has raised to $8.4 million. Founded by Iris Tsidon and Maya Gal, Okapi is a machine learning-powered software platform that analyzes disparate streams of property-related data to provide building professionals with predictive, targeted insights that improve tenant comfort and increase landlords' income opportunities. "After beginning North American operations in 2017, we quickly gained traction with Canada's largest landlords, helping to improve operations for their portfolios while increasing NOIs by 1-3 percent," said Tsidon, Okapi's CEO. "Just a few months after launching in the U.S., this funding round enables us to expand our team and increase our market penetration. We have found that there is incredible demand for artificial intelligence tools to analyze the vast troves of data that owners and operators are neglecting, and now we have the resources to add industry veterans to our staff and advisory board to help facilitate our expansion."

Winners Announced for the Zillow Prize For Spectrum's January issue, I wrote about the Zillow Prize competition, in which nearly 4,000 teams were pitted against one another in a quest to come up with a computerized algorithm or machine-learning system that could predict the future sale price of homes. Real-estate giant Zillow organized the competition in hopes of using what it learned from these teams to improve its own system of predicting home prices, something the company calls the "Zestimate." And today, Zillow has announced a winner: a team made up of Chahhou Mohamed of Morocco, Jordan Meyer of the United States, and Nima Shahbazi of Canada, whose predictions bettered the Zestimate by about 13 percent. Stan Humphries, chief analytics officer for the Zillow Group, in Seattle, says that he and his colleagues have learned an enormous amount from the winning team and others in the competition--thousands of people working for two years on the problem: "That's a huge help," says Humphries. Although he couldn't be too specific, Humphries shared that one area of insight was "how you combine various models in an ensemble approach."

Akelius buys, upgrades and manages residential properties. The company owns 47,000 apartments in Sweden, Denmark, Germany, France, Canada, England and the United States. We are a rapidly growing international company more than eight hundred employees around the world. An integral part of our company is the Technology department. The Development team consists of more than one hundred employees mostly based in Berlin.

Last June Volume, a leading magazine on architecture and design, published an article on the GoogleUrbanism project. Conceived at a renowned design institute in Moscow, the project charts a plausible urban future based on cities acting as important sites for "data extractivism" – the conversion of data harvested from individuals into artificial intelligence technologies, allowing companies such as Alphabet, Google's parent company, to act as providers of sophisticated and comprehensive services. The cities themselves, the project insisted, would get a share of revenue from the data.