Retired Col. Douglas MacGregor has been a vocal proponent of withdrawing from Afghanistan, Syria and South Korea; Jennifer Griffin reports. As it stands, more than 55,000 active-duty U.S. soldiers – wracked by war wounds and injuries – are deemed non-deployable. In 2018, more than half of all active-duty soldiers sustained some form of physical trauma – with over 70% diagnosed as lower extremity micro-traumatic musculoskeletal (MSK) or "overuse" injuries. And aside from the gaping hole it leaves in the defense and security arena, the medical costs related to MSK ailments across all military branches cost the U.S. taxpayer more than $575 million per year. The U.S Marines using the Sparta Science system were taken at the School of Infantry – West Training Command at MCB Camp Pendleton, California. But in a bid to solve the impasse and cut down on costs, the Department of Defense is turning to an emerging new force plate and machine learning technology – from Sparta Science – to pinpoint potential problem points to prevent future maladies, zap the attrition rate and increase physical readiness.

How the Army's new light tank and combat vehicles were born

Fox News Flash top headlines are here. Check out what's clicking on Foxnews.com. U.S. Army weapons developers, Pentagon leaders and industry armored vehicle builders are all experiencing tremendous enthusiasm over progress with a new light tank, called the Mobile Protected Firepower (MPF), as well as its emerging fleet of Next-Generation Combat Vehicles (NGCV). These programs have many new features, including AI-enabled sensors and an ability to operate multiple air and ground drones with manned-unmanned teaming. More importantly, these vehicles will have new levels of survivability while also being a lighter-weight, faster, more expeditionary and deployable fleet of armored vehicles.

Inference in artificial intelligence with deep optics and photonics

Research being conducted by the U.S. Army Combat Capabilities Development Command (DEVCOM) is focused on a new machine learning approach that could improve radar performance in congested environments. Researchers from DEVCOM, Army Research Laboratory, and Virginia Tech have developed an automatic way for radars to operate in congested and limited-spectrum environments created by commercial 4G LTE and future 5G communications systems. The researchers claim they examined how future Department of Defense radar systems will share the spectrum with commercial communications systems. The team used machine learning to learn the behavior of ever-changing interference in the spectrum and find clean spectrum to maximize the radar performance. Once clean spectrum is identified, waveforms can be modified to best fit into the spectrum.

Senvol machine learning to be used for missile application with the U.S. Army

Nearshore bathymetry, the topography of the ocean floor in coastal zones, is vital for predicting the surf zone hydrodynamics and for route planning to avoid subsurface features. Hence, it is increasingly important for a wide variety of applications, including shipping operations, coastal management, and risk assessment. However, direct high resolution surveys of nearshore bathymetry are rarely performed due to budget constraints and logistical restrictions. Another option when only sparse observations are available is to use Gaussian Process regression (GPR), also called Kriging. But GPR has difficulties recognizing patterns with sharp gradients, like those found around sand bars and submerged objects, especially when observations are sparse. In this work, we present several deep learning-based techniques to estimate nearshore bathymetry with sparse, multi-scale measurements. We propose a Deep Neural Network (DNN) to compute posterior estimates of the nearshore bathymetry, as well as a conditional Generative Adversarial Network (cGAN) that samples from the posterior distribution. We train our neural networks based on synthetic data generated from nearshore surveys provided by the U.S.\ Army Corps of Engineer Field Research Facility (FRF) in Duck, North Carolina. We compare our methods with Kriging on real surveys as well as surveys with artificially added sharp gradients. Results show that direct estimation by DNN gives better predictions than Kriging in this application. We use bootstrapping with DNN for uncertainty quantification. We also propose a method, named DNN-Kriging, that combines deep learning with Kriging and shows further improvement of the posterior estimates.

A machine learning algorithm has shown the ability to link specific behaviors, such as walking and breathing, to their related brain signals – a first step to developing brain-machine interfaces. The algorithm, funded by the US Army, was tested on two monkeys that made various arm and eye movements. The technology successfully isolated the neural patterns in each of the animal's brain signals and determined which control these specific movements. The brain decoding algorithm could be designed to restore lost functions in those suffering with neurological and mental disorders. Although the algorithm is still in the development phase, the team sees it being used in brain-machine interfaces.

WASHINGTON -- The U.S. Army's heavy common ground robot has reached full-rate production, less than a year after FLIR won the contract to deliver the system, FLIR's vice president in charge of unmanned ground systems told Defense News in an interview this month. "We've progressed with the U.S. Army through all the milestones on the program and are now at full-rate production on the program. We're building systems, we're delivering them, there are systems out at Fort Leonard Wood right now going through training with troops and there are more systems in the pipeline to be delivered all the way through next year and further," Tom Frost said. "I think what's remarkable is how quickly the Army was able to run a program to find a very capable, large [explosive ordnance disposal] robot and then get it out to troops as quickly as they did," he added. The service award FLIR an Other Transaction Authority type contract in November 2019 to provide its Kobra robot to serve as its Common Robotic System-Heavy -- or CRS-H.

In the near futures, the U.S. Army plans to deploy packs of semi-autonomous robot tanks armed to the brim with chainguns, missiles, and other fearsome weaponry. Two classes of these Robotic Combat Vehicles (RCVs) are already under development, Breaking Defense reports, with a third on the way. As they make their way to future battlefields, Major Corey Wallace explained at a conference last week, they'll be used to lead the charge in both conventional and electronic warfare in the years to come. The U.S. Army is building RCV lights, mediums, and heavies. Respectively, the three are lightweight scouting vehicles, heavily armed mini tanks, and powerful artillery vehicles. 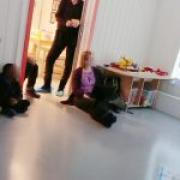 The first RCV-L was delivered to GVSC on November 5, 2020. The RCV-L, provided by the team of QinetiQ Inc. (QinetiQ) and Pratt Miller Defense (Pratt Miller), is the first of four systems to be delivered. The culmination of eight months of challenging work, this on-time delivery is a major milestone for the RCV program's industry/government collaboration. Michael Rose; Branch Chief for Robotic Combat Platforms, GVSC Ground Vehicle Robotics; shared the following after the delivery took place. "The delivery of the first RCV-L is an exciting result of numerous government organizations and industry working together to achieve our first combat ready robotic vehicle. This unit is the first of four vehicles developed in support of the Manned-Unmanned Teaming (MUM-T) Soldier Operational Experiment, planned for 2022, and represents a significant milestone for the program. QinetiQ and Pratt Miller have successfully developed and delivered these systems within budget and on-schedule even in the face of the COVID-19 pandemic. The GVSC team now plans to add Autonomous Mobility as well as Government Furnished Software for the Tethered UAS Multi-Mission Payload and CROWS-J Lethality package."