Fox News Flash top headlines are here. Check out what's clicking on Foxnews.com. A Tennessee man was sentenced Tuesday to 45 months in prison for leaking classified information about the U.S. drone program in Afghanistan while he was working as an Air Force intelligence analyst. Daniel Hale, 33, pleaded guilty in March to violating the Espionage Act by leaking top-secret documents to a reporter. Hale, who was sentenced in U.S. District Court in Alexandria, said his guilt over participating in lethal drone strikes in Afghanistan led him to leak government secrets.

US launches drone strikes in Afghanistan ahead of Biden's meeting with Ghani, defense official says

The U.S. military has launched two drone strikes against Taliban positions in northern Afghanistan, a U.S. defense official told Fox News on Friday. The strikes came hours before Afghan President Ashraf Ghani is set to meet President Biden at the White House Friday afternoon. An unknown number of Taliban fighters were killed in Baghlan and Kunduz provinces, where the strikes took place. Taliban fighters react to a speech by their senior leader in the Shindand district of Herat province, Afghanistan, in 2016. Three more districts fell to the Taliban overnight.

WHEN IT COMES to artificial intelligence (AI), spy agencies have been at it longer than most. In the cold war, America's National Security Agency (NSA) and Britain's Government Communications Headquarters (GCHQ) explored early AI to help transcribe and translate the enormous volumes of Soviet phone-intercepts they began hoovering up in the 1960s. Yet the technology was immature. One former European intelligence officer says his service did not use automatic transcription or translation in Afghanistan in the 2000s, relying on native speakers instead. Now the spooks are hoping to do better. The trends that have made AI attractive for business--more data, better algorithms, and more processing power to make it all hum--are giving spy agencies big ideas, too. 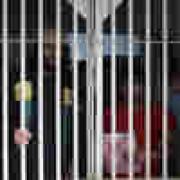 Elham Mansoori, member of Afghan Dreamers, an all-girls robotics team in Afghanistan, works on their prototype of a ventilator. In Afghanistan, a group of teenage girls are trying to build a mechanized, hand-operated ventilator for coronavirus patients, using a design from M.I.T. and parts from old Toyota Corollas. It sounds like an impossible dream, but then again, the all-girls robotics team in question is called the "Afghan Dreamers." Living a country where two-thirds of adolescent girls cannot read or write, they're used to overcoming challenges. The team of some dozen girls aged 15 to 17 was formed three years ago by Roya Mahboob, an Afghan tech entrepreneur who heads the Digital Citizen Fund, a group that runs classes for girls in STEM and robotics and oversees and funds the Afghan Dreamers.

File photo - U.S. soldiers from the 3rd Cavalry Regiment watch as CH-47 Chinook helicopter from the 82nd Combat Aviation Brigade lands after an advising mission at the Afghan National Army headquarters for the 203rd Corps in the Paktia province of Afghanistan December 21, 2014. Warrior Maven: What is the primary purpose of the Army's AI Task Force? Matty: The Army AI Task Force was established with a Secretary of the Army directive in October of 2018. There are four thrusts or top initiatives from the Secretary's directive. One component is we are leveraging AI to help our talent management in human resources. 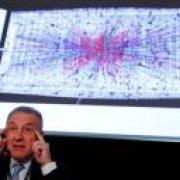 Mullah Fazlullah, Tehreek-e-Taliban Pakistan (TTP) leader, accused of shooting activist Malala Yousafzai was killed by a United States drone strike June 13 close to the border between Afghanistan and Pakistan, a U.S. military official confirmed to Voice of America. "U.S. forces conducted a counterterrorism strike June 13 in Kunar province, close to the border between Afghanistan and Pakistan, which targeted a senior leader of a designated terrorist organization," army Lt. Col. Martin O'Donnell, a spokesman for U.S. forces in Afghanistan said. He was reportedly traveling in a vehicle with four other commanders when the strike took place, Pakistani daily the Express Tribune reported. "A US drone strike in Afghanistan's northeastern Kunar province has killed the leader of the TTP," Mohammad Radmanish, Afghanistan's Ministry of Defense spokesperson, told CNN. "US Forces-Afghanistan and NATO-led Resolute Support forces continue to adhere to the Government of the Islamic Republic of Afghanistan's unilateral ceasefire with the Afghan Taliban, announced by ... Afghan President Ashraf Ghani, which began on the 27th day of Ramadan," a statement from U.S. Forces-Afghanistan said claiming the strike did not put the ceasefire order by President Ashraf Ghani into risk, CNN reported. "As previously stated, the ceasefire does not include US counterterrorism efforts against IS-K, al Qaeda, and other regional and international terrorist groups, or the inherent right of US and international forces to defend ourselves if attacked," the statement added.

Pakistan Taliban leader Mullah Fazlullah was killed in a U.S. drone strike in Afghanistan, the Afghan Defense Ministry announced Friday. The U.S. military said Thursday it had carried out an airstrike targeting a senior militant in northeastern Kunar, according to Reuters. A U.S. official told the news agency the target was believed to be Fazlullah. Four other senior Taliban militants were also killed in the strike, The New York Times reported. Fazlullah is considered one of the most-wanted Pakistan militants and is believed to be behind the attacks on Pakistani security officials and civilians.

Afghanistan and Pakistan accuse each other of allowing militant groups to shelter in remote frontier regions to prepare cross-border attacks. U.S. officials have also accused Pakistan of not doing enough to crack down on such groups operating on its side of the border.