Out of more than 300 artificial intelligence proposals, the Centers for Medicare & Medicare Services (CMS) picked 25 organizations for the next stage of its AI challenge including IBM, Booz Allen Hamilton and Mayo Clinic. The organizations are competing for a $1 million prize to develop the best tool for predicting patient health outcomes. CMS says the AI challenge, which launched in March, will accelerate the development of AI solutions that aid clinicians in predicting health outcomes and keeping patients healthy. The central goal is to develop AI-driven predictions healthcare providers and clinicians participating in CMS Innovation Center models can use, CMS officials said. RELATED: CMS offers up to $1.6M in AI challenge for better healthcare prediction tools The challenge was created in partnership with the American Academy of Family Physicians and the Laura and John Arnold Foundation. 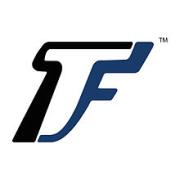 Techfest is the annual science and technology festival of Indian Institute of Technology Bombay.[1] It also refers to the independent body of students who organize this event along with many other social initiatives and outreach programs around the year. Techfest is known for hosting a variety of events that include competitions, exhibitions, lectures as well as workshops. Started in 1998 with the aim of providing a platform for the Indian student community to develop and showcase their technical prowess, it has now grown into Asia's Largest Science and Technology Festival[2] with a footfall of 1.75 lakhs in its latest edition.[3][4][5] The activities culminate in a grand three-day event in the campus of IIT Bombay which attracts people from all over the World, including students, academia, corporates and the general public.[6] The very first edition of Techfest was in 1998. The underlying spirit of Techfest was "to promote technology and scientific thinking and innovation" a motto that has been followed by every Techfest since. Techfest '98 also set the broad outlines of Techfest in the form of competitions, lectures, workshops, and exhibitions which went on to become a standard feature at every Techfest. Entrepreneurship also made an appearance in the 1999 and 2000 editions. Technoholix--Techfest in the Dark, showcasing technological entertainment at the end of each day as well as the hub of on the spot activities, made their debut during these years. Techfest 2001-2002 saw the incorporation of IIT Bombay's department oriented events like Yantriki, Chemsplash and Last Straw.

We present three case studies of organizations using a data science competition to answer a pressing question. The first is in education where a nonprofit that creates smart school budgets wanted to automatically tag budget line items. The second is in public health, where a low-cost, nonprofit women's health care provider wanted to understand the effect of demographic and behavioral questions on predicting which services a woman would need. The third and final example is in government innovation: using online restaurant reviews from Yelp, competitors built models to forecast which restaurants were most likely to have hygiene violations when visited by health inspectors. Finally, we reflect on the unique benefits of the open, public competition model.