The UK's Royal Mail wants to set up as many as 50 drone routes over the next three years to make deliveries to remote communities. The plan, which requires approval from the Civil Aviation Authority, would see the service secure up to 200 of the autonomous devices from logistics drone company Windracers. The Royal Mail said the first communities to benefit would be the Isles of Scilly (off the coast of Cornwall in south-west England) and the Scottish islands of Shetland, Orkney and the Hebrides. Test flights started last year. In the most recent one, held in April, the service was able to use a UAV to deliver mail to Unst, Britain's most northerly inhabited island, from Tingwall Airport on Shetland's largest island.

Drone Defence Services and the University of Nottingham will develop sensor technology to track aircraft. By monitoring all aircraft, Drone Defence aims to prevent drone misuse and enable drones to safely share the sky with other aircraft.

Police will be handed extra powers to combat drones after the mass disruption at Gatwick airport in the run-up to Christmas. Gatwick was repeatedly forced to close between 19 and 21 December due to reported drone sightings, affecting about 1,000 flights. In response the government has announced a package of measures which include plans to give police the power to land, seize and search drones. The Home Office will also begin to test and evaluate the use of counter-drone technology at airports and prisons. The exclusion zone around airports will be extended to approximately a 5km-radius (3.1 miles), with additional extensions from runway ends.

LONDON – British police said Saturday that two drones found near London's Gatwick Airport were not involved in the disruption that shut down the busy airport just days before Christmas. Sussex Police Chief Giles York told BBC radio that police have searched 26 potential launch sites near the airport but do not believe they have found the drone that was seen near the runway on Dec. 19 and Dec. 20. York said he is "absolutely certain that there was a drone flying throughout the period that the airport was closed." A senior detective said last week it was possible drones hadn't flown over the airport last week, sowing confusion, but police later insisted that the drone sightings were authentic. The airport's closure led to more than 100,000 people being stranded or delayed in the worst ever drone-related disruption at an international airport.

Sussex Police have released the man and woman arrested on December 21st after determining that they're "no longer suspects" behind the multiple incidents. Don't anticipate new suspects in the future, either. Detective Chief Superintendent Jason Tingley said his force continued to "actively follow lines of investigation," but didn't hint at where those might lead. In a conversation to Sky News, Tingley said officers had found a damaged drone at the airport in Horley and were on an "expedited" effort to examine that drone for evidence. There's an increased financial motivation to bring the perpetrators in, at least.

Still at large: Drones responsible for shutting down one of the UK's busiest airports

After a drone-induced shutdown, London's Gatwick Airport is back up and running again. Still at large, however, are the drones which caused around 1,000 flights to be diverted or cancelled over three days late last week, with Sussex Police investigating 67 drone sightings made by the public. SEE ALSO: This drone was built to detect and take down'rogue' drones Authorities also recovered a damaged drone, which comes after two suspects were released without charge on Sunday. Earlier, police had some doubt if there was genuine drone activity. Detective Chief Superintendent Jason Tingley told BBC News that no footage of the drone had been obtained, and that there was "always a possibility" the drone sightings could be mistaken. 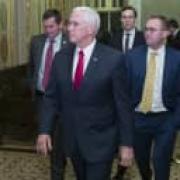 LONDON - British police say two people were arrested early Saturday morning for suspected "criminal use of drones'" in the Gatwick Airport case that has created nightmarish travel delays for tens of thousands of holiday passengers. Sussex police did not release the age or gender of the two suspects arrested late Friday night and did not say where the arrests were made. The two have not been charged. Police Superintendent James Collis asked the public in the Gatwick area to remain vigilant. "Our investigations are still ongoing, and our activities at the airport continue to build resilience to detect and mitigate further incursions from drones by deploying a range of tactics," he said.

Drones flying around London's busy Gatwick airport have disrupted air travel since Wednesday evening, but now the Sussex Police Department has announced two arrests connected to the incidents. The airport reopened for service Friday morning, but the Guardian reports that another drone sighting shut down flights for about an hour around 5 PM. Police Superintendent James Collis said the arrests occurred around 10 PM (local time) Friday. There are no further details on who the police nabbed or what's behind their "criminal use of drones" but the police are remaining on site and asking the public to call in if they have any information. Proactive investigations are still on-going: we urge the public to contact us if they believe they have information that can aid us further.