Nanox shows off its Star Trek-inspired 'biobed' to the world

X-rays are taken for granted in the western world, but the World Health Organization believes that close to two-thirds of the global population do not have reliable access to diagnostic imaging. The cost of the equipment alone is prohibitive in many developing countries, as well as the cost of maintaining and powering the hardware, which can run into several million dollars. Nanox claims that its "digital" X-ray machine, a Star Trek-inspired biobed called the Nanox Arc, is cheaper to use, easier to maintain and doesn't require installation in a hefty hospital facility. The company gave its first live demonstration of the technology earlier this week. The presentation came from its Israel HQ, broadcast to the (online-only, thanks to COVID) Radiological Society of North America's annual conference. 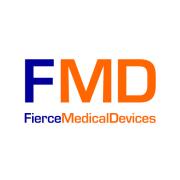 The collaboration will accelerate the creation of Zebra's imaging analytics engine and create neural networks that will use Zebra's vast imaging dataset to assist radiologists with automated diagnostic algorithms. Kibbutz Shefayim Israel, May 24, 2016 - Zebra Medical Vision is announcing a new collaboration with Intermountain Healthcare, one of the top performing integrated care providers in the U.S. Intermountain plans to work with Zebra to accelerate the creation of meaningful imaging algorithms to improve patient care. Zebra is also announcing today an additional financing round of 12 million led by Intermountain Healthcare, with the participation of existing investors. Zebra Medical Vision was founded in 2014 with the vision of teaching computers to automatically read and diagnose medical imaging data. The company's analytics engine helps physicians and healthcare providers analyze millions of imaging records, in an effort to close the diagnostic gap created by a billion people worldwide joining the middle class in the coming decade, who will require diagnostic services.