Israel's first new bank in more than 40 years has started trial operations, opening accounts and providing services for a small, closed number of clients, The First Digital Bank said in a statement. The fully digital bank, approved by the Bank of Israel in 2019, hopes to open up services to the wider public toward the end of the year, the statement said. Currently the bank has started offering services to employees and their families – several hundred people -- to make sure everything runs smoothly, a spokeswoman for the bank said. Get The Start-Up Israel's Daily Start-Up by email and never miss our top stories Free Sign Up "The artificial intelligence revolution is here and has now reached banks as well," said the founder of the bank, tech entrepreneur Amnon Shashua. "The banking industry is thirsty for innovation and competition."

Temenos AG, a Geneva-based banking software company, announced the launch of its banking-as-a-service platform in the U.S., which it says can help launch a digital banking platform go live in 90 days. The Tenemos SaaS platform is designed to offer a range services like digital onboarding, know-your-customer verification, personal financial management and support for artificial intelligence, chatbots, wearables and other technology, according to a press release. "With our new U.S. front-to-back SaaS product for digital banks, we will revolutionize the software banking landscape in the U.S., which is a highly strategic market for us," Max Chuard, CEO of Temenos, said in the release. Temenos has worked with some of the fastest growing challenger banks in the U.S, including Grasshopper and Varo Money, Volt Bank and Judo Bank in Australia and Leumi's Pepper in Israel, according to the release. Temenos also works with incumbent financial institutions, including Commerce Bank and Partners Federal Credit Union, in Burbank, California.

The Revolution Of AI In Sales: Why And How To Adopt It In Your Organization

As a general partner at a company that helps Israeli companies penetrate new markets and an advisor to companies on go-to-market strategies, I see remarkable innovation from startups, but I also see an astonishing lack of adoption and fear of artificial intelligence (AI) within companies. In the sales and marketing departments, specifically, I see this as a huge disadvantage. Here is why -- and some steps you can take today to start adopting AI within your organization. Let's imagine Amy, a salesperson in an enterprise SAAS company. Her days used to consist of a good amount of administrative work, manually entering data into Salesforce, looking for potential customers, cold calling, sending emails and scheduling meetings -- many times without any results.

We propose a novel neural topic model in the Wasserstein autoencoders (WAE) framework. Unlike existing variational autoencoder based models, we directly enforce Dirichlet prior on the latent document-topic vectors. We exploit the structure of the latent space and apply a suitable kernel in minimizing the Maximum Mean Discrepancy (MMD) to perform distribution matching. We discover that MMD performs much better than the Generative Adversarial Network (GAN) in matching high dimensional Dirichlet distribution. We further discover that incorporating randomness in the encoder output during training leads to significantly more coherent topics. To measure the diversity of the produced topics, we propose a simple topic uniqueness metric. Together with the widely used coherence measure NPMI, we offer a more wholistic evaluation of topic quality. Experiments on several real datasets show that our model produces significantly better topics than existing topic models.

Editor's note: This exclusive article from CTech (Meir Orbach) was syndicated with permission. Inc. is acquiring Tel Aviv-based conversational AI startup Bonobo, incorporated as Bonobot Technologies Ltd., the company announced Thursday. The company did not disclose the financial terms of the deal, but one person familiar with the matter who spoke to Calcalist on condition of anonymity put it at $50 million. Founded in 2017 by Barak Goldstein, Efrat Rapoport, Idan Tsitiat, and Ohad Hen, Bonobo develops conversational AI technology designed to extract insights from online customer interactions. The company's technology integrates directly with various sources of customer interaction data, such as voice, chat, video, and email, running AI algorithms to analyze the data.

Researchers have revealed how Microsoft's Cortana could be used to bypass the security protection of Windows 10. Speaking at Black Hat in Las Vegas this week, security researchers Amichai Shulman and Tal Be'ery from Kzen Networks, alongside the Israel Institute of Technology's Ron Marcovich and Yuval Ron, said a vulnerability existed in the voice assistant which allowed the bypass of the Windows 10 lock screen. As reported by Threat Post, the vulnerability, dubbed "Open Sesame," opens the door, bypassing the lock screen, and allows threat actors to locally perform "dangerous functions." The bug, CVE-2018-8140, lay within Cortana's default settings. As the Windows 10 lock screen disables the keyboard, users are able to utilize their voice to issue a limited range of vocal commands.

Deal terms were not disclosed, but Reuters cites Israeli media reports that it was over $800 million. Although the company is headquartered in New York City, about half of its 400 employees are in Israel. While there is no shortage of firms offering analytics and marketing intelligence, Datorama has emphasized it can present the advertising and marketing data from a variety of tools -- the company says the average marketer has an average of 70 data streams -- inside one cloud-based dashboard, where AI helps generate automated reporting, insights for decision-making and ways to optimize campaigns.

Hackers can use Cortona to compromise locked Windows 10 PC

Cortana is the AI-powered digital assistant that has one of its homes in Windows 10. It can do various tasks such as opening apps, doing simple math, suggest discount coupons, etc. But an Israel-based researcher duo, Tal Be'ery and Amichai Shulman, have discovered another thing Cortana can do. It can provide hackers a way to hack a Windows 10 PC, even if it's locked. Locking your PC is fundamental to preventing others from accessing it when you leave it unattended. 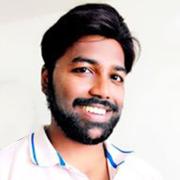 Wizer's artificial intelligence technology can perform the work of human consumer research experts in building and analyzing consumer research, providing their customers with fast and affordable market insights AI-based SaaS consumer research company Wizer has announced the completion of the company's $4 million Series A Round. The funding was led by SOMV (State of Mind Ventures), a venture capital fund focusing on technology infrastructure. Nielsen Innovate, the early stage investment arm of Nielsen, participated in this round as well. To date, the company has raised $5.5 million, including $1.5 million in seed funding from YJ2, an investment fund backed by the Yahoo Japan Corporation, Nielsen Innovate, Barinboim Group, and the Israel Chief Scientist. Wizer provides marketers and agencies with comprehensive end-to-end market research solutions for brand positioning, product and concept testing, advertising effectiveness measurement, and more, utilizing proprietary artificial intelligence technology to deliver insightful client-ready research, quickly and affordably.