Imagine if voice technology could be used to diagnose diseases! This could be a reality if voice tech is used to identify non-speech sounds, such as coughs. This focus is of particular interest at the moment as the world's governments rally resources to protect populations against COVID-19. This is one area of focus for this week's guest, Prof. Ami Moyal, President, Afeka Tel Aviv College of Engineering, Israel. Prof. Ami also talks about the future of voice technology and what we should be teaching children for them to be successful in the world. 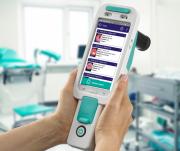 In Israel, fewer than 50 percent of women ages 35-54, who are recommended to undergo a routine preventative screening pap smear once every three years, actually do the test, according to a report published in January 2019 by the Israel Cancer Association. The test, a cervical cancer screening, can be an uncomfortable and even distressing experience for some but it can save lives. Cervical cancer is a treatable disease, and can often be found early, and sometimes, even prevented entirely, according to the association. The pap smear itself is only the first procedure in keeping cervical cancer at bay. If pap results are abnormal, women will usually next undergo a colposcopy, an uncomfortable medical procedure that magnifies the cervix, vagina, and vulva to check for pre-malignant and malignant lesions.

Roughly six years ago, former Israel chief technology officer Yonatan Adiri cofounded Healthy.io, a digital health care startup leveraging AI to bring professional-grade medical imaging to the homes of those with chronic kidney disease. Its 10-parameter digital testing kit -- Dip.io -- enables patients to collect and analyze urine samples with nothing more than a smartphone app, a dip stick, and a color-coded slide. It's taken off like wildfire. Following on the heels of an $18 million series B raise in February, Healthy.io CEO Adiri said the fresh capital, which brings Healthy.io's total raised to about $90 million, will accelerate Healthy.io's

Emerald Announces Implementation of its Cloud Based, Artificial Intelligence, DermaCompare

Emerald Medical Applications Corp. (OTCQB: MRLA), an Israeli-based company engaged in the development and sale of its proprietary DermaCompare cloud-based, artificial intelligence technology for the early diagnosis of Melanoma/skin cancer, today announced entry into a cooperation agreement with Terem, one of Israel's largest community-based, emergency healthcare providers with 17 medical facilities, serving over 700,000 patients throughout Israel. Starting in April 2016, Emerald will begin to offer its DermaCompare technology at each of Terem's clinics throughout Israel, offering advanced dermatological examinations, diagnosisand treatment led by a leading professional Dermatologists. DermaCompare is Emerald's cloud-based, artificial, intelligence technology using Total Body Photography imaging which is capable of being automatically compared to a patient's previous images to diagnose and detect the presence of Melanoma in its earliest stages. Lior Wayn, Emerald's CEO, stated that "DermaCompare, Emerald's FDA approved, HIPPA compliant software technology, which can be downloaded from any Mac or Android based App store, enables physicians andtheir patients, using virtually any digital camera, including cell phones, iPads, tablets and other similar devices, to take Total Body Photography images and, in real-time, transmit these images for dermatological evaluation and identification of suspicious moles, lesions and other skin conditions. These images are then compared using Emerald's cloud database, as well as the patients previous Total Body Photography images, which will dramatically enhance a physician's ability to detect Melanoma earlier, more accurately and more efficient than other means of diagnosis."