Recurring outbreaks of COVID-19 have posed enduring effects on global society, which calls for a predictor of pandemic waves using various data with early availability. Existing prediction models that forecast the first outbreak wave using mobility data may not be applicable to the multiwave prediction, because the evidence in the USA and Japan has shown that mobility patterns across different waves exhibit varying relationships with fluctuations in infection cases. Therefore, to predict the multiwave pandemic, we propose a Social Awareness-Based Graph Neural Network (SAB-GNN) that considers the decay of symptom-related web search frequency to capture the changes in public awareness across multiple waves. SAB-GNN combines GNN and LSTM to model the complex relationships among urban districts, inter-district mobility patterns, web search history, and future COVID-19 infections. We train our model to predict future pandemic outbreaks in the Tokyo area using its mobility and web search data from April 2020 to May 2021 across four pandemic waves collected by _ANONYMOUS_COMPANY_ under strict privacy protection rules. Results show our model outperforms other baselines including ST-GNN and MPNN+LSTM. Though our model is not computationally expensive (only 3 layers and 10 hidden neurons), the proposed model enables public agencies to anticipate and prepare for future pandemic outbreaks.

The Roaring 2020s: A Booming Decade May Follow Covid-19

Will a boom follow Covid-19? A century ago the 1920s saw creative energies explode after the tragedies of the Spanish Flu and World War I. In big cities such as New York, London, Shanghai, Sydney and Tokyo, economic growth was palpable. New technologies such as cars and radios became common. So did a risk-on optimism. 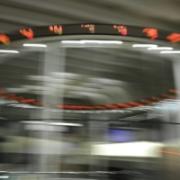 Japan's hot startup stocks have two things in common: They do business in areas that could be described as mundane, and they've pushed their founders into the league of the ultrawealthy. Take AI Inside Inc., which helps turn handwritten documents into electronic files. Or Rakus Co., whose goal is to help small and midsize enterprises with their bookkeeping and emailing services. Their shares have all more than doubled in the past year, enriching their founders and leading to talk of a burgeoning tech scene that's very different from Silicon Valley. While the companies are using technologies like artificial intelligence and cloud computing, they're applying them in less sexy ways.

French robotics startup Exotec has raised $90 million in a round of funding led by London-based VC firm 83North. Founded out of Lille in 2015, Exotec develops autonomous industrial robots called Skypods that can move horizontally and vertically, and travel at speeds of up to 9mph. The robots constitute part of a "goods-to-person" picking system designed to improve productivity and reduce strain and physical exertion in human warehouse workers. Ecommerce has boomed in 2020 due in large part to COVID-19, with online merchants seeing a 42% year-on-year increase in sales last month in the U.S. alone -- data suggests that the global pandemic has led to an extra $107 billion in online sales since March. This surge in demand is good news for companies such as Exotec, which specialize in equipping large warehouses with the tools to pick and pack orders at scale. 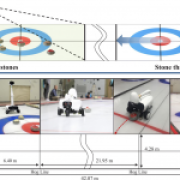 By Sam Nussey2 Min ReadTOKYO (Reuters) – SoftBank's robotics arm said on Monday it will bring a food service robot developed by California-based Bear Robotics to Japan as restaurants grapple with labour shortages and seek to ensure social distancing during the COVID-19 pandemic.Slideshow ( 3 images)The robot named Servi, which has layers of trays and is equipped with 3D cameras and Lidar sensors for navigation, will launch in January, SoftBank Group Corp said.Servi will cost 99,800 yen ($950) per month excluding tax on a three year plan.The launch leverages SoftBank's long experience in bringing overseas technology to Japan but reflects the shift away from CEO Masayoshi Son's earlier focus on humanoid robots.Servi has been tested by Japanese restaurant operators, including Seven & i Holdings at its Denny's chain, as the sector grapples with an aging workforce and deepening labour shortages.SoftBank's humanoid Pepper robot became the face of the company following its 2014 unveiling but failed to find a global customer base.The firm in 2018 announced cleaning robot Whiz, which employs technology from group portfolio company Brain Corp and has sold more than 10,000 units worldwide.SoftBank is touting the use of Whiz as a coronavirus countermeasure, …

Why has Japan been less affected by the global pandemic than the United States? One theory suggests that the Japanese language has weakly aspirated consonants compared with English. Which might mean that Japanese people are less likely to "spray" while speaking and therefore less likely to transmit the virus. John looks at the linguistic evidence. 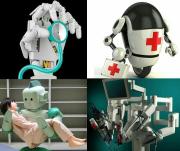 We are living in a age of information technology really advanced,how to making use of these advantagement of artificial intelligence technology to solute our human being the vital problems of both aging society and lower birth rates. Above those problems also happened in Japan,Taiwan and USA. If we don't arrange solutions these two things that will be dangerous for our national security guard and society healthcare. According to researching results artificial intelligence can do 1.detecting lung,skin cancers 2.analysing eye scans,X-ray 3.developing researching drug.