Autonomous cars, commonly known as self-driving cars, aren't new in Japan -- nor the automotive industry. But whilst the rest of the developed world is pushing for autonomous vehicles largely for reasons of safety and convenience for people in general, Japan's a little different. It's to compensate for its aging population. The Japanese ageing population is in need of transportation -- but the country is plagued by persistent labor shortages. "In the cargo and transport sectors, drivers have become older and the shortage of human resources has become serious," a recent METI report said.

With an aging population in need of transport, Japan is betting on autonomous cars, but an accident involving a self-driving showcase at the Paralympics illustrates the challenges ahead. Japan is far from the only place with autonomous vehicles on the roads, but its government has set acceleration of the technology as a key priority. Last year, it became the first country in the world to allow a vehicle capable of taking full control in certain situations to operate on public roads. The Honda car has "Level 3" autonomy, meaning it can take certain decisions alone, though a driver has to be ready to take the wheel in emergencies. The government has changed the law to pave the way for increasingly advanced autonomous vehicles, and the ministry of economy, trade and industry (METI) has plans for 40 autonomous taxi test sites nationwide by 2025. 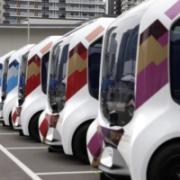 Japan is bolstering its autonomous driving ambitions with a new project to be formally introduced Wednesday to expand the use of self-driving vehicles in more than 40 locations around the country by 2025. The "Road to the L4" project aims to popularize advanced mobility services including Level 4 autonomous driving, wherein vehicles can operate without a human at the wheel. It will include demonstrations of the technology to promote acceptance and understanding, according to the Ministry of Economy, Trade and Industry. One of the goals is to help revitalize communities. "People including the elderly don't have ways to get around in rural areas," said Tatsuki Izawa, an assistant manager in the ministry's autonomous driving division.

Morality-based Assertion and Homophily on Social Media: A Cultural Comparison between English and Japanese Languages

Moral psychology is a domain that deals with moral identity, appraisals and emotions. Previous work has greatly focused on moral development and the associated role of culture. Knowing that language is an inherent element of a culture, we used the social media platform Twitter for comparing the moral behaviors of Japanese users with English users. The five basic moral foundations i.e., Care, Fairness, Ingroup, Authority and Purity, along with the associated emotional valence are compared for English and Japanese tweets. The tweets from Japanese users depicted relatively higher Fairness, Ingroup and Purity. As far as emotions related to morality are concerned, the English tweets expressed more positive emotions for all moral dimensions. Considering the role of moral similarities in connecting users on social media, we quantified homophily concerning different moral dimensions using our proposed method. The moral dimensions Care, Authority and Purity for English and Ingroup for Japanese depicted homophily on Twitter. Overall, our study uncovers the underlying cultural differences with respect to moral behavior in English and Japanese speaking users.

Leading carmakers such as Ford Motor and Toyota Motor are catching up with tech giants in the global race to develop self-driving technology as indicated by new patent data. The two companies claimed the top two positions on a list of most competitive firms in terms of patents related to autonomous driving technology. The list was compiled by Nikkei and based on a survey of patents registered in the U.S. by the end of January conducted by Patent Result Co., a Tokyo-based company that analyzes such licenses. Ford and Toyota have overtaken Waymo, the autonomous car company owned by Google's parent company Alphabet, which topped the previous list made in July 2018. As self-driving technology edges closer to practical use, automakers are now threatening to one-up IT powerhouses that once led the pack, given their expertise in conventional car manufacturing.

When Vasileios Tzoumas, a research scientist at the Massachusetts Institute of Technology (MIT), visits a new city, he likes to explore by going for a run. And sometimes he gets lost. A few years ago, on a long run while in Osaka for a conference, the inevitable happened. But then Tzoumas spotted a 7-Eleven he remembered passing soon after leaving his hotel. This recognition allowed him to mentally "close the loop," to connect the loose end of his trajectory to someplace he knew and was sure about, thus solidifying his mental map and allowing him to make his way back to the hotel.

Perfecting self-driving cars – can it be done?

Robotic vehicles have been used in dangerous environments for decades, from decommissioning the Fukushima nuclear power plant or inspecting underwater energy infrastructure in the North Sea. More recently, autonomous vehicles from boats to grocery delivery carts have made the gentle transition from research centres into the real world with very few hiccups. Yet the promised arrival of self-driving cars has not progressed beyond the testing stage. And in one test drive of an Uber self-driving car in 2018, a pedestrian was killed by the vehicle. Although these accidents happen every day when humans are behind the wheel, the public holds driverless cars to far higher safety standards, interpreting one-off accidents as proof that these vehicles are too unsafe to unleash on public roads. 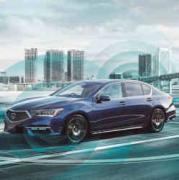 Honda launched a self-driving car in Japan on Friday. Japanese automaker Honda has launched a limited roll-out of its new Legend, which it calls the most advanced driverless vehicle licensed for the road, in Japan. The Legend's capabilities include adaptive driving in lanes, passing and switching lanes in certain conditions, and an emergency stop function if a driver is unresponsive to handover warnings. The Legend's autonomy is rated Level 3 on a scale of 0 to 5; analysts said a true Level 4 vehicle, in which a car no longer requires a driver at all, is a long time off. 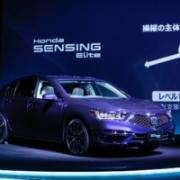