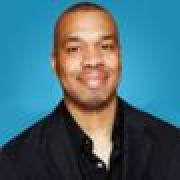 Before Kanye West gets to the White House, first, we'll have to survive the robot apocalypse brought about by his A.I.-powered doppelgänger. It's a very real piece of software created by a high school student from West Virginia. You can use Alexa in Amazon's app now, and it's really smart Robbie Barrat, a 17-year-old hip-hop fan and coding whiz, taught himself to code using open source software, according to a report from Quartz. Initially, the software simply rearranged 6,000 Kanye rap phrases to create new songs, but now the software has been modified to create original rap lines using the Kanye word bank. On the YouTube Page demonstrating the software's ability, Barrat says, "Excluding the beat; this song was written 100 percent by a deep neural network."