AI programs are constructed within a complex framework that includes a computer's hardware and operating system, programming languages, and often general frameworks for representing and reasoning.

Elements of the Theory of Dynamic Networks 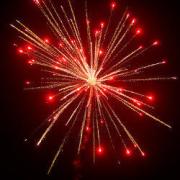 A dynamic network is a network that changes with time. Nature, society, and the modern communications landscape abound with examples. Molecular interactions, chemical reactions, social relationships and interactions in human and animal populations, transportation networks, mobile wireless devices, and robot collectives form only a small subset of the systems whose dynamics can be naturally modeled and analyzed by some sort of dynamic network. Though many of these systems have always existed, it was not until recently the need for a formal treatment that would consider time as an integral part of the network has been identified. Computer science is leading this major shift, mainly driven by the advent of low-cost wireless communication devices and the development of efficient wireless communication protocols. The early years of computing could be characterized as the era of staticity and of the relatively predictable; centralized algorithms for (combinatorial optimization) problems concerning static instances, as is that of finding a minimum cost traveling salesman tour in a complete weighted graph, computability questions in cellular automata, and protocols for distributed tasks in a static network. Even when changes were considered, as is the case in fault-tolerant distributed computing, the dynamics were usually sufficiently slow to be handled by conservative approaches, in principle too weak to be useful for highly dynamic systems. An exception is the area of online algorithms, where the input is not known in advance and is instead revealed to the algorithm during its course. Though the original motivation and context of online algorithms is not related to dynamic networks, the existing techniques and body of knowledge of the former may prove very useful in tackling the high unpredictability inherent in the latter. In contrast, we are rapidly approaching, if not already there, the era of dynamicity and of the highly unpredictable. According to some latest reports, the number of mobile-only Internet users has already exceeded the number of desktop-only Internet users and more than 75% of all digital consumers are now using both desktop and mobile platforms to access the Internet. The Internet of Things, envisioning a vast number of objects and devices equipped with a variety of sensors and being connected to the Internet, and smart cities37 are becoming a reality (an indicative example is the recent £40M investment of the U.K. government on these technologies).