A Beginner's Guide to The Internet of Things (IoT) 2022 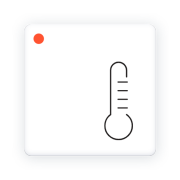 We are able to turn on the lights in our homes from a desk in an office miles away. The built-in cameras and sensors embedded in our refrigerator let us easily keep tabs on what is present on the shelves, and when an item is close to expiration. When we get home, the thermostat has already adjusted the temperature so that it's lukewarm or brisk, depending on our preference. These are not examples from a futuristic science fiction story. These are only a few of the millions of frameworks part of the Internet of Things (IoT) being deployed today.

3 Challenges to the Universal Adoption of AI

The use of connected smart devices is growing rapidly, but they are not yet everywhere. There are 3 challenges to the universal adoption of AI. As you may have already realized, AI has influenced your life. And its impact is only going to grow from here. Achieving a future of ubiquitous AI could be life-changing.

How to Improve Corporate Culture with Artificial Intelligence

Contrary to press-propagated blames on rapid industry changes, unforeseen circumstances and uncontrollable crises, most business failures boil down to poor corporate culture. Interestingly, how corporate culture is perceived has changed just as rapidly as industries have evolved in recent times. In the 20th and early 21st centuries, assessment of corporate culture focused almost entirely on how businesses treated their customers. For instance, the dent in Blackberry's culture was caused by the company prioritizing its smartphone technology over customers' needs. Meanwhile, how customers interact with technology was changing. More recently, corporate culture has more to do with how companies manage communication internally than with their public relations.

With the recent advances in technology, it's hard to know where to put your attention. For example, 5G hasn't taken off as fast as people would have hoped, but the possibility of combining it with artificial intelligence (AI) may lead to considerable innovations in the next few years. A decade from now, the combination of AI and 5G networks will have revolutionized how business gets done in our everyday lives. They'll receive this requested information almost instantaneously due to the vast bandwidth provided by 5G. This high-speed data connection will open up new opportunities.

The top 10 tech trends we should be ready for now

Bernard Marr* forecasts some of the advances in technology that will affect our lives, both at work and in the home, over the next few months. As a futurist, every year I look ahead and predict the key tech trends that will shape the next few months. There are so many innovations and breakthroughs happening right now, and I can't wait to see how they help to transform business and society in 2022. Let's take a look at my list of key tech trends that everyone should be ready for, starting today. Computing power will continue to explode in 2022.

Ambarella builds computer vision SoCs (system on chips) based on a very efficient AI chip architecture and CVflow that provides the Deep Neural Network (DNN) processing required for edge inferencing use cases like intelligent home monitoring and smart surveillance cameras. Developers convert models trained with frameworks (such as TensorFlow or MXNET) to Ambarella CVflow format to be able to run these models on edge devices. Amazon SageMaker Edge has integrated the Ambarella toolchain into its workflow, allowing you to easily convert and optimize your models for the platform. In this post, we show how to set up model optimization and conversion with SageMaker Edge, add the model to your edge application, and deploy and test your new model in an Ambarella CV25 device to build a smart surveillance camera application running on the edge. Smart security cameras have use case-specific machine learning (ML) enabled features like detecting vehicles and animals, or identifying possible suspicious behavior, parking, or zone violations.

Syncing Alexa, Google Nest and Apple smart home tech is about to get easier with Matter

Chances are, if you're reading this article, you have at least one smart home device in your household. After all, according to several studies on the topic, nearly half of U.S. households currently have at least one. From smart speakers and connected thermostats to light bulbs and video cameras, these gadgets have quickly moved from cutting edge to mainstream. If you have multiple smart devices in your home, you've likely discovered what's keeping much of the remaining half of U.S. households from buying their first one. It's hard to make them work together.

If my kitchen is so smart, why won't it make me a sandwich?

I have a lot of Alexas. Oh, it's not just because I'm a reviewer, and Amazon keeps sending me devices to review. It's because I purposely bought an Alexa device for every room of the house. Here are your best options from Google, Apple, and more. Some of you will comment about the Big Brother aspects of allowing a global artificial intelligence to listen to everything I say.

As a futurist, every year, I look ahead and predict the key tech trends that will shape the next few months. There are so many innovations and breakthroughs happening right now, and I can't wait to see how they help to transform business and society in 2022. Let's take a look at my list of key tech trends that everyone should be ready for, starting today. Computing power will continue to explode in 2022. We now have considerably better cloud infrastructure, and many businesses are re-platforming to the cloud.

Google's Nest Learning Thermostat has been around for some time now, yet it remains one of the top contenders in the smart thermostat space. Like many that choose it, I was attracted by its clean, high-end aesthetics and the promise of being able to have more granular control over not only my heating system, but the temperature of individual rooms in my home. It's important to note that, despite being attracted by the Nest's promises, I was hesitant at first about the integration process. I live in a home that's over 120 years old. Obviously, the heating system is much newer, but it's still what I'd call pretty geriatric.