In our high-speed, multi-tasking culture, fundamental shifts are happening in the way we interact with search technology. Today, mobile devices are the source of 60% of all online searchers. As voice-to-text technology has improved on smartphones and other devices, so has adoption of voice-based commands. In their research recap "Prepare for the Voice Revolution" PWC reports the majority of survey respondents said searching online with voice assistants--like Apple's Siri and Amazon's Alexa--is easier, more convenient, and faster than speaking to a human or texting on a phone. Although younger mobile-first consumers are driving adoption, PWC states, they aren't using the tech as frequently as their 55 counterparts.

When most folks think of Qualcomm, the first technologies that likely come to mind are the company's industry-leading mobile platform system-on-chips for smartphones, as well as the company's end-to-end 5G connectivity solutions. However, whether you consider applications like image recognition, speech input, natural language translation or recommendation engines, modern smartphone platforms typically require a lot of artificial intelligence (AI) processing horsepower as well. As such, after years of developing silicon and software platform solutions for mobile AI applications, it stands to reason that Qualcomm has an opportunity to bring its AI accelerator technology to other intelligent edge devices and the cloud. And that's just what's happening with Qualcomm's Cloud AI 100 inference accelerator portfolio, as evidenced by the company's recent joint announcement with Foxconn, one of the largest electronics contract manufacturers and ODMs in the world. Foxconn's Industrial Internet division has launched a new AI-enabled machine vision platform called Gloria.

What is the Difference Between The Learning Curve of Machine Learning and Artificial Intelligence?

Join our XPotential Community, future proof yourself with courses from XPotential University, connect, watch a keynote, or browse my blog. Have you ever heard people ask whether or not AI will destroy the world, or ask if we'll ever be able to control future Artificial Intelligence's? If not then firstly what rock have you been hiding under, and is there space for one more, and if you have then you'll know that no one ever comes up with a decent answer. That said though, and for what it's worth, every once in a while Elon Musk tells everyone that one day AI could become an immortal dictator, which would suggest he thinks we couldn't control it, and every once in a while Google announces it's still not succeeded in creating a kill switch that will let it terminate rogue AI's, which, again, just suggests more of the same. And let's not even go anywhere near the "Doomsday Games" event where hundreds of the world's top experts and scientists couldn't figure out how to solve the majority of the world's doomsday scenarios, or the time Google demonstrated that more powerful AI's get "aggressive" and "kill" weaker ones … And as for my answer it'd also be no, categorically, especially as we get closer to realising the dawn of Artificial General Intelligence (AGI) and Artificial Super Intelligence (ASI) – two events which will change our world beyond all recognition. 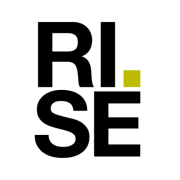 As a senior software engineer with us, we believe that you have an analytical mind with problem-solving attitude, an excellent interpersonal skill and a proven business development track record. You are curious, goal-oriented, flexible, and highly communicative. Further we think that you have proven experience as a Senior Software Engineer with industrial background, an extensive experience in software development, scripting, in project management and that you have excellent programming skills (e.g., C, C, Java, and Python). You are skilled in presenting and documenting your work, as well as work from your research colleagues both in English and Swedish, i.e., to describe the problem, the solution, and the approach in an understandable manner. You have at least a Master's Degree in computer science or a related degree. 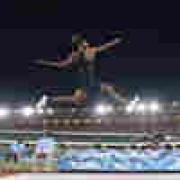 While many companies are attempting to develop AI for various applications, there is a considerable gap between the goals that organizations want to achieve and the reality of the insights that data and programs provide. The ambitions of an organization for using artificial intelligence (AI) and the reality of how such projects play out are vastly different. Emotional intelligence and mindfulness are two essential aspects. The pandemic highlighted this flaw – people's capacity to stay focused and mindful can be compromised in a remote working environment. When AI is utilized in a cyber-attack, such as when someone tries to deploy a chatbot or another adversarial machine learning technology against organizations, this could be a significant issue.

All the sessions from Transform 2021 are available on-demand now. The adoption of cloud technologies continues to accelerate. According to the newest report from Canalys, in Q2 2021, companies spent $5 billion more on cloud infrastructure services compared to the previous quarter. While a number of factors are responsible, including an increased focus on business resiliency planning, the uptick illustrates the effect AI's embracement has had -- and continues to have -- on enterprise IT budgets. In a recent survey, 80% of U.S. enterprises said they accelerated their AI adoption over the past two years.

Artificial Intelligence is revolutionizing veterinary medicine. Are you missing out?

Through AI platforms, computers can learn how to mimic human thought processes and cognitive functions, but with increased speed and learning capacity. Artificial intelligence has several subdisciplines, including machine learning, unsupervised learning, and deep learning. The versatility of AI makes it useful in a variety of medical disciplines. In human medicine, AI has already found applications in areas such as drug design, anesthesiology, cardiology, radiology, oncology, and infectious disease management. In general veterinary practice, protocols for vaccination, parasite prevention, and many aspects of wellness care are well-established.

Artificial Intelligence May Find Signs Of Alzheimer's In Neuroimaging Data

Shuiwang Ji, associate professor in the Department of Computer Science and Engineering at Texas A&M University, is one of the principal investigators on a $6 million grant from the National Institutes of Health to develop artificial intelligence-driven methods to automate the process of finding subtle telltale signs of Alzheimer's disease in neuroimaging data. Ji will lead the research team tasked with developing advanced deep-learning methods for finding relevant neural signatures lurking within neuroimages taken using different techniques, such as PET scans and MRIs. "I feel very excited with this collaborative opportunity to make scientific discoveries in medical domains using deep learning and artificial intelligence," said Ji, who has extensive expertise in machine learning, deep learning and medical image analysis. Alzheimer's disease affects 5.6 million Americans over the age of 65, and its symptoms are most noticeably the progressive impairment of cognitive and memory functions. It is also currently the most common form of dementia in the elderly.