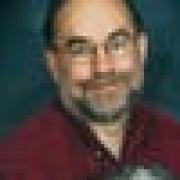 So much happened in the auto industry this month it can't fit in one column; I whittled it down to the things that interested me. There is a lot of variety by topic -- from Auto Shanghai to a new operating system to an interesting DARPA story to the European Union proposal for AI use regulation. These ten stories are summarized in the following table. Auto Shanghai Auto Shanghai is among the world's largest auto shows and is the first auto show to be held after the pandemic. The attendance is expected to reach about 1 million people and around 1,000 exhibitors.

The music management system was once seen as the future of computing: it was used to control the iPod, and was home to the iTunes Store, both of which helped to revolutionise the way people buy and listen to music. But with time it has become bloated with additional features – from watching films to managing devices like phones – and its performance has dropped. That has led to it becoming largely despised within the tech community. We'll tell you what's true. You can form your own view.

Tesla's long-awaited $35,000 Model 3 electric car is finally available to buy, just under three years after hundreds of thousands of people started placing deposits for pre-order vehicles. The standard Model 3 has a range of 220 miles and its single electric motor is capable of 0-60mph in 5.6 seconds with a top speed of 130mph. The standard interior includes heated cloth seats, manual seat and steering adjustment, basic audio, standard maps and navigation, and a center console with storage and four USB ports. Tesla has also announced a Standard Range Plus model, which has a 240-mile range with a top speed of 140mph and can do 0-60mph in 5.3 seconds. Along with the Model 3 announcement, Tesla said it will also close most of its showrooms around the world and shift sales to online only.

It's a Linux-powered car world

Elon Musk's new tractor trailer can handle most US shipping routes on a single charge. Linux is everywhere including your car. While some companies, like Tesla, run their own homebrew Linux distros, most rely on Automotive Grade Linux (AGL). AGL is a collaborative cross-industry effort developing an open platform for connected cars with over 140 members. This Linux Foundation-based organization is a who's who of Linux-friendly car manufacturers.

Linux is under your hood

Elon Musk's new tractor trailer can handle most US shipping routes on a single charge. Way back in 2004, Jonathan Schwartz, then Sun's chief operating officer, suggested that cars could become software platforms the same way feature phones were. But, it's Linux, not Java, which is making the most of "smart cars". That's because Linux and open-source software are flexible enough to bring a complete software stack to any hardware, be it supercomputer, smartphone, or a car. There are other contenders, such as Blackberry's QNX and Microsoft IoT Connected Vehicles, but both have lost ground to Linux.

Open Source Startup Mapzen Is Dead, But Mapping Is Hotter Than Ever

For at least one startup, 2018 opened with a thud. On Tuesday, the open source mapping company Mapzen announced it would shut down at the end of the month, with its hosted APIs and support services going dark on February 1.