Taliban Say 'No Information' About Al-Qaeda Chief Zawahiri In Afghanistan

The Taliban said Thursday they have no knowledge of Ayman al-Zawahiri's presence in Afghanistan, days after US President Joe Biden announced the Al-Qaeda chief's killing by a drone strike in Kabul. Zawahiri's assassination is the biggest blow to Al-Qaeda since US special forces killed Osama bin Laden in 2011, and calls into question the Taliban's promise not to harbour militant groups. "The Islamic Emirate of Afghanistan has no information about Ayman al-Zawahiri's arrival and stay in Kabul," said an official statement -- the Taliban's first mention of his name since Biden's announcement. Zawahiri was believed to be in charge of steering Al-Qaeda's operations -- including the 9/11 attacks -- as well as serving as bin Laden's personal doctor. A senior US administration official said the 71-year-old Egyptian was on the balcony of a three-storey house in the Afghan capital when targeted with two Hellfire missiles early on Sunday. 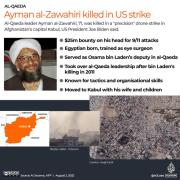 The Taliban says it is investigating a "claim" by the United States that it killed al-Qaeda leader Ayman al-Zawahiri in a drone attack in Kabul, says a Taliban official, indicating the group's leadership was not aware of his presence there. The US said it killed al-Zawahiri with a missile fired from a drone while he stood on a balcony at his Kabul hiding place on Sunday. US officials said the killing was the biggest blow to the armed group since its founder, Osama bin Laden was shot dead more than 10 years ago. "The government and the leadership wasn't aware of what is being claimed, nor any trace there," Suhail Shaheen, the designated Taliban representative to the United Nations, who is based in Doha, told journalists in a message. "Investigation is under way now to find out about the veracity of the claim," he said, adding that the results of the investigation would be shared publicly.

Hours after U.S. House Speaker Nancy Pelosi left Taipei after her controversial trip to the island, two Chinese drones breached Taiwan's airspace for the first time. Two People's Liberation Army (PLA) drones were spotted inside the airspace of Kinmen, an outlying Taiwanese island. Taiwan's Kinmen Defense Command announced two unidentified aircraft were spotted flying over Kinmen and Beiding islands Wednesday night at an altitude of about 2,000 meters. An analysis by the military determined they were unmanned aerial vehicles (UAVs), said Taiwan News, quoting an official statement. No Chinese military aircraft have conducted a flyover at Kinmen (alternatively known as Quemoy) since the 1950s.

'Broken border' will lead to US terrorism: Sen. Lindsey Graham

Sen. Lindsey Graham, R-S.C., shares his response to the U.S. drone strike on al Qaeda leader Ayman al-Zawahiri in Afghanistan on'The Story.' GOP Senator Lindsey Graham of South Carolina joined Martha MacCallum Wednesday to share his take on the illegal migrant crisis at the southern border and how terror might be on the rise as a result on "The Story." SENATOR GRAHAM: Now, when's the last time you can remember that America was on the receiving end of a bad deal in Afghanistan? It's when the Taliban were in charge. They created safe havens for al Qaeda inside of Afghanistan, and the rest is history. The 9/11 attackers came here and a lot of them were visa overstays.

EXPLAINER: A look at the missile that killed al-Qaida leader

For a year, U.S. officials have been saying that taking out a terrorist threat in Afghanistan with no American troops on the ground would be difficult but not impossible. Last weekend, the U.S. did just that -- killing al-Qaida leader Ayman al-Zawahri with a CIA drone strike. Other high-profile airstrikes in the past had inadvertently killed innocent civilians. In this case, the U.S. carefully chose to use a type of Hellfire missile that greatly minimized the chance of other casualties. Although U.S. officials have not publicly confirmed which variant of the Hellfire was used, experts and others familiar with counterterrorism operations said a likely option was the highly secretive Hellfire R9X -- know by various nicknames, including the "knife bomb" or the "flying Ginsu."

The New York Times was accused of stealth-editing its report on the U.S. drone strike that killed al Qaeda leader Ayman al-Zawahri, scrubbing his ties to a Taliban leader the paper previously gave a platform to. The Biden Administration announced Monday it successfully targeted al-Zawahri, one of the masterminds behind the 9/11 attacks. The Times published a report outlining details surrounding the drone strike, including where exactly he was located in Kabul, Afghanistan. "According to one American analyst, the house that was struck was owned by a top aide to Sirajuddin Haqqani, a senior official in the Taliban government whom American officials say is close to senior Qaeda figures," the Times wrote. Recently slain Al Qaeda leader Ayman Al Zawahri speaks on the 11th Anniversary of Usama bin Laden's death.

Ayman al-Zawahiri and the Taliban

During his long career as a polemicist and a strategist of terror, Ayman al-Zawahiri often taunted the United States. He hewed to the familiar theme that America was an apostate power at war with Islam. But he also described it as a spent force. In a video released this spring, he said that "U.S. weakness" was responsible for the war triggered by Russia's invasion of Ukraine, and he mocked the country's standing "after its defeat in Iraq and Afghanistan, after the economic disasters caused by the 9/11 invasions, after the coronavirus pandemic, and after it left its ally Ukraine as prey for the Russians." The U.S. drone strike in Kabul last Saturday that killed Zawahiri, who was seventy-one, added a punctuation mark to the long search for justice for the victims of 9/11 and of other deadly attacks that Zawahiri directly approved, such as the bombing of two U.S. Embassies in Africa in 1998, which killed twelve Americans and more than two hundred Africans. 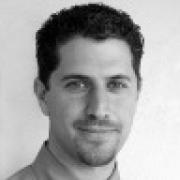 At first glance, the July 31 killing of al-Qaeda chief Ayman al-Zawahiri by a US drone attack in Kabul, Afghanistan, appears to be the most significant setback the group has experienced since the death of its founder, Osama bin Laden, in 2011. However, throughout the decade he administered al-Qaeda, al-Zawahiri worked to ensure the organisation has all the necessary tools in place to survive his death. As such, while the operation that eliminated one of the organisers of the 9/11 attacks is undoubtedly a major win for the current US administration, it is unlikely to debilitate the group. Indeed, the fallout from this targeted assassination will be minimal for al-Qaeda. Al-Zawahiri, seen by many as nothing other than a "grey bureaucrat", can easily be replaced by someone with a similar managerial mindset.

Kabul, Afghanistan – The news of the killing of al-Qaeda chief Ayman al-Zawahiri slowly made its way through the Afghan capital. For many Afghans, it came as a complete surprise. The announcement by the United States of a "precision" drone attack that killed the elusive 71-year-old al-Qaeda leader came in Kabul in the early hours of Tuesday. As the day advanced, more details started to trickle in. However, in a sign of the growing fears over the freedom of speech under a Taliban government, many city residents seemed hesitant to talk about the killing of al-Zawahiri, who had a reward of $25m on his head for the 9/11 attacks. 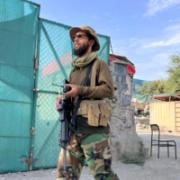 The death of al-Qaida leader Ayman al-Zawahri in a U.S. drone strike in Afghanistan over the weekend marks the biggest blow to the terrorist group since the killing of Osama bin Laden in 2011. At the same time, it highlights the extent to which members of the jihadi organization seem to once again be operating freely in the Taliban-ruled country following the withdrawal of U.S. and coalition troops last August. This could be due to a conflict with your ad-blocking or security software. Please add japantimes.co.jp and piano.io to your list of allowed sites. If this does not resolve the issue or you are unable to add the domains to your allowlist, please see this support page. We humbly apologize for the inconvenience.