Prescribing optimal operation based on the condition of the system and, thereby, potentially prolonging the remaining useful lifetime has a large potential for actively managing the availability, maintenance and costs of complex systems. Reinforcement learning (RL) algorithms are particularly suitable for this type of problems given their learning capabilities. A special case of a prescriptive operation is the power allocation task, which can be considered as a sequential allocation problem, where the action space is bounded by a simplex constraint. A general continuous action-space solution of such sequential allocation problems has still remained an open research question for RL algorithms. In continuous action-space, the standard Gaussian policy applied in reinforcement learning does not support simplex constraints, while the Gaussian-softmax policy introduces a bias during training. In this work, we propose the Dirichlet policy for continuous allocation tasks and analyze the bias and variance of its policy gradients. We demonstrate that the Dirichlet policy is bias-free and provides significantly faster convergence, better performance and better hyperparameters robustness over the Gaussian-softmax policy. Moreover, we demonstrate the applicability of the proposed algorithm on a prescriptive operation case, where we propose the Dirichlet power allocation policy and evaluate the performance on a case study of a set of multiple lithium-ion (Li-I) battery systems. The experimental results show the potential to prescribe optimal operation, improve the efficiency and sustainability of multi-power source systems.

The TriRhenaTech alliance presents the accepted papers of the 'Upper-Rhine Artificial Intelligence Symposium' held on October 27th 2021 in Kaiserslautern, Germany. Topics of the conference are applications of Artificial Intellgence in life sciences, intelligent systems, industry 4.0, mobility and others. The TriRhenaTech alliance is a network of universities in the Upper-Rhine Trinational Metropolitan Region comprising of the German universities of applied sciences in Furtwangen, Kaiserslautern, Karlsruhe, Offenburg and Trier, the Baden-Wuerttemberg Cooperative State University Loerrach, the French university network Alsace Tech (comprised of 14 'grandes \'ecoles' in the fields of engineering, architecture and management) and the University of Applied Sciences and Arts Northwestern Switzerland. The alliance's common goal is to reinforce the transfer of knowledge, research, and technology, as well as the cross-border mobility of students. 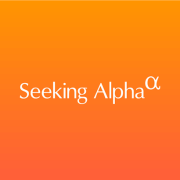 In the consumer report, we are number one once again and just like the Q7, in the consumer report it also occupies the first position as the best luxury SUV. And I think this power of the brand makes it possible for us to grow significantly. There are couple of models which have not even be launched yet in this market, models which we already know here, for instance the S4, the A5, and the entirely new A5 Sportback. They are now being launched in the United States. All new models for this market, and I assume that this year once again we are going to experience very solid growth in the United States. And the question so whether we spend more money for this? I can tell you we even spend less money in form of sales discounts because of the powerful brand and the relatively young product portfolio. So you would take the second part?

Tesla's master plan was realized in 2016

Tesla started in 2006 as a niche electric sports car manufacturer. Its 2008 Roadster had an insane range of 244 miles and an equally bonkers price of more than $100,000. It was the first step in CEO Elon Musk's 2006 master plan to eventually bring a high-range, reasonably priced EV to the masses. Ten years later, that strategy is finally about to pay off. Tesla has been moving in this direction since its inception.

Chinese vessel Dong Hai Jiu 101 concluded its underwater search operations in a remote part of the southern Indian Ocean to locate the missing Malaysia Airlines Flight MH370. The Australian Transport Safety Bureau (ATSB) said in its latest search update that the vessel "commenced passage to Fremantle to demobilise the Phoenix Remora III Remotely Operated Vehicle (ROV) before the vessel returns to Shanghai." The agency, which is leading the search for the missing Boeing 777-200, moved from deep tow operations to AUV (Autonomous Underwater Vehicle) and ROV operations in October 2016. Dong Hai Jiu 101 vessel has completed 33 dives with the ROV since October 2016. The vessel departed the search area on Dec. 3 and has completed its missions in the search for MH370.

The underwater search for Malaysia Airlines Flight MH370 found an oil barrel and cable debris but no sign of the missing jet, the Australian Transport Safety Bureau (ATSB) said Wednesday. The agency, which is leading the search for the Boeing 777-200, released sonar images of the man-made objects that are currently being examined by a Remotely Operated Vehicle (ROV). "The underwater search continues with an AUV searching areas of challenging terrain and an ROV examining a range of sonar contacts which have been previously identified. Over the past week, ROV missions have revealed those contacts to be geological or man-made objects," ATSB said. "Dive 17 identified a contact cluster as geological comprising basaltic rock outcrops on a slope."

Elon Musk's master plan for Tesla is long on vision, short on specifics

And he pretty much delivered. He turned out the Model S sedan and the Model X sport utility vehicle. And while 80,000 to 100,000 is hardly affordable to most, they're selling better than almost anyone expected. On the power front, his Gigafactory outside Reno is turning out battery storage units and soon will be producing battery cells for cars. With Steve Jobs gone, Musk has emerged as perhaps the world's most celebrated tech visionary. His success thus far at Tesla, and at SpaceX, where he's winning NASA contracts away from traditional aerospace companies to rocket cargo into space, makes Part Deux more than some "wouldn't it be cool" fantasy dreamed up in a smoke-filled dorm room. Musk proposes a fascinating, if sketchily drawn, vision. He'll be taken more seriously when he backs it up with clearer numbers, solid plans and timelines, and, eventually, execution. And nothing will add more than to his credibility than a successful launch of the Model 3.