Groundbreaking research has always been an important aspect of SIGGRAPH, as scientists and researchers present the latest industry advancements to conference-goers. So, the fact that Nvidia, in collaboration with top academic researchers at 14 universities, will be presenting a record number (16) of research papers at this year's conference is astounding. When a reinforcement learning model is used to develop a physics-based animated character, the AI typically learns just one skill at a time: walking, running, or perhaps cartwheeling. But researchers from UC Berkeley, the University of Toronto, and Nvidia have created a framework that enables AI to learn a whole repertoire of skills--demonstrated with a warrior character who can wield a sword, use a shield, and get back up after a fall. Achieving these smooth, lifelike motions for animated characters is usually tedious and labor-intensive, with developers starting from scratch to train the AI for each new task. 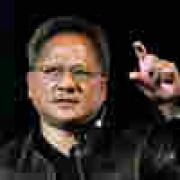 Softbank plans IPO for Arm after sale to Nvidia falls through

SoftBank's planned sale of the British semiconductor and software design company Arm to US chipmaker Nvidia has fallen through, but the Japanese technology investor immediately turned bullish on taking it public. SoftBank Group Corp said on Tuesday it plans an initial public offering of Arm after the intended sale to Nvidia failed due to regulatory problems. It said the IPO would come sometime in the fiscal year ending in March 2023. Chief Executive Masayoshi Son acknowledged he was disappointed but wasted no time in shifting to an aggressive sales pitch for Arm in its preparation to go public in the United States, likely on the Nasdaq exchange. Rather just being back, it's really going to grow explosively," Son told reporters. He said "a golden time" was coming because of Arm's "architecture", or technology for semiconductors, already widely used in mobile phones and adapted by internet giants like Amazon. Son said even bigger growth will come as the world shifts to electric vehicles because Arm products are energy-efficient. Earlier faltering results at Arm were merely because of a hefty investment in hiring engineers needed to keep such innovations going, Son said. Son said he was tapping new leadership to give Arm a fresh start, with Rene Haas, a semiconductor industry veteran, as chief executive, replacing Simon Segars. "With the uncertainty of the past several months behind us, we are emboldened by a renewed energy to move into a growth strategy and change lives around the world again," Haas said. Arm, which SoftBank acquired in 2016, is a leader in artificial intelligence, IoT, cloud, the metaverse and autonomous driving, with sales and profit growing in recent years. Its semiconductor design is widely licensed and used in virtually all smartphones, the majority of tablets and digital TVs. The company's business centres on designing chips and licensing the intellectual property to customers, rather than chip manufacturing, for which it relies on partners. Nvidia also confirmed the merger was no longer on, although it still had its 20-year licensing agreement with Arm. "Arm is at the centre of the important dynamics in computing.

Nvidia Is Pushing the Limits in Autonomous Driving

For those not familiar with TuSimple, they are a publicly traded company and they focus in creating autonomous self-driving trucks, which I think is pretty impressive. Trucks are such a huge machine, that you need to have so many sensors, because obviously a car can really cause a lot of damage, but a truck, self-driving, if that goes circuit can definitely cause some insane damage. They partnered up with Nvidia, chips to work on autonomous computing, to work with their autonomous driving. For those not familiar with Nvidia, they are semiconductor company that makes chips or processors and accelerators. The reason you need these accelerators is because when you're doing autonomous driving, you really need to be able to compute all this information, all these sensors that you're seeing at real time.

At CES, NVIDIA sets the stage for AI everywhere 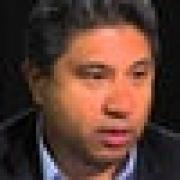 Despite the continuing COVID pandemic, the Consumer Electronics Show (CES) is taking place in Las Vegas this week, returning to a live format after a year off. The live presentation is somewhat ironic in an event where virtual reality, the metaverse, autonomous vehicles, and non-fungible tokens (NFTs) are taking center stage. Like it or not, the digitization of all things physical is coming fast. Although many of the CES themes may seem unrelated, there is one underlying technology – and that's artificial intelligence. We are rapidly moving into a world where AI is infused in almost every aspect of our lives – from the games we play, to home electronics, to the cars we drive, and beyond.

Artificial intelligence (AI) has become a part of everyday conversation and our lives. It is considered as the new electricity that is revolutionizing the world. AI is heavily invested in both industry and academy. However, there is also a lot of hype in the current AI debate. AI based on so-called deep learning has achieved impressive results in many problems, but its limits are already visible. AI has been under research since the 1940s, and the industry has seen many ups and downs due to over-expectations and related disappointments that have followed. The purpose of this book is to give a realistic picture of AI, its history, its potential and limitations. We believe that AI is a helper, not a ruler of humans. We begin by describing what AI is and how it has evolved over the decades. After fundamentals, we explain the importance of massive data for the current mainstream of artificial intelligence. The most common representations for AI, methods, and machine learning are covered. In addition, the main application areas are introduced. Computer vision has been central to the development of AI. The book provides a general introduction to computer vision, and includes an exposure to the results and applications of our own research. Emotions are central to human intelligence, but little use has been made in AI. We present the basics of emotional intelligence and our own research on the topic. We discuss super-intelligence that transcends human understanding, explaining why such achievement seems impossible on the basis of present knowledge,and how AI could be improved. Finally, a summary is made of the current state of AI and what to do in the future. In the appendix, we look at the development of AI education, especially from the perspective of contents at our own university.

DETROIT (Reuters) - Nvidia is launching new technology to expand its reach in the automotive industry, including a virtual driving assistant that can park a standard car and a system to speed up the training of autonomous vehicles. As part of its fall new product event, centered around its "Omniverse" simulation technology, Nvidia Chief Executive Jensen Huang said the company will begin offering automakers a system called Drive Concierge. It uses Nvidia hardware and artificial intelligence software to provide a variety of services, including an autonomous driving function that allows a human-driven vehicle to park itself. Another extension of the Omniverse strategy will be a system called "Omniverse Replicator" that will simplify and speed up the tasks required to create a virtual world for training automated vehicles. Nvidia, the world's biggest maker of graphics and artificial intelligence chips, has been pushing for years to expand technology originally developed for computer gaming and graphics into the auto industry.

Nvidia (NVDA) is well-known for its autonomous vehicle efforts, and at the company's GTC 2021 conference, it's rolling out three technologies to support its future self-driving capabilities: Nvidia Drive Hyperion 8, Drive Chauffeur, and Drive Concierge. Taken together, the technologies help Nvidia push deeper into the autonomous car space. What's more, the technologies provide drivers and passengers with their own personal AI assistant while their car drives them down the street. Drive Hyperion 8 combines a series of sensors including 12 cameras, nine radars, 12 ultrasonic sensors, and one front-facing lidar. The whole setup is meant to be modular so automakers can take and leave what they want.

Four years ago, an experimental system known as PilotNet became the first NVIDIA system to steer an autonomous car along a roadway. This system represents a departure from the classical approach for self-driving in which the process is manually decomposed into a series of modules, each performing a different task. In PilotNet, on the other hand, a single deep neural network (DNN) takes pixels as input and produces a desired vehicle trajectory as output; there are no distinct internal modules connected by human-designed interfaces. We believe that handcrafted interfaces ultimately limit performance by restricting information flow through the system and that a learned approach, in combination with other artificial intelligence systems that add redundancy, will lead to better overall performing systems. We continue to conduct research toward that goal. This document describes the PilotNet lane-keeping effort, carried out over the past five years by our NVIDIA PilotNet group in Holmdel, New Jersey. Here we present a snapshot of system status in mid-2020 and highlight some of the work done by the PilotNet group.