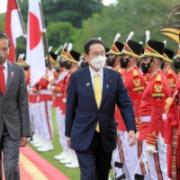 Prime Minister Fumio Kishida and Indonesian President Joko "Jokowi" Widodo on Friday confirmed they will strengthen cooperation toward realizing a "Free and Open Indo-Pacific" amid China's growing assertiveness in the region and Russia's invasion of Ukraine. Widodo said Indonesia and the Association of Southeast Asian Nations stand ready to build cooperation with their partners, and Kishida, who is on the first stop of his trip to Southeast Asia and Europe, underscored the importance of upholding the rules-based international order. "We are facing many challenges, including the situations in Ukraine, the East and South China seas and North Korea, and maintaining and strengthening the rules-based, free and open international order has become more important," Kishida said during a joint news conference after the summit. Kishida said that based on such understanding, the two sides confirmed they will strengthen cooperation toward realizing a Free and Open Indo-Pacific, an initiative that Japan has been pushing, and the ASEAN Outlook spearheaded by Indonesia. Japan views Indonesia, this year's host of the Group of 20 summit to be held in November and a key economy in Southeast Asia, as a strategic partner sharing universal values such as democracy and the rule of law. 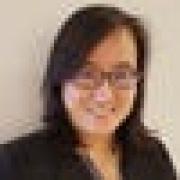 Nvidia is looking to impart its artificial intelligence (AI) knowledge to Indonesian university lecturers and students over the next five years. The chipmaker also will provide its DGX A100 systems to support AI education in the Asian nation. Nvidia on Thursday said it signed an agreement with Indonesia's Ministry of Education, Culture, Research, and Technology (Kemendikbudristek) to arm university lecturers and more than 20,000 students in AI skills. The five-year initiative aimed to develop local AI talent as part of the country's digital transformation efforts, the GPU manufacturer said. The agreement encompassed AI curriculum development, translation research workshops, as well as AI startup ecosystem development and support, Nvidia said.

This little robot is cleaning up our beaches, one cigarette butt at a time

The World Economic Forum, in collaboration with the World Resources Institute, convenes the Friends of Ocean Action, a coalition of leaders working together to protect the seas. From a programme with the Indonesian government to cut plastic waste entering the sea to a global plan to track illegal fishing, the Friends are pushing for new solutions.

In a surprise announcement, Indonesia's president Joko Widodo has ordered government agencies to replace top civil servants with artificial intelligence (AI) during 2020. The president announced the decision to a room of business leaders as he set out plans for his second five-year term after winning an election in April, Reuters reported. Widodo said that the top four tiers of civil servants would be condensed into two. "I have ordered my minister [of administrative and bureaucratic reform] to replace them with AI. Our bureaucracy will be faster with AI," he said.

TEMPO.CO, Jakarta - The Indonesian Government is eyeing to complete its national strategy to develop artificial intelligence (AI) in 2020 after the Research and Technology Minister Bambang Brodjonegoro admitted that it was not yet included in the national roadmap but was only part of the country's preparation toward the industrial revolution 4.0.