SAN MATEO, California and TEL AVIV, Israel, July 12, 2017 -- Gong.io, the leading SaaS company in the fast-growing category of Conversation Intelligence for sales teams, today announced a $20 Million Series A1 round. The investment round was led by existing investors Norwest Venture Partners and CheckPoint Co-Founder Shlomo Kramer. They were joined by new investors Wing Venture Capital and NextWorld Capital. Peter Wagner, Founding Partner at Wing Venture Capital, and Ben Fu, General Partner at NextWorld Capital, will join as Board Observers. While managing some of the most successful hyper-growth start-ups, they realized that most companies don't understand why their sales teams aren't meeting their targets.

Corrindus has raised $118 million and installed 33 systems to date. Playground Global led the round, with participation from Sony Innovation Fund and existing investor Robotics Hub. Agility's two-legged Cassie robot is already deployed in 6 research institutes. Agility is planning on using Cassie for everything from deliveries to facility inspections to hazardous search-and-rescue operations.

Security startup Vectra closed a $36 million Series D funding round, bringing its total funding to $123 million. The company will use the latest investment to help build a research and development center in Dublin as it pushes its artificial intelligence (AI)-based platform into the global market.

Big numbers are nothing new to Quizlet, one of the most widely-used digital study tools in the United States. And according to one website tracker, it is among the most visited sites in the country (besting LinkedIn and Spotify).

Twenty-five different startups were funded in January cumulatively raising $784 million; a great start for the new year. Four acquisitions were reported during the month while the IPO front lay waiting for something to happen.

Rokid, a Chinese startup that makes an AI voice assistant and smart devices, just raised a Series B extension round led by Temasek Holdings, with participation from Credit Suisse, IDG Capital and CDIB Capital. The size of the round was not released, but a source familiar with the deal told TechCrunch that it is $100 million. The company's previous funding was its Series B round, which was announced in November 2016. Founder and chief executive officer Mingming Zhu says Rokid raised a Series B instead of a C round because the company, which is based in Hangzhou, China with research centers in Beijing and San Francisco that develop its proprietary natural language processing, image processing, face recognition and robotics technology, is still in its early stages. Rokid wants to focus on gathering more resources and bringing in strategic investors like Temasek Holdings before moving on to a Series C.

Lemonade raises $120 million from SoftBank, others to take its chatbot-based insurance service global

Lemonade, a mobile-first, AI-infused insurance firm backed by chatbots and self-proclaimed ethics, has announced a $120 million series C funding round led by Japanese telecom giant SoftBank. The round saw participation from some existing investors, which include big names such as GV (Google Ventures), Sequoia Capital, and Allianz.

When DigitalGenius participated in the TechCrunch Disrupt Battlefield competition in New York City in 2015, there weren't a lot of companies working on AI and machine learning. Today, it's become much more commonplace, and the company announced a $14.75 million Series A.

H2O.ai Raises $40 Million to Democratize Artificial Intelligence for the Enterprise 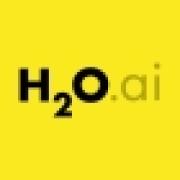 WIRE)--H2O.ai, the leading company bringing AI to enterprises, today announced it has completed a $40 million Series C round of funding led by Wells Fargo and NVIDIA with participation from New York Life, Crane Venture Partners, Nexus Venture Partners and Transamerica Ventures, the corporate venture capital fund of Transamerica and Aegon Group. The Series C round brings H2O.ai's total amount of funding raised to $75 million. The new investment will be used to further democratize advanced machine learning and for global expansion and innovation of Driverless AI, an automated machine learning and pipelining platform that uses "AI to do AI."

Locus Robotics, a Wilmington, MA-based startup, raised $25 million in a Series B funding led by Silicon Valley Scale Venture Partners, with additional participation from existing investors. Locus plans to use the funds to expand into international markets and build up its growing subscription-based robot fleet. Locus business model uses Robots-as-a-Service (RaaS) which allows customers to use Locus' solutions without a large-scale capital investment.