How to stop AI from recognizing your face in selfies

A number of AI researchers are pushing back and developing ways to make sure AIs can't learn from personal data. Two of the latest are being presented this week at ICLR, a leading AI conference. "I don't like people taking things from me that they're not supposed to have," says Emily Wenger at the University of Chicago, who developed one of the first tools to do this, called Fawkes, with her colleagues last summer: "I guess a lot of us had a similar idea at the same time." Actions like deleting data that companies have on you, or deliberating polluting data sets with fake examples, can make it harder for companies to train accurate machine-learning models. But these efforts typically require collective action, with hundreds or thousands of people participating, to make an impact.

Algorithmic Nudges Don't Have to Be Unethical Companies are increasingly using algorithms to manage and control individuals not by force, but rather by nudging them into desirable behavior -- in other words, learning from their personalized data and altering their choices in some subtle way. Since the Cambridge Analytica Scandal in 2017, for example, it is widely known that the flood of targeted advertising and highly personalized content on Facebook may not only nudge users into buying more products, but also to coax and manipulate them into voting for particular political parties. University of Chicago economist Richard Thaler and Harvard Law School professor Cass Sunstein popularized the term "nudge" in 2008, but due to recent advances in AI and machine learning, algorithmic nudging is much more powerful than its non-algorithmic counterpart. With so much data about workers' behavioral patterns at their fingertips, companies can now develop personalized strategies for changing individuals' decisions and behaviors at large scale. These algorithms can be adjusted in real-time, making the approach even more effective.

In 1969, as revolutionary fires burned, the Academy gave its Best Picture award to "Oliver!" Hollywood, still ruled by the crumbling studio system, was almost willfully blind to the nineteen-sixties; even breakthrough films such as "2001: A Space Odyssey" and "Rosemary's Baby" were left off the Best Picture list, which included representatives of such superannuated genres as the big-budget musical ("Funny Girl") and the medieval costume drama ("The Lion in Winter"). Under the newly devised rating system, "Oliver!" became the first G-rated film to win Best Picture, and it remains the last. By the next year, movies like "Midnight Cowboy" and "Easy Rider" finally injected the ceremony with a dose of sixties counterculture--but the decade was over. Two of this year's eight Best Picture nominees are set largely in 1969, and they show what Hollywood wouldn't bring itself to see back then. "The Trial of the Chicago 7" dramatizes the politicized court proceedings against activists who, the year before, protested the Democratic National Convention in Chicago.

"Mitchell knows what she's talking about. Artificial Intelligence has significantly improved my knowledge when it comes to automation technology, [but] the greater benefit is that it has also enhanced my appreciation for the complexity and ineffability of human cognition."―John Warner, Chicago Tribune "Without shying away from technical details, this survey provides an accessible course in neural networks, computer vision, and natural-language processing, and asks whether the quest to produce an abstracted, general intelligence is worrisome . . . Mitchell's view is a reassuring one." AI isn't for the faint of heart, and neither is this book for nonscientists . . . Western Illinois University was the closest, lowest-tier team to Chicago, where O'Donnell lives, and so he selected them, wheeled out an Xbox 360 "that sounds like a f---ing air conditioner" and got to work with recruiting and inputting coaching strategies. He decided to simulate the games, cataloguing the first two seasons and taking photos of the game on his TV screen. His comprehensive reports include game recaps, recruiting strategy, player analysis, team matchup breakdowns and more.

Two disciplines familiar to econometricians, factor analysis of equities returns and machine learning, have grown up alongside each other. Used in tandem, these fields of study can build effective investment-management tools, according to City University of Hong Kong's Guanhao Feng (a graduate of Chicago Booth's PhD Program), Booth's Nicholas Polson, and Booth PhD candidate Jianeng Xu. The researchers set out to determine whether they could create a deep-learning model to automate the management of a portfolio built on buying stocks that are expected to rise and short selling those that are expected to fall, known as a long-short strategy. They created a machine-learning algorithm that built a long-short equity portfolio from the top and bottom 20 percent of a 3,000-stock universe. They ranked the equities using the five-factor model of Chicago Booth's Eugene F. Fama and Dartmouth's Kenneth R. French.

Software that uses artificial intelligence (AI) may help improve breast cancer diagnosis. QuantX, developed in Chicago, uses AI to analyze breast MRIs. Radiologists can use the technology to help assess if breast lesions are cancerous. Research shows the technology led to a 39% reduction in missed cancers, according to a clinical trial. Maryellen Giger, PhD, a professor of radiology at the University of Chicago, developed the technology, which the FDA cleared in 2017. 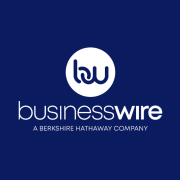 Civil liberties activists are suing a company that provides facial recognition services to law enforcement agencies and private companies around the world, contending that Clearview AI illegally stockpiled data on 3 billion people without their knowledge or permission. The lawsuit, filed in Alameda County Superior Court in the San Francisco bay area, says the New York company violates California's constitution and seeks a court order to bar it from collecting biometric information in California and requiring it to delete data on Californians. The lawsuit says the company has built "the most dangerous" facial recognition database in the nation, has fielded requests from more than 2,000 law enforcement agencies and private companies and has amassed a database nearly seven times larger than the FBI's. Separately, the Chicago Police Department stopped using the New York company's software last year after Clearview AI was sued in Cook County by the American Civil Liberties Union. The California lawsuit was filed by four activists and the groups Mijente and Norcal Resist.