A day after her interview for a part-time job at Target last year, Dana Anthony got an email informing her she didn't make the cut. Anthony didn't know why -- a situation common to most job seekers at one point or another. But she also had no sense at all of how the interview had gone, because her interviewer was a computer. More job-seekers, including some professionals, may soon have to accept impersonal online interviews where they never talk to another human being, or know if behind-the-scenes artificial-intelligence systems are influencing hiring decisions. Demand for online hiring services, which interview job applicants remotely via laptop or phone, mushroomed during the COVID-19 pandemic and remains high amid a perceived worker shortage as the economy opens back up.

LICENSING INFORMATION If your hospital is listed above, you can find out more about the licensing options visiting the Statista website. METHODOLOGY The World's Best Smart Hospitals 2021 ranks the 250 medical institutions that are the world leaders in the use of smart technology. The ranking is based on a survey which included recommendations for hospitals in five categories: Digital Surgery, Digital Imaging, Artificial Intelligence, Telehealth and Electronic Medical Records. These recommendations came from both national and international sources. Statista's complex methodology ensures the quality and validity of the ranking.

India Moves Forward in the Race of Artificial Intelligence

The IT sector of India has always been a hub of great minds and it has played a vital role in the economic growth of the country. Around 2018, the government think-tank, National Institution for Transforming India (NITI) Aayog emphasized the development of AI research in the IT sectors. This development came on the heels of the launch of a Task Force on Artificial Intelligence for India's economic transformation by the Commerce and Industry Department of the Government of India in 2017. Since then, AI is gradually being adopted in every sector of India. Experts' reviews show that healthcare and agriculture are so far among the most important sectors of focus to improve living conditions for India's citizens.

Will Robots Free Recruiting From Bias?

All humans have bias, unconscious or otherwise – the risks and effects of which have never been more apparent than in recruitment. As such, it seems reasonable to hope that technology holds the key to achieving fairer outcomes in hiring decisions. For those committed to making the process more inclusive and organisations more diverse, the potential and ever increasing possibilities for technology as part of recruitment can appear limitless. As the use of AI in recruitment continues to hit the headlines, automation in recruitment has become more widespread, transforming who and how companies recruit. Although the appeal of AI is clear (and its use can be transformative in recruitment), it is important to reappraise exactly what technology can change for the better right now. By taking a more realistic look at the technology, we can recalibrate our expectations and understand the role we have to play in driving meaningful change.

As employers seek to diversify their hiring practices, AI can be an important tool to level the playing field. Hiring platform Modern Hire has unveiled a new on-demand AI video interview feature. The platform evaluates interview responses and gives hiring managers a score for each applicant with its Automated Interview Scoring AI feature. The launch of the AIS program is part of an effort to ensure a more fair and unbiased hiring experience. Interviews are standardized and focus only on the job-related aspects of interviewee's responses. 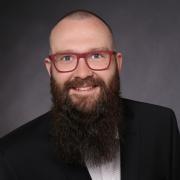 This year, RoboCup will be taking place from 22-28 June as a fully remote event with RoboCup competitions and activities taking place all over the world. The RoboCup Logistics League (RCLL) is a sub-league of the RoboCup Industrial League. It focuses on in-factory logistics applications. The goal is for a team of autonomous robots to assemble products on demand, using a set of production machines. Each team comprises up to three autonomous robots which can produce using seven machines.

Japan must work with TSMC to rebuild chipmaking base, ex-economy minister says

Japan can't build a cutting-edge chip development and manufacturing base on its own, and must seek to cooperate with Taiwan Semiconductor Manufacturing Co. (TSMC), according to Akira Amari, a senior lawmaker from the ruling Liberal Democratic Party. Amari, a former economy minister who heads an LDP working group on semiconductor strategy, added that the government must be prepared to spend trillions of yen to keep up with the U.S. and Europe. Both have plans to pour money into the industry amid a global shortage of semiconductors, including advanced logic chips that are essential for everything from artificial intelligence to autonomous driving. "Unlike the purely domestic, independent way it was done in the past, I think we need to cooperate with overseas counterparts," Amari said in an interview in Tokyo on Monday. "The world's top logic chipmaker is TSMC, so we must think about how to cooperate with them."

Are YOU Being Interviewed by a Robot? - ask.FEDweek

Did you know that many interviews, especially those in the private sector, are being conducted by robots (officially, artificial intelligence...Read More