Clearview AI is just one of many facial recognition firms scraping billions of online images to create a massive database for purchase – but a new program could block their efforts. Researchers designed an image clocking tool that makes subtle pixel-level changes that distort pictures enough so they cannot be used by online scrapers – and claims it is 100 percent effective. Named in honor of the'V for Vendetta' mask, Fawkes is an algorithm and software combination that'cloaks' an image to trick systems, which is like adding an invisible mask to your face. These altered pictures teach technologies a distorted version of the subject and when presented with an'uncloaked' form, the scraping app fails to recognize the individual. 'It might surprise some to learn that we started the Fawkes project a while before the New York Times article that profiled Clearview.ai in February 2020,' researchers from the SANLab at University of Chicago shared in a statement.

Video game lovers now have their own fully-fledged network again with the arrival of the Video Game Entertainment & News Network (VENN). The VENN began broadcasting live Wednesday at about 2:30 p.m. ET on its on website VENN.tv, as well as on Twitter, Twitch, YouTube and Facebook. The network has a full slate of programs including daily variety show VENN Arcade Live, the afternoon interactive show Guest House, and The Download, a daily gaming, pop culture and tech news show including host Erin Ashley Simon, esports commentator Matt Morello, and actor and musician Jimmy Wong ("Mulan"). VENN covers "the intersection of culture, entertainment, esports and gaming," Simon said in a promotional video posted on Twitter. But the network also shows that gamers "come in so many different shapes and forms we have so many different passions. And more importantly we are able to be ourselves. VENN is about uplifting and empowering content creators and gamers and talent and allowing us to be us."

The future of work is remote-- at this point, this assertion could easily double as the proverbial war cry of tech's most prolific armchair experts. Undoubtedly, there's ample evidence to support their claims. Over the past decade, growth in remote work careers has ballooned to the tune of 91 percent, with nearly 5 million Americans engaging in business from the comfort of their couches. Even still, there are numerous barriers preventing this lifestyle from becoming the norm, with geographically-dispersed workforces facing seemingly insurmountable challenges of fragmentation, isolation, and miscommunication. But fear not, office dwellers-- artificial intelligence, the most buzzworthy technology trend of modern computing, offers a number of capabilities that may soon serve as the most critical infrastructure in the remote work revolution.

Can Artificial Intelligence Help Increase Diversity in IT? - InformationWeek

Technology companies are poster children for diversity problems in the workforce. Although they far surpass the national average when hiring Asian Americans, Brookings found African Americans and Latinos were employed in tech at half the rate as they were in all other professions. There is no shortage of theories as to why these gaps persist, but no solution to date has made a significant dent in the industries' problem. Is it time to look at artificial intelligence to eradicate bias from our hiring process? First, we have to deal with the elephant in the room.

Last week three individuals filed a lawsuit against Microsoft Corporation in the United States District Court for the Northern District of California, with a request for class action certification. Microsoft's multitude of Business and Enterprise editions offer more advanced feature sets than the Home and Personal editions, with collaborative applications and management tools designed for meeting enterprise security and compliance challenges. The plaintiffs contend that Microsoft is routinely violating the privacy of customers who pay for business subscriptions to Microsoft 365 (formerly Office 365). They allege that "Microsoft shares its business customers' data with Facebook and other third parties, without its business customers' consent." The complaint also accuses Microsoft of sharing business customers' data with third-party developers and with "hundreds of subcontractors ... without requiring the subcontractors to keep the data private and secure." And they maintain that Microsoft uses their business customers' private data "to develop and sell new products and services--and otherwise benefit itself."

The Morning After: 'Mulan' is going directly to Disney

Today's newsletter comes with a more accurate prediction of the big Samsung event -- even if there's probably already another Galaxy device leaked before it starts -- and 100 percent more working links. After all the teases and photos, there shouldn't be many surprises, but if you want to know exactly what the next Galaxy Fold and Galaxy Note are like, then you'll find out in a few hours. With 57.5 million customers from Disney, 8.5 million from ESPN (up from 2.5 million a year ago) and 35.5 million from Hulu (up from 27.9 million), Disney now counts over 100 million direct customers. However, it's bringing in less money per user than other streamers, due to discounts, all while the pandemic has closed movie theaters and kept people away from theme parks. Disney did manage a hit when it released Hamilton direct to Disney, and it's following up with something bigger.

Amazon is working on a new feature for its Alexa voice assistant that will let the software launch Android and iOS apps using voice commands, a first for Amazon's assistant and a bold expansion of its strategy to position Alexa as a platform-agnostic alternative to Apple's Siri and Google Assistant. Called Alexa for Apps, the new feature is launching today in preview form, meaning Amazon is working with select developers on how they'd like to make use of it. For instance, Amazon imagines users on either an iPhone or an Android device asking Alexa to open Twitter and search for a hashtag, and the app would then let the companion Alexa skill do the work of launching the app and inputting the search term. The results would then show up on the phone instead of being read aloud. Another example Amazon gives is using a voice request to launch TikTok and start a hands-free video recording (in the event you're filming yourself). It's a new type of interaction Amazon is hoping could catch on and help better position Alexa as a viable competitor to digital assistants from Apple and Google, both of which are deeply baked into their respective operating systems and have richer access to apps and system-level features as a result.

The biggest advantage, obviously, is the potential to meet thousands of eligible singles who you likely wouldn't have known existed otherwise. But whether those singles use their profile regularly or are even on it for the right reasons is another question -- thus, the terrifying edge that can cause singles genuinely searching for the real thing to shy away from such a valuable tool. When the dating pool is so deep, it's important to narrow down your options to dating sites that are most likely to attract a very specific type of person and introduce you to people who have the same intentions that you do. Whether unspoken or not, eharmony and Elitesingles are two websites for serious relationships that make those kind of definitions clear. After deciding that online dating is your best shot at meeting someone who's in it for the long haul, eharmony probably immediately came to mind. 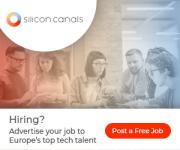 As Covid-19 hounds the world, AI and IoT lead the charge in Healthcare 4.0 - ET HealthWorld

By Pradeep Kolankari, Senior Director, Medical Devices and Healthcare, Capgemini At a hospital in Wuhan in China, robots and IoT devices were used to check patients' temperatures, as well as monitor their heart rates and sugar levels through a smart bracelet worn by patients. They also cleaned and disinfected the area, apart from providing food and medicines to patients. Best of all, they even entertained patients with some dance moves. Welcome to the age of the Internet of Things (IoT) in healthcare! Globally, the healthcare landscape is stretched.