Throughout history, society has debated the morality of debt. In ancient times, debt--borrowing from another on the promise of repayment--was viewed in many cultures as sinful, with lending at interest especially repugnant. The concern that borrowers would become overindebted and enslaved to lenders meant that debts were routinely forgiven. These concerns continue to influence perceptions of lending and the regulation of credit markets today. Consider the prohibition against charging interest in Islamic finance and interest rate caps on payday lenders--companies that offer high-cost, short-term loans.

The long-awaited revival of the Volkwagen microbus will finally happen in 2022, and it'll apparently include some form of autonomous driving capability. VW confirmed Monday that it plans to debut its new electric van next year, which would be half a decade after a concept version made a splash at the 2017 Detroit auto show. The German automaker announced it will integrate autonomous driving technology into the Volkswagen ID. Buzz, making it a 21st Century callback to an era filled with nostalgia. While the production version of the van is set to be revealed in 2022, VW U.S. CEO Scott Keogh recently told Automotive News that the ID.

Though not as venerable as novels based on movies, novelizations of video games have been a sturdy publishing genre for decades. Assassin's Creed, Halo, Donkey Kong Country--all have been rendered in what technically counts as prose. You wouldn't call these novels of ideas, probably, but that's what the Swedish gaming company Mojang got, in 2016, when it approved Max Brooks to write a book based on Minecraft, widely considered the best-selling video game of all time. In most iterations, Minecraft players enter a Lego-like universe where they must learn how to shelter and feed themselves, marshal resources, build stuff, and otherwise survive while coping with nightly mobs of zombies, skeletons, and other bad actors. There is an often ignored way to "win" Minecraft, but for most players the game is more a world to invent.

How One State Managed to Actually Write Rules on Facial Recognition

Though police have been using facial recognition technology for the last two decades to try to identify unknown people in their investigations, the practice of putting the majority of Americans into a perpetual photo lineup has gotten surprisingly little attention from lawmakers and regulators. Lawmakers, civil liberties advocates and police chiefs have debated whether and how to use the technology because of concerns about both privacy and accuracy. But figuring out how to regulate it is tricky. So far, that has meant an all-or-nothing approach. City Councils in Oakland, Portland, San Francisco, Minneapolis and elsewhere have banned police use of the technology, largely because of bias in how it works.

Deepfake Detectors can be Defeated, Computer Scientists Show for the First Time 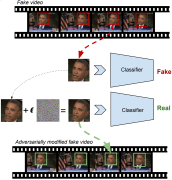 Systems designed to detect deepfakes--videos that manipulate real-life footage via artificial intelligence--can be deceived, computer scientists showed for the first time at the WACV 2021 conference which took place online Jan. 5 to 9, 2021. Researchers showed detectors can be defeated by inserting inputs called adversarial examples into every video frame. The adversarial examples are slightly manipulated inputs which cause artificial intelligence systems such as machine learning models to make a mistake. In addition, the team showed that the attack still works after videos are compressed. "Our work shows that attacks on deepfake detectors could be a real-world threat," said Shehzeen Hussain, a UC San Diego computer engineering Ph.D. student and first co-author on the WACV paper.

AI Infrastructure Gets a Stack 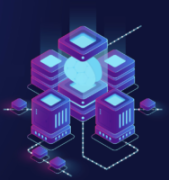 Away From Silicon Valley, the Military Is the Ideal Customer

On a recent afternoon, Mr. Luckey, dressed as if ready for the beach in a Hawaiian-like shirt, shorts and flip-flops, joined other Anduril employees at the company's testing site near Camp Pendleton, a Marine training facility. As the drone took off and swooped between the hills, Mr. Luckey said it could track an object and capture detailed images from seven football fields away. Using many of the artificial intelligence technologies that underpin self-driving cars, Anduril's drones can identify and track vehicles, people and other objects largely on their own. The drones are not armed, but could be useful for guarding bases or reconnaissance. The same sensor technologies that allow the drones to fly on their own could also be used to identify targets on a battlefield.

Most companies are struggling to develop working artificial intelligence strategies, according to a new survey by cloud services provider Rackspace Technology. The survey, which includes 1,870 organizations in a variety of industries, including manufacturing, finance, retail, government, and healthcare, shows that only 20 percent of companies have mature AI/machine learning initiatives. The rest are still trying to figure out how to make it work. Lower costs, improved precision, better customer experience, and new features are some of the benefits of applying machine learning models to real-world applications. But machine learning is not a magic wand.

Robotic dogs are helping prevent the spread of COVID-19 in Seville, Spain.

Montezuma's Revenge is one of the most challenging Atari games An artificial intelligence that can remember its previous successes and use them to create new strategies has achieved record high scores on some of the hardest video games on classic Atari consoles. Many AI systems use reinforcement learning, in which an algorithm is given positive or negative feedback on its progress towards a particular goal after each step it takes, encouraging it towards a particular solution. This technique was used by AI firm DeepMind to train AlphaGo, which beat a world champion Go player in 2016. Adrien Ecoffet at Uber AI Labs and OpenAI in California and his colleagues hypothesised that such algorithms often stumble upon encouraging avenues but then jump to another area in the hunt for something more promising, leaving better solutions overlooked. "What do you do when you don't know anything about your task?" says Ecoffet. "If you just wave your arms around, it's unlikely that you're ever going to make a coffee."