Once every few days, Starbucks sends out an offer to users of the mobile app. An offer can be merely an advertisement for a drink or an actual offer such as a discount or BOGO (buy one get one free). Some users might not receive any offer during certain weeks. And also, not all users receive the same offer, and that is the challenge to solve with this data set. The data set contains simulated data that mimics customer behavior on the Starbucks rewards mobile app. 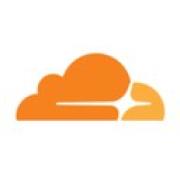 At Cloudflare, we have our eyes set on an ambitious goal: to help build a better Internet. Today the company runs one of the world's largest networks that powers approximately 25 million Internet properties, for customers ranging from individual bloggers to SMBs to Fortune 500 companies. Cloudflare protects and accelerates any Internet application online without adding hardware, installing software, or changing a line of code. Internet properties powered by Cloudflare all have web traffic routed through its intelligent global network, which gets smarter with every request. As a result, they see significant improvement in performance and a decrease in spam and other attacks.

In this article, the topics will revolve around the MLOps tool stack. We know the full lifecycle of MLOps, we should know which set of tools and technologies will be assisting us at each stage of the lifecycle.

On Friday, North Atlantic Treaty Organisation's (NATO) defence ministers approved the alliance's first artificial intelligence strategy and the creation of the NATO Innovation Fund. Following the second day of the NATO defence ministerial conference in Brussels, Secretary-General Jens Stoltenberg stated that NATO allies have signed an agreement to establish the alliance's first Innovation Fund. He stated that NATO's new innovation fund will guarantee that organisations do not miss out on the most cutting-edge technology and capabilities that are crucial for its security, reported Anadolu Agency. With approximately $1 billion in funding from 17 NATO member states, the programme will promote research and development on new and disruptive technologies. NATO defence ministers also approved the alliance's first Artificial Intelligence Strategy, which establishes guidelines for the use of AI in accordance with international law.

Robert Langer, the co-founder of Moderna and a lauded MIT professor, said, "We are at the tipping point of the modernization of drug discovery" and that the "Quris platform could be a significant value to pharma companies and the health of society at large." Langer is a member of the scientific advisory board of Quris, which officially launched this week and announced $9 million in seed funding to support its efforts. Nobel laureate Aaron Ciechanover is the chairman of the company's scientific advisory board. Quris, based in Israel and Boston, is an artificial intelligence (AI) company operating in the pharmaceutical space. Its team has developed an AI platform to predict which drug candidates will work most safely and effectively in humans.

How NakedPoppy Is Using A.I. to Make It Easier to Shop for Cosmetics

Bisharat has also changed her tune over time. While the entrepreneur says she initially intended to sell only original products under NakedPoppy's name, she realized early on that most makeup wearers have at least seven different brands in their arsenal--they don't want to stick to just one. So, NakedPoppy pivoted to stock other vetted brands. It was a lesson in listening, she says. "You have to make sure that you're solving a problem that customers really have," says Bisharat, whose company now offering 550 SKUs and counting (just four of which are original NakedPoppy-formulated products).

Swim Transformer is all you need for Computer Vision

The US Food and Drug Administration has given marketing clearance to CognICA, an artificial intelligence–powered integrated cognitive assessment for the early detection of dementia. Developed by Cognetivity Neurosciences Ltd, CognICA is a 5-minute, computerized cognitive assessment that is completed using an iPad. The test offers several advantages over traditional pen-and-paper-based cognitive tests, the company said in a news release. "These include its high sensitivity to early-stage cognitive impairment, avoidance of cultural or educational bias and absence of learning effect upon repeat testing," the company notes. Because the test runs on a computer, it can support remote, self-administered testing at scale and is geared toward seamless integration with existing electronic health record systems, they add.

We were able to identify vaccine candidates that would be effective against the virus really, really quickly - in a matter of weeks - because companies like Moderna had invested quite heavily in AI-based platforms for discovering such candidates.

You have to give credit to artificial intelligence

Lenders put your information into a database and out spits a score that will determine your credit worthiness. Today, this process is so streamlined that you can apply online and get an almost immediate response to your loan inquiry. Clearly, no real person is involved in a decision that can have a great effect on your life. Many years ago, there were such things as "character" loans. A bank manager, who knew you, would decide whether to grant a loan based on factors that are hard to quantify.