What are the best video games of all time? I asked our team to help decide.

Video game fans frequently try to crown one favorite or another as "The Best." There are tens of thousands of words scattered across the internet, all devoted to identifying the titles that represent the absolute pinnacle of games one can play. There's also no consensus: My dull experience is another person's transcendent awakening. Even the basic definition of "best" and how it's applied to one or a list of games is open to debate. Instead of trying to crown a set of games as the one-size-fits-all best video games of all time, I turned to the members of Mashable's games-loving team and asked them to share what they considered the best games for them. No other context given, and no guidance as to how "best" should be measured.

We Need a New 'Legend of Zelda' Cartoon 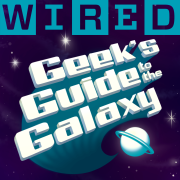 The Legend of Zelda games have an amazing sense of adventure that ought to translate well to an animated series. But videogame journalist Blake J. Harris says that Nintendo's only attempt at a Zelda cartoon, in 1989, is spoiled by its unlikeable protagonist. "There was nothing that showed me that Link was loyal to anyone, or treated other people like family, or respectfully, or did things for the right reasons," Harris says in Episode 421 of the Geek's Guide to the Galaxy podcast. "So I was like, 'This guy is just a smug jerk.'" Fantasy author Erin Lindsey agrees that Link's personality completely ruins the show.

Details of the hotly-anticipated Harry Potter video game based on JK Rowling's hugely popular series of books have been leaked. The'high-end' role-playing game will let'muggles' become witches and wizards, cast spells and attend classes at Hogwarts School of Witchcraft and Wizardry. Controlling a virtual avatar, gamers will be able to roam a vast, open-world re-creation of Hogwarts and its surrounding areas, according to developers quoted by Bloomberg. The game is in development at a Warner Bros-owned studio, Avalanche Software, which has a history of developing games based on films, including Toy Story and Cars. It's reportedly due for release late in 2021 for Sony's new PlayStation 5 console, which will be released in late 2020, and Microsoft's Xbox Series X consoles.

Fox News Flash top headlines are here. Check out what's clicking on Foxnews.com. Kobe Bryant will grace the cover of NBA 2K21's "Mamba Forever" edition. The video game series will honor the late Los Angeles Lakers legend on the Xbox One and PlayStation 4 versions of the game and the Xbox Series X and PlayStation 5 versions as well. The current video game consoles will have cover art featuring Bryant during his 81-game performance in 2006 and the future generation console game will picture Bryant waving to the Staples Center crowd in his final game.

Games publisher 2K will charge £5 more for its forthcoming NBA 2K21 basketball game on the PlayStation 5 and Xbox Series X consoles. It is the first company to reveal how it will price software for the next-generation machines. Sony and Microsoft have yet to reveal how much they plan to charge for the new hardware. One analyst said it was not unusual for new console games to be priced at a premium. But it is an added factor for gamers to consider at a time when finances are under strain because of the coronavirus pandemic.

TL;DR: Create your own 3D video game with The Complete GameGuru Bundle for $29.99, an 85% savings as of July 2. Every video game fan, at some point, has dreamt of making their own. But, of course, there are quite a few obstacles to such a dream. Fortunately, a lack of programming skills doesn't have to be one of them. With the Complete GameGuru Bundle, even complete coding novices can create their very own 3D video games. Designed for gaming enthusiasts without programming or design expertise, GameGuru is a non-technical and fun game maker that makes the game creation process easy and enjoyable.

"It's the representation in gaming I've waited for my whole life." Marvel's Avengers are assembling once again, not on the big screen, but for a blockbuster video game. It features many of the superheroes you might expect, including Iron Man, Hulk and Captain America. But they are joined by a new addition: Kamala Khan. The Muslim-American teenager of Pakistani heritage, who has shape-shifting abilities, is the latest character to adopt the Ms Marvel moniker.

'GTA V' brings transphobia to the next console generation

Imagine there's a marquee game coming out next year from one of the coolest AAA video game studios in the world, and its first round of marketing has just gone live. It's nighttime in the game and the streamer, playing as a middle-aged man, approaches a group of people standing outside of a club. They're all broad-shouldered with cut biceps, and they're wearing an assortment of wigs, crop tops, mini skirts, lace stockings and bikini bottoms. Chest hair pokes out from some of their shirts, and under layers of dramatic makeup, a few jawlines are dusted with stubble. The tight clothing highlights obvious crotch-level bulges.

The video game "The Last of Us Part II" is already proven to be a hit for the Sony PlayStation 4. But for some gamers, the much-hyped release means more – the cinematic thriller breaks new ground with features that make it easier for disabled players to play along. As video game consoles have evolved, developers have been able to design games that are more accessible."Gears And tech hardware such as Microsoft's Xbox Adaptive Controller, released in 2018, has also made games easier to play for those with a disability. Game developers have also begun soliciting the advice of disabled gamers to make their titles more accessible for the 46 million or so gamers in the U.S. alone who are disabled, according to researchers at the AbleGamers charity, a non-profit that advocates for and assists gamers who are disabled. "The Last of Us Part II," released last month ($59.99, "I can say they definitely raised the bar," said AbleGamers founder and executive director Mark Barlet. Sony-owned studio that created the game and others such as the Uncharted series, set out to address issues faced by the disabled. In 2016's "Uncharted 4: A Thief's End," the designers made it easier to make moves on a controller for those with motion limitations. A year later, the studio invited disability advocate and game consultant Brandon Cole, who is blind, to speak to developers there as development on "The Last of Us Part II' was beginning.