All the sessions from Transform 2021 are available on-demand now. This article is part of our reviews of AI research papers, a series of posts that explore the latest findings in artificial intelligence. One of the key challenges of deep reinforcement learning models -- the kind of AI systems that have mastered Go, StarCraft 2, and other games -- is their inability to generalize their capabilities beyond their training domain. This limit makes it very hard to apply these systems to real-world settings, where situations are much more complicated and unpredictable than the environments where AI models are trained. But scientists at AI research lab DeepMind claim to have taken the "first steps to train an agent capable of playing many different games without needing human interaction data," according to a blog post about their new "open-ended learning" initiative. Their new project includes a 3D environment with realistic dynamics and deep reinforcement learning agents that can learn to solve a wide range of challenges.

Sound is incredibly important in video games, both for conveying information and influencing the player's mood. Video game history is packed with memorable tunes, from Tetris' rearrangement of Russian folk song "Korobeiniki," to the iconic Super Mario Bros. theme, to Untitled Goose Game's innovative use of Debussy's "Préludes." Yet while instrumental tracks are by far the most common, some of the best video game songs also include vocals. Early video games didn't have the technology to include music with lyrics, limiting 8-bit games to compositions of chiptune beeps and trills. But an impressive catalogue of vocal video game songs has formed since then, many of which are more than capable of standing on their own.

Last weekend, I logged on again, and Andrea and I played with another friend who was starting the game and had spawned in First Light as well. This made the game more bearable for Andrea; she now had a buddy to do quests with, which is the point of an MMO. I started to do faction quests to level up and increase my standing with the Marauders, my chosen allegiance, which involved killing sheep, skinning them and venturing to some mines. After I completed these quests, I received the same quests again. In the beta, at least, it didn't feel as though there was much for me to do.

Save $5 on 3 months of Xbox Game Pass Ultimate

SAVE $5: Walmart and Amazon have three-month Xbox Game Pass Ultimate memberships on sale for just $39.99 (normally $44.99) as of Aug. 3 -- an 11% savings. Being a membership service that offers access to hundreds of titles for one monthly fee, Microsoft's Xbox Game Pass has frequently been called "the Netflix for video games." That should probably be amended now that Netflix is actually planning an expansion into the market, but it doesn't change the fact that the Game Pass is still one of the best deals in gaming -- even more so right now. They typically sell for $44.99, so you're saving a good 11%. Xbox Game Pass Ultimate is the highest tier package for the service, combining all the perks of the standard Xbox Game Pass for console and PC (including 100 high-quality games, release-day access to Xbox Game Studio titles, and exclusive discounts) with Xbox Live Gold.

The head of Blizzard Entertainment is stepping down after video game publisher Activision Blizzard was sued by the state of California over alleged sexual harassment and equal pay violations. In a statement posted Tuesday, Blizzard Entertainment announced J. Allen Brack will step down as head of the studio, replaced by Jen Oneal and Mike Ybarra as co-leaders of the studio. Oneal joined Blizzard earlier this year as an executive vice president of development, providing support to franchises Diablo and Overwatch. Ybarra left Xbox to join Blizzard in 2019 as executive vice president and general manager of platform and technology, overseeing the studio's Battle.net "I am confident that Jen Oneal and Mike Ybarra will provide the leadership Blizzard needs to realize its full potential and will accelerate the pace of change," said Brack in a statement. Both Oneal and Ybarra are relatively new to the company, which develops popular video game titles "World of Warcraft" and "Overwatch." Oneal joined the company in January from Vicarious Visions, another Activision Blizzard subsidiary, and had been overseeing the development and support of Blizzard's Diablo and Overwatch franchises. Ybarra came to Blizzard in November of 2019 after more than 19 years working with Xbox. In his final post there, he served as corporate vice president, overseeing Xbox Live, Xbox Game Pass and Microsoft's now defunct streaming platform, Mixer.

Activision Replaces Blizzard Head as It Grapples With Gender-Bias Lawsuit

Activision Blizzard Inc. said an executive named in a gender-bias lawsuit filed against the company last month by California regulators is leaving the videogame company. J. Allen Brack is immediately stepping down from his role as president of Blizzard Entertainment, the unit behind hit franchises such as World of Warcraft and Overwatch, the company said Tuesday. Two company veterans, Jen Oneal and Mike Ybarra, were named co-leaders of the unit, which it acquired in 2008. "It became clear to J. Allen Brack and Activision Blizzard leadership that Blizzard Entertainment needs a new direction and leadership given the critical work ahead in terms of workplace culture, game development, and innovation," the company said in a statement. Mr. Brack didn't immediately respond to a request for comment.

Will AI Take Over The World? 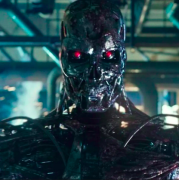 "Pokémon Unite" has other important balance issues to consider. Zapdos, the legendary thunder bird, appears in the middle of the arena during the last two minutes of every match. Defeating Zapdos leaves all of the opponent's goals defenseless. And in the final two minutes of every match, every goal also counts as double, giving the team that beats Zapdos a near-insurmountable advantage, no matter how badly they might've been losing for most of the match.