Boundless: The evolution of the connected company 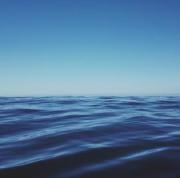 "The world of reality has its limits; the world of imagination is boundless." Over the last two years or so, Henry King, innovation and transformation at Salesforce and my colleague and co-author, and I have been investigating and reporting on a model for business success that has eluded the spotlight until now but is beginning to emerge into the mainstream. It contrasts traditional or conventional ways of managing a company's various resources (data, product, money, employees, customers, etc.) with new ones that we have seen gradually emerging over at least a decade. The primary driver of change during this period has been and continues to be, the evolution of our digital technologies and the new opportunities they bring to those able to perceive and assimilate them, as well of course as the new challenges they bring to those who aren't. The gulf between opportunity and challenge, between success and failure, was made manifest by the COVID-19 pandemic which quickly became the accelerant of digital adoption at least for the connection between businesses and their customers and employees in a digital-first, work from anywhere -- in fact do anything from anywhere -- world.

How the Integrations Between Ray & MLflow Aids Distributed ML Production

In this blog post, we're announcing two new integrations with Ray and MLflow: Ray Tune MLflow Tracking and Ray Serve MLflow Models, which together make it much easier to build machine learning (ML) models and take them to production. These integrations are available in the latest Ray wheels. You can follow the instructions here to pip install the nightly version of Ray and take a look at the documentation to get started. They will also be in the next Ray release -- version 1.2 Our goal is to leverage the strengths of the two projects: Ray's distributed libraries for scaling training and serving and MLflow's end-to-end model lifecycle management. Let's first take a brief look at what these libraries can do before diving into the new integrations.

The year 2020 will go down in history for a variety of dubious reasons. But for some companies, they will look back on last year and triumphantly proclaim that 2020 was the year they finally adopted artificial intelligence (AI) to grow their business. Because AI takes traditional market segmentation several steps beyond data analysis into actionable journeys. Campaigns can have multiple pathways selected by the behavior of the customer on the website as viewed through click, interaction and download behavior. Each can be personalized at every step.

JavaScript is one of the most popular programming languages having massive fan base. It is no longer limited to web design and can be used for game design, mobile development and even for Machine Learning. Although most of its uses are as a scripting language for web development, there are also non-browser environments that make use of JavaScript. While the Python programming language feeds most machine learning frameworks, JavaScript has not lagged behind. This is the reason why JavaScript developers are using a number of frameworks for training and implementing machine learning models in the browser.

Artificial intelligence is becoming a true industry, with all the pluses and minuses that entails, according to a sweeping new report.Why it matters: AI is now in nearly every area of business, with the pandemic pushing even more investment in drug design and medicine. But as the technology matures, challenges around ethics and diversity grow.Stay on top of the latest market trends and economic insights with Axios Markets. Subscribe for freeDriving the news: This morning, the Stanford Institute for Human-Centered Artificial Intelligence (HAI) released its annual AI Index, a top overview of the current state of the field.A majority of North American AI Ph.D.s — 65% — now go into industry, up from 44% in 2010, a sign of the growing role that large companies are playing both in AI research and implementation."The striking thing to me is that AI is moving from a research phase to much more of an industrial practice," says Erik Brynjolfsson, a senior fellow at HAI and director of the Stanford Digital Economy Lab.By the numbers: Even with the pandemic, private AI investment grew by 9.3% in 2020, a bigger increase than in 2019.For the third year in a row, however, the number of newly funded companies decreased, a sign that "we're moving from pure research and exploratory small startups to industrial-stage companies," says Brynjolfsson.While academia remains the single-biggest source worldwide for peer-reviewed AI papers, corporate-affiliated research now represents nearly a fifth of all papers in the U.S., making it the second-biggest source.The drug and medical industries took in by far the biggest share of overall AI private investment in 2020, absorbing more than $13.8 billion — 4.5 times greater than in 2019 and nearly three times more than the next category of autonomous vehicles.The catch: While the field has experienced sudden busts in the past — the "AI winters" that vaporized funding — there's little indication such a collapse is on the horizon. But industrialization comes with its own growing pains.Cutting-edge AI increasingly requires huge amounts of computing and data, which puts more power in the hands of fewer big players.Conversely, the commoditization of AI technologies like facial recognition means more players in the field, both domestically and internationally, which makes it more difficult to regulate their use. As AI grows, the ethical challenges embedded in the field — and the fact that 45% of new AI Ph.D.s are white, compared to just about 2% who are Black — will mean "there's a new frontier of potential privacy violations and other abuses," says Brynjolfsson.The AI Index found that while the field of AI ethics is growing, the interest level of big companies is still "disappointingly small," says Brynjolfsson.Details: Those growing pains are at play in one of the most exciting applications in AI today: massive text-generating models. Systems like OpenAI's GPT-3, released last year, swallow hundreds of billions of words along the way to producing original text that can be eerily human-like in its execution.Text-generating AI models could help polish human-written resumes for job search, but could also potentially be used to spam corporate competitors with realistic computer-generated applicants, not to mention warp our shared reality."What we increasingly have with these models is a double-edged sword," says Kristin Tynski, a co-founder and senior VP at Fractl, a data-driven marketing company.What to watch: The growing geopolitical AI competition between the U.S. and China.The National Security Commission on Artificial Intelligence warned in a major report this week that "China possesses the might, talent, and ambition to surpass the United States as the world’s leader in AI in the next decade if current trends do not change.""We don’t have to go to war with China," former Google CEO Eric Schmidt, who chaired the committee that authored the report, told my Axios colleague Ina Fried. "We do need to be competitive."Yes, but: While researchers in China publish the most AI papers, the U.S. still leads on quality, according to the Stanford survey.And while a majority of AI Ph.D.s in the U.S. are from abroad, more than 80% remain in the country when they take jobs — a sign of the lasting attraction of the U.S. tech sector.The bottom line: AI still has a long way to go, but the challenges the field faces are shifting from what it can do to what it should do.Like this article? Get more from Axios and subscribe to Axios Markets for free.

What the swarm of new Azure announcements mean

This week at Microsoft Ignite, a number of new developments to Azure were in focus. While there were dozens of updates to the world's second-largest public cloud, data was once again in the spotlight. The company made a series of announcements to enable users to extract more value from the exponential increase in data. Satya Nadella, in his Ignite keynote, provided a new visionary direction, or at least a new way of expressing the company's cloud endeavors. In short, the Microsoft cloud is evolving to further embrace edge, privacy, security, AI, and developers (both coders and no coders), and to serve as an engine of job creation. On the surface, this shift appears subtle.

It has 3 components: 1. #SUM: Understand ethical values that #Support, #Underwrite, and #Motivate a responsible data design and use ecosystem. SUM comprises #Respect, #Connect, #Care, and #Protect to provide a way to think about the moral scope of the societal and ethical impacts of a project and establish criteria to evaluate its ethical permissibility. FAST provides moral and practical tools to ensure a project is bias-mitigating, non-discriminatory, and fair. It also safeguards public trust in a project's capacity to deliver safe and reliable AI innovation. It sets up transparent processes of design and implementation to safeguard and justify both the AI project and its product.

10 Steps To Create A Successful Cloud And AI Strategy - Liwaiwai

To drive business agility and accelerate IT transformation, an integrated hybrid multicloud and AI strategy is key. IT transformation is the basis of competitive advantage for modern enterprises. Your IT infrastructure determines how quickly you can respond to new market opportunities, how fast you scale, and how well you can serve your customers. As the digital economy continues to rapidly expand and evolve, organizations must be able to match its pace. Cloud computing has proven to be instrumental in powering digital transformation that is crucial to achieving true business agility, and hybrid multicloud--the next generation of cloud--is the most flexible and effective IT architecture for innovation.

We build intuitive and intelligent insight engines on open source technologies. Our products include tools for enterprise search, ecommerce and website search, ai-driven search tools, chatbots and our fully managed solutions on AWS.