We can go on and provide hundreds of arguments and quotes showing why the act of measurement is important in science and technology. One accurate measurement is worth a thousand expert opinions. If you can not measure it, you can not improve it. We want to do productive data science. That means we want to improve the efficiency of our Machine Learning (ML) training and inference.

Biggest influencers in future infrastructure in Q2 2021: The top individuals and companies to follow

GlobalData research has found the top influencers in future infrastructure based on their performance and engagement online. Using research from GlobalData's Influencer platform, Verdict has named ten of the most influential people and companies in future infrastructure on Twitter during Q2 2021. Guidaautonoma is a technologist who blogs about driverless, autonomous and self-driving cars on the online publishing platform Medium. He covers news and content on the potential of autonomous vehicles to disrupt the mobility sector. He believes that lack of infrastructure and legislation is impacting the transition of all forms of mobility to electric.

Zara also has an initiative with Jetlore, a consumer behavior prediction platform that uses artificial intelligence. Founded by computer scientists from Stanford in 2011, the company was bought by PayPal in 2018. Crunchbase explains its use in fast fashion: "Jetlore's AI-powered platform maps consumer behavior into structured predictive attributes, like size, color, fit, or style preferences, making it the only customer data platform for B2C businesses in the market. This structured data allows top tier retailers and large hospitality and media companies to optimize content and communication for the consumers, make better merchandising decisions, optimize search, and empower the next generation of customer service."

Good, but maybe also another "way paved with good intentions". But if you pass it to a popular image recognition app, blessed with "Artificial Intelligence" (AI), it will tell you the image is "more than 95% ice cream and a dessert". As you should already know if you follow me, that failure is basically due to the fact that the image collections used to "train" software like that "have been informed by mostly male developers from primarily western backgrounds". To fix this bias and ignorance, Davar Ardalan started a project called "intelligent voices of wisdom" (IVOW). Its immediate purpose is to create, as an Open Source Project, a "central repository of culturally relevant narratives".

Matt Rutherford was just a few days into his planned unaided, non-stop solo-sailing trip around North and South America when he realized he'd left all his extra pants on the dock. The days of preparation before setting off had been frantic and a few things got left behind. He was facing 309 days at sea with little human contact and his small 27-foot sailboat, which he got for free and outfitted himself, was designed for bay sailing and not the notoriously unrelenting weather and towering seas of Cape Horn or the perilous ice of the Northwest Passage. To cap it off, he had just spilled diesel fuel all over himself, the result of a leaking fuel bladder, and he really wanted a change of clothes. Most people would have turned back.

With 900,000 developers, here's where the next big startup ecosystem will be

Gartner recently unveiled its top predictions for IT organizations and users in 2022 and beyond. Africa will become an innovation hotbed in the next five years as an influx of developers turns the continent into a "world-leading start-up ecosystem," according to Gartner. The analyst predicts that a 30% increase in developer talent in Africa, which has in recent years seen an influx of venture capital funding, will see the region evolve into a software development powerhouse rivalling Asia by 2026. A number of African nations have established innovation hubs in an effort to attract coders and tech talent to the region, and draw investment from overseas. This includes Kenya's $1 billion tech ecosystem – dubbed'Silicon Savannah' – which continues to attract entrepreneurs, investors and technologists from Africa and further afield.

These PlayStation Plus bundles include VPN protection, game design courses, and more

The holidays will be here before you know it, so why not treat yourself to a Playstation Plus subscription? We've listed nine of the best bargains available, so you can choose the one you like best. And since you love gaming, you may want to consider starting the New Year with a new career by training at your own pace to become a game designer. Is there anything better than getting a great PlayStation Plus bargain? Well, yes, when it comes with unlimited access to courses that could lead to a new career and powerful VPN protection.

SR2 are excited to be working with an impactful Tech for Good who are on a mission to dramatically decrease global commercial emissions. They're already making huge waves in their field, and we are excited to be partnering their search for a Machine Learning Engineer and Data Engineer to join the team. If you're struck with the impending dread of having to head back into an office, you'll be pleased to hear both roles are fully remote. Machine Learning Engineer Python / scikit learn / Pytorch / OpenCV $120-140k Software Engineer Python / Pandas / Linux / GCP $120-140k Want to know a little more?

AI and its History 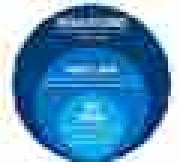 Artificial Intelligence is a program that can demonstrate human-like intelligence where it can sense, act, adapt, and reason. So we are studying the mental faculties using computational models. But why do we need smart programs, or why should we need to study the brain? The basic idea behind this thought is that the brain and computers work in the same way. Doing some multiplication is an easy task for our brain and the same we can do with computers. 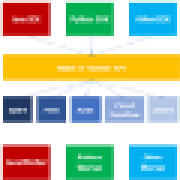 Apache Beam is one of the latest projects from Apache, a consolidated programming model for expressing efficient data processing pipelines as highlighted on Beam's main website [1]. Throughout this article, we will provide a deeper look into this specific data processing model and explore its data pipeline structures and how to process them. Apache Beam can be expressed as a programming model for distributed data processing [1]. It has only one API to process these two types of data of Datasets and DataFrames. While you are building a Beam pipeline, you are not concerned about the kind of pipeline you are building, whether you are making a batch pipeline or a streaming pipeline. For its portable side, the name suggests it can be adjustable to all. In Beam context, it means to develop your code and run it anywhere. To use Apache Beam with Python, we initially need to install the Apache Beam Python package and then import it to the Google Colab environment as described on its webpage [2]. In this section, the architecture of the Apache Beam model, its various components, and their roles will be presented. Primarily, the Beam notions for consolidated processing, which are the core of Apache Beam. The Beam SDKs are the languages in which the user can create a pipeline. Users can choose their favorite and comfortable SDK. As the community is growing, new SDKs are getting integrated [3]. Once the pipeline is defined in any supported languages, it will be converted into a generic language standard. This conversion is done internally by a set of runner APIs. I would like to mention that this generic format is not fully language generic, but we can say a partial one. This conversion only generalizes the basic things that are the core transforms and are common to all as a map function, groupBy, and filter. For each SDK, there is a corresponding SDK worker whose task is to understand the language-specific things and resolve them.