Heatherwick Studio's concept electric car was presented at the Shanghai Motor Show 2021 in April. The Airo was designed by the London design studio for IM Motors and is a fully electric vehicle with autonomous and driver-controlled modes. The Airo will run on electric power, producing no fossil fuel pollutants as it moves around the city. But the car goes further in its environmental ambition as it also comes complete with a state-of-the-art HEPA filtering system that actively cleans the air from the pollution of other vehicles as it passes through the under-carriage, leaving the air around it cleaner. In addition to its embedded air-filtering system, Airo's customizable interior can be configured into multiple functional spaces that turn the car into a moving room or a space for your life.

Elon Musk's China nemesis William Li survived once, but he has a fight ahead

William Li is being mobbed. At a gala dinner in Shanghai, the founder of Chinese electric carmaker Nio Inc. can barely move forward in the buffet queue before being stopped for another selfie, handshake or hug. Swapping his usual attire of jeans and a T-shirt for a tailored grey suit and blue dress shirt, the tall 46-year-old happily obliges with a smile. Li manages to spoon a small amount of fried rice and vegetables onto his plate, but he's not here for the food. Over the next three hours, Li poses for hundreds more photos, chatting with customers of the automaker he started just over six years ago and has built into a way of life -- at least for the people who buy his cars -- with clubhouses, a round-the-clock battery recharging service and even clothing, food and exercise equipment, all decked out in Nio's geometric logo. As Li works the room, a video backdrop shows six performers, each wearing a different-colored Nio hoodie, singing a self-composed song dedicated to the company.

Is AI Efficient in Any Industry Today?

Artificial intelligence is most likely the future of humanity. This advanced technology is set to help us become multi-planetary species. Not only that, but it is set to make our lives easier, and thus, experience growth at a more rapid rate. The best part about this technology is that its early forms are already being used by numerous businesses. That is exactly the topic that we wanted to discuss in this article. We'll be taking a look at some companies/industries that are extremely dependent on AI.

Researchers have figured out a way to rapidly recharge ultra dense batteries capable of powering flying cars, theoretically making them suitable for everyday use. The breakthrough with electric vertical take-off and landing (eVTOL) vehicles could enable the commercialisation of next-generation transport systems in the near future, according to the researchers from Penn State university who made the discovery. "I hope that the work we have done in this paper will give people a solid idea that we don't need another 20 years to finally get these vehicles," said Chao-Yang Wang, director of the Electrochemical Engine Center, Penn State. "I believe we have demonstrated that the eVTOL is commercially viable." The research was published today, 7 June, in the scientific journal Joule.

Jobs for the City of Tomorrow 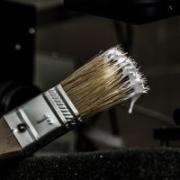 To mitigate local warming, cities including Milan have wrapped condominium balconies and high-rise facades in expansive vertical gardens. A dense stack of vegetation can help keep a building cool by creating natural shading and releasing moisture into the air, says Theodore Endreny, a professor of environmental resources engineering at SUNY College of Environmental Science and Forestry. The compact foliage augments the benefits trees and plants naturally provide when planted on sidewalks or roofs, including pollution removal, carbon dioxide sequestration and oxygen production. A look at how innovation and technology are transforming the way we live, work and play. Crews of urban arborists certified as tree climbers will be hired to rappel down buildings and maintain these ecosystems as they sprout on more buildings, says Dr. Endreny.

AMSTERDAM: Electric cars, meet your competition. Electric boats are on the way. Amsterdam didn't have to look very far when searching for a way to ease traffic on its congested streets. The Dutch capital's canals were used for transport long before cars and trucks powered by polluting internal combustion engines began clogging its narrow roads. Already steeped in maritime history, the city's more than 100 kilometres (60 miles) of waterways are to start hosting prototypes of futuristic boats - small, fully-autonomous electric vessels - to carry out tasks including transporting passengers and picking up garbage.

Like most embedded system manufacturers, Vecow focuses on Intel-based products. Yet earlier this year the Taiwan-based company released an i.MX6 UL powered VIG-120 IoT gateway for electric vehicles and it has now unveiled a similarly compact and Arm/Linux-driven VAC-1000 series. The rugged, 170 x 118 x 40mm system features a Foxconn FXN3102 SoC with 24 up to 1GHz Cortex-A53 cores and offers a choice of GTI Lightspeeur 2801S (VAC-1000) and Hailo-8 (VAC-1100) NPUs. Although Vecow lists no additional FXN3102 features, the headless SynQuacer SC2A11 features a 4MB L3 equipped cache coherent interconnect. Up to 64 SC2A11 chips cab be combined for a server with 1,536 cores running in parallel.

The graph represents a network of 1,418 Twitter users whose tweets in the requested range contained "#iiot", or who were replied to or mentioned in those tweets. The network was obtained from the NodeXL Graph Server on Tuesday, 01 June 2021 at 20:15 UTC. The requested start date was Tuesday, 01 June 2021 at 00:01 UTC and the maximum number of tweets (going backward in time) was 7,500. The tweets in the network were tweeted over the 2-day, 6-hour, 54-minute period from Saturday, 29 May 2021 at 17:03 UTC to Monday, 31 May 2021 at 23:58 UTC. Additional tweets that were mentioned in this data set were also collected from prior time periods.

When BMW set out to make the iX, it promised to stuff all the latest tech available into its all-electric SUV. While there was plenty to drool over at the unveiling of its technology flagship on Tuesday in Los Angeles, several of the forward-thinking tech features BMW had showcased in a concept car that preceded the iX didn't make it into the production vehicle. And a lot of the coolest driving assistance options, like having the car change lanes for you or follow the car in front of you, don't come standard -- something other all-electric SUV manufacturers already offer. The all-wheel drive BMW iX, which is set to go on sale sometime between January and March 2022, will start at $83,200, go about 300 miles on a single charge, has a top speed of 144 mph, and bursts from 0-62 mph in 4.6 seconds. Its dual motors provide 516 horsepower.