The program schedule will cover six days from July 26 until July 31. Presentations each day will start at 10:30 and end at 12:30 US Eastern Time. We will start on July 26 with a presentation on the IEEE Entrepreneur Program and an overview of the Entrepreneur Process and the resources that are available to support the aspiring Entrepreneur. Each following day will provide a Speaker that can give their experience in creating a IoT based Start Up. On the last day, July 31, we will have a spirited competition of Start Ups making their "Pitches". 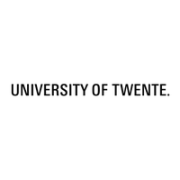 Are you a highly motivated researcher with an outstanding track record in Mathematics and its Applications in Science and Engineering? We offer a position at the interface of Dynamics and Deep Learning in the Applied Analysis group of the SACS cluster within the Department of Applied Mathematics (AM) at the University of Twente (UT). The challenge: You will actively develop your mathematical profile and seek connections between fundamental mathematical theory of dynamical systems, nonlinear analysis and the rising area of deep learning for data-driven model discovery. Based on a long-standing expertise and tradition of dynamical systems theory at the UT, well embedded in the Dutch NDNS cluster, our department is looking for a mathematician with a proven expertise in the broad area of dynamical systems, nonlinear analysis or approximation theory for deep neural networks. You show great passion in applying your novel methods to computational neuroscience, inverse problems in imaging or engineering applications driven by physics-informed machine learning for example within the multi-disciplinary research contexts at the UT, like the Digital Society Institute, the Technical Medical Centre or the MESA Institute for Nanotechnology.

This little dude is doing good work. Until we can get the human race to stop tossing its trash in places it's not supposed to be, people continue to get creative picking it up. That's exactly the case for Martijn Lukaart and Edwin Bos, two Dutch engineers who started TechTics and built what you see here: BeachBot, or BB for short. With help from Microsoft's artificial intelligence systems, BB is on a mission to rid beaches of cigarette butts and eventually hopes to clean up all other sorts of waste. Microsoft highlighted the startup on Monday, showing off the prototype machine that's still in the process of learning via the software giant's Trove AI system, which helps provide image sets for this kind of machine learning task.

Can AI learn to reason about the world like children?

This article is part of our reviews of AI research papers, a series of posts that explore the latest findings in artificial intelligence. Even before they speak their first words, human babies develop mental models about objects and people. This is one of the key capabilities that allows us humans to learn to live socially and cooperate (or compete) with each other. But for artificial intelligence, even the most basic behavioral reasoning tasks remain a challenge. Advanced deep learning models can do complicated tasks such as detect people and objects in images, sometimes even better than humans. 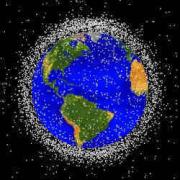 According to Fujitsu, finding the optimal route to collect the space debris will save significant time and cost during mission planning. Researchers at the U.K.'s University of Glasgow, Fujitsu, and the satellite service and sustainability firm Astroscale together developed an artificial neural network (ANN)-based rapid trajectory design algorithm to address the removal of space debris. Powered by Fujitsu's Digital Annealer, the quantum-inspired system determines which debris will be collected and when, and plans the optimal route to carry out the mission to save time and money. The ANNs predicting the costs of such orbital transfers were developed with the Amazon Sagemaker toolset. Fujitsu's Ellen Devereux noted that the technology "has huge implications for optimization in space, not only when it comes to cleaning up debris, but also in-orbit servicing and more."

If 2020 was the year of large language models and meta-learning, 2021 so far has been the year of large, multi-modal models that combine vision and text together. OpenAI's CLIP and DALL-E models have shown just how robust the combination of language modeling and vision can be. DALL-E in particular has shown itself to be capable of generating very impressive images based on user-specified text prompts. Presumably, there's much more to come in this area, including integrations with robotics and a continued push toward bringing AI into the physical world. New questions are being raised about when and how AI should be applied, given established problems with bias in AI algorithms.

Wealth Managers Are Better at AI Than They Think

Accenture interviewed 100 C-suite executives in wealth management last year and found many are skeptical of artificial intelligence. Eighty-five percent said its impact is "more hype than reality for businesses today." Still, 60% of them are already using AI in their organizations and they're doing it so well that other industries could learn from them, according to a new report. "Understanding the application of AI to business requires an understanding of context -- strategy, customers, company culture, and so forth. One application worthy of study across organizations is wealth management," Babson College professor Tom Davenport and NewVantage Partners founder and CEO Randy Bean, wrote in the MIT Sloan Management Review. Davenport is the President's Distinguished Professor of Information Technology and Management at Babson College, the co-founder of the International Institute for Analytics, a Fellow of the MIT Initiative for the Digital Economy, and a Senior Advisor to Deloitte Analytics.

One of the things I enjoy the most in learning about self-driving cars is simply realizing how much resemblance a set of computing machines could bear to our human body. A part that stood out to me is perception, as it takes after many of the visual functionalities in our body anatomy.

Today, in partnership with NVIDIA, Google Cloud announced Dataflow is bringing GPUs to the world of big data processing to unlock new possibilities. With Dataflow GPU, users can now leverage the power of NVIDIA GPUs in their machine learning inference workflows. Here we show you how to access these performance benefits with BERT. Google Cloud's Dataflow is a managed service for executing a wide variety of data processing patterns including both streaming and batch analytics. It has recently added GPU support can now accelerate machine learning inference workflows, which are running on Dataflow pipelines.

Why every robot needs a spiffy hat

First developed more than 100,000 years ago, clothing is one of humanity's earliest -- and most culturally significant -- inventions, providing wearers not just protection from the environment and elements but also signifying social status, membership in a community and their role within that group. As robots increasingly move out of labs, off of factory floors and into our everyday lives, a similar garment revolution could soon be upon us once again, according to a new research study out of New York's Cornell University. "We believe that robot clothes present an underutilized opportunity for the field of designing interactive systems," the team argues in What Robots Need From Clothing, which was submitted to the In Designing Interactive Systems Conference 2021. "Clothes can help robots become better robots -- by helping them be useful in a new, wider array of contexts, or better adapt and function in the contexts they are already in." "I started by looking at how different materials would move on robots and thinking about the readability of that motion -- like, what is the robot's intention based on the way materials move on the robot," Natalie Friedman, a PhD student at Cornell Tech and lead author on the paper, explained to Engadget.