What is machine learning?

Machine learning is used to build products we interact with every day. An algorithm is the set of rules that a machine is programmed to follow in order to complete a task. Machine learning is the practice of training a computer to develop its own algorithm, so that it can complete increasingly difficult tasks. The computer creates an algorithm from samples of data, often called'training data', which it uses to generate predictions of appropriate answers and actions. The computer can, therefore, make decisions on its own, without being explicitly programmed in the unique context of that decision.

Regular Expressions, also known as "regex" or "regexp", are used to match strings of text such as particular characters, words, or patterns of characters. It means that we can match and extract any string pattern from the text with the help of regular expressions. I have used two terms, match and extract and both the terms have a slightly different meaning. There may be cases when we want to match a specific pattern but extract a subset of it. For example, we want to extract the names of PhD scholars from a list of names of people in an organization. In this case, we will match the "Dr XYZ" keyword and extract only the name, i.e. "XYZ" not the prefix "Dr." from the list.

What Should Happen To Our Data When We Die?

The new Anthony Bourdain documentary, "Roadrunner," is one of many projects dedicated to the larger-than-life chef, writer and television personality. But the film has drawn outsize attention, in part because of its subtle reliance on artificial intelligence technology. Using several hours of Bourdain's voice recordings, a software company created 45 seconds of new audio for the documentary. The AI voice sounds just like Bourdain speaking from the great beyond; at one point in the movie, it reads an email he sent before his death by suicide in 2018. "If you watch the film, other than that line you mentioned, you probably don't know what the other lines are that were spoken by the AI, and you're not going to know," Morgan Neville, the director, said in an interview with The New Yorker. 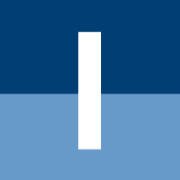 We have a research associate (postdoc) position to work on spatial audio processing and spatial hearing using methods from machine learning. The aim of the project is to design a method for interactively fitting individualised filters for spatial audio (HRTFs) to users in real-time based on their interactions with a VR/AR environment. We will use meta-learning algorithms to minimise the time required to individualise the filters, using simulated and real interactions with large databases of synthetic and measured filters. The project has potential to become a very widely used tool in academia and industry, as existing methods for recording individualised filters are often expensive, slow, and not widely available for consumers. The role is initially available for up to 18 months, ideally starting on or soon after 1st January 2022 (although there is flexibility).

No More "What" Without the "Why"

Throughout the last months, I had the chance to enable various organizations and leaders leveraging their large databases with machine learning. I was particularly engaging with member organisations which struggle with rising dropout rates (churns) -- an issue that became even more serious throughout the pandemic when individual income has been on a declining and the fear of job loss on a rising path. With machine learning, we used very large membership databases with individual-level information (e.g. Machine Learning tells us the "What", Causal Inference the "Why" Despite the overall good performance of the machine learning models, our clients were always interested in one obvious question: Why does an individual member leave? Unfortunately, machine learning models are not suited to identify the causes of things but rather they are built to predict things.

How to teach computers to recognize dogs and cakes in images

Artificial intelligence is a very interesting topic that evokes a lot of emotions. This is due to the fact that the development of new technologies involves many opportunities and threats. Some artificial intelligence technologies have been around for a long time, but advances in computational power and numerical optimization routines, the availability of huge amounts of data, have led to great breakthroughs in this field. Artificial intelligence is widely used to provide personalized recommendations when shopping or simply searching for information on the web. More advanced inventions include autonomous self-driving cars -- which, in a simplified way, make decisions about the next movements of vehicles based on data collected from various types of sensors installed in them.

Artificial Intelligence Is Incompatible With The Future Of Communication – Here's Why

The future of work is no longer merely a concept, but a reality -- Covid-19 has made sure of that. The pandemic has accelerated workplace innovation across sectors to the point of no return, with contemporary businesses now almost entirely reliant on new technologies simply to exist. What role, then, does artificial intelligence (AI) have to play in this drastic shift? For some time now, I've firmly maintained the belief that AI would take over the vast majority of process-driven work within 15 years. However, with years of key developments in the world of work having recently been crammed into a matter of months, the future has unfolded very differently than we imagined.

Reinforcement Learning for a Better Tomorrow

Artificial Intelligence (AI) has had the power of ruling the technologically dominated world for quite some time now. Today, we have reached a stage wherein advanced artificial intelligence has become one of the most sought after techniques to bring about innovation and solve complex business problems. Over the last few years, the technology has matured to the extent that it has become highly scalable. In the midst of all this, what has grabbed eyeballs from everywhere across is reinforcement learning – training the machine learning models to be able to make the best possible decisions. Reinforcement learning makes use of algorithms that do not rely only on historical data sets, to learn to make a prediction or perform a task.