AI Might Be the Future. But Can It Also Predict it?

We all know that artificial intelligence has been the hot topic of recent times. But can AI models predict it? By combining the processing of big datasets and using the AI algorithms that drive Artificial Intelligence, an ever-more accurate model of future events can be created.

Data and AI Will Drive Autonomous Future in Banking

The priorities of every financial institution have been impacted by the pandemic, with some firms believing that a greater investment needs to be made in technology, others focusing on new products and services, and still others wanting to improve components of trust and security. The foundation of each of these priorities is a combination of a need to improve customer experiences while managing operating costs in an uncertain economic environment. The reassessment of corporate priorities is being done with the backdrop of consumer standards for engagement that have moved away from one-size-fits-all transactional experiences to contextualized experiences that are personalized across multiple touchpoints and channels. At the same time, as consumers widen their scope of understanding of what can be achieved with digital engagement, more of them will be willing to pay more for services that enhance their financial lifestyle through real-time insights, proactive recommendations and simplified engagement. According to Salesforce's Trends in Financial Services report, there is an urgent need for the industry to transform data and insights into actionable outcomes that are consumer-centric.

As progress accelerates towards AGI, the number of people who realize the significance of each new breakthrough decreases. This is the AGI Significance Paradox. There is a very old metaphor that you can boil a frog in water without it jumping out when you gradually increase the temperature. The fable goes that the frog does not have the internal models to recognize that there is a change in the water temperature. A cold-blooded creature like the frog is thought to have its temperature regulated only by the external environment.

Neural network models suffer from the phenomenon of catastrophic forgetting: a model can drastically lose its generalization ability on a task after being trained on a new task. This usually means a new task will likely override the weights that have been learned in the past (see Figure 1), and thus degrade the model performance for the past tasks. Without fixing this problem, a single neural network will not be able to adapt itself to a continuous learning scenario, because it forgets the existing information/knowledge when it learns new things. For realistic applications of deep learning, where continual learning can be crucial, catastrophic forgetting would need to be avoided. However, there is only limited study about catastrophic forgetting and its underlying causes.

Why diversity is key to a successful AI strategy

It's clear that, with AI becoming embedded in all aspects of our life, companies need to do more to ensure their systems are free of bias and even find ways to use the technology to help mitigate harmful biases in order to make fairer business decisions. So how do we do that? It starts by building a diverse team, something the industry is still failing to do; according to research published by the AI Now Institute, 80% of AI professors are men, and only 15% of AI researchers at Facebook and 10% of AI researchers at Google are women. Jen Rodvold, head of digital ethics and tech for good at Sopra Steria, comments: "Diversity is key not only to driving a successful AI strategy, but essential to a business' bottom line. A diverse workforce will offer a range of different perspectives, flag any bias involved in the development process and help to interrogate wider organisational processes that could be perpetuating bias and impacting the way your technology is developed in unforeseen ways."

Fox News Flash top entertainment and celebrity headlines are here. Check out what's clicking today in entertainment. Drew Barrymore is among the legion of fans who have been wrapped up in Netflix's latest hit, "Bridgerton." The "50 First Dates" and "Ever After" star invited Phoebe Dynevor and Regé-Jean Page on to her talk show to discuss the period drama. During their appearance on Friday, Barrymore revealed that the show's steamier scenes inspired the 45-year-old to try her hand once again at dating apps.

Best Python IDEs and Code Editors You Should Know - KDnuggets 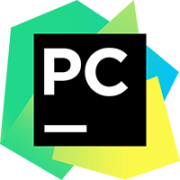 Python is an experiment in how much freedom programmers need. Too much freedom and nobody can read another's code; too little and expressiveness is endangered. Since its creation, Python has rapidly evolved into a multi-faceted programming language, becoming the choice of several diverse projects ranging from web applications to being deployed into Artificial Intelligence, Machine Learning, Deep Learning, and more. Python comes with numerous features such as its simplicity, enormous collection of packages and libraries, with relatively faster execution of programs, to list a few. For a programmer, a Code Editor or an IDE is the first point of contact with any programming language, making its selection one of the most crucial steps in the journey ahead.

U.S. aviation regulators have approved the first fully automated commercial drone flights, granting a small Massachusetts-based company permission to operate drones without hands-on piloting or direct observation by human controllers or observers. The decision by the Federal Aviation Administration limits operation of automated drones to rural areas and altitudes below 400 feet, but is a potentially significant step in expanding commercial applications of drones for farmers, utilities, mining companies and other customers. It also represents another step in the FAA's broader effort to authorize widespread flights by shifting away from case-by-case exemptions for specific vehicles performing specific tasks. In approval documents posted on a government website Thursday, the FAA said that once such automated drone operations are conducted on a wider scale, they could mean "efficiencies to many of the industries that fuel our economy such as agriculture, mining, transportation" and certain manufacturing segments. The FAA previously allowed drones to inspect railroad tracks, pipelines and some industrial sites beyond the sight of pilots or spotters on the ground as long as such individuals were located relatively close by.

It feels like 4K is just barely getting started and 8K is already one-upping it. At the all-virtual version of CES this year, most of the biggest names in TV manufacturing like Sony and LG trotted out their upcoming wares. While the majority of the TVs shown maxed out at 4K resolution (which is still gorgeous and is supported by more movies and video games than 8K), there were a few sets that went above and beyond. Companies like Samsung and TCL proved that 8K is real and it's here -- just in time go to along with the PlayStation 5 and Xbox Series X, both of which will support it as soon as 8K games start existing. If you're unfamiliar with the distinction between 4K and 8K, you can brush up with our explainer, but the main thing you need to know is that it has 16 times the number of pixels as a 1080p display. If that sounds appealing to you, here are some of the coolest 8K TVs shown off at CES this year.

What do IT leaders believe the future of the profession will be, and what kind of threats will be most pervasive down the line? Dallas, TX-based cloud security firm Trend Micro recently carried out new research which reveals that over two-fifths (41%) of IT leaders believe that AI will replace their role by 2030. Its predictions report, Turning the Tide, forecasts that remote and cloud-based systems will be ruthlessly targeted in 2021. The research was compiled from interviews with 500 IT directors and managers, CIOs and CTOs and does not look good for their career prospects. Only 9% of respondents were confident that AI would definitely not replace their job within the next decade.