Here are links to blog posts and articles I've written about the new features of Oracle Machine Learning in 19c (and previous) and 20c. I've given a presentation on these topics at ACES@Home and Yatra online conferences. Each of the following links will explain each of the algorithms, and gives demo code for you to try. This entry was posted in Oracle.

The Fourth Industrial Revolution: Rise Of The Intelligent Era

These are times of monumental change. A phenomenon is creating a new normal, a paradigm shift so life-changing that it's rapidly transforming the way we live, communicate and do business. Life as we know it will never be the same again. The entire world is in the midst of an incredibly exciting revolution known as the Fourth Industrial Revolution. Changes are taking place at lightning speed.

Ultra-low-power AI accelerator startup Syntiant has raised another $35 million in a series C round of funding to bring the total raised by the company to $65 million. Syntiant, whose 66 staff work out of Irvine, Calif., also announced that it has hit a shipping milestone with 1 million parts in the hands of customers. Third round Syntiant's C round was led by Microsoft's VC fund, M12, and Applied Ventures, the VC arm of Applied Materials. "[$35m] gets us pretty far into growing our sales team and ramping our revenue," Syntiant CEO Kurt Busch told EE Times. "We have the second-generation chip already back in the lab, which we expect to announce before the end of the year… this funding will also be used to fund development of third generation silicon and build out our customer base."

Artificial intelligence (A.I.) will one day integrate into human lives. While some of us are worried this form of technology will take over many jobs, it's also being used to enhance currently existing technology. But for those of you that still don't understand the potential of what AI can do, here are some tools and games you can try on your web browser. Sometimes when you're playing the piano, you might wish that you could perform a duet with someone else, only to realize that the people around you are tone deaf and should never touch a musical instrument. The good news is there's a program called A.I. Duet that can listen to the notes you're playing and try to follow up with its own tunes. It works best when you're playing a real song and not just some random notes.

Image classification is one of the most important applications of computer vision. Its applications ranges from classifying objects in self driving cars to identifying blood cells in healthcare industry, from identifying defective items in manufacturing industry to build a system that can classify persons wearing masks or not. Image Classification is used in one way or the other in all these industries. Which framework do they use? You must have read a lot about the differences between different deep learning frameworks including TensorFlow, PyTorch, Keras, and many more.

5 reasons why you need explainable AI

The scariest thing about Artificial Intelligence is that we never know who the teacher is! If you're working on a Tech Startup, AI and Machine Learning are likely parts of your roadmap (and if it's not, then it should be). Artificial Intelligence (AI) is all around us. AI is there when you search for something on the Internet. AI helps us filter spam emails.

Is China Winning the AI Race?

CAMBRIDGE – COVID-19 has become a severe stress test for countries around the world. From supply-chain management and health-care capacity to regulatory reform and economic stimulus, the pandemic has mercilessly punished governments that did not – or could not – adapt quickly. From Latin America's lost decade in the 1980s to the more recent Greek crisis, there are plenty of painful reminders of what happens when countries cannot service their debts. A global debt crisis today would likely push millions of people into unemployment and fuel instability and violence around the world. The virus has also pulled back the curtain on one of this century's most important contests: the rivalry between the United States and China for supremacy in artificial intelligence (AI).

The Detroit Lions removed Matthew Stafford from the COVID-IR list, saying he received a false-positive test result -- and drawing the ire of the quarterback's wife toward the NFL. The list was created for players who either test positive for COVID-19 or have been in close contact with an infected person. Stafford was listed on it Saturday, but the team said Tuesday his testing sequence for the pre-entry period was: negative, negative, false positive -- then the next three tests were all negative. "To be clear, Matthew does NOT have COVID-19 and never has had COVID-19 and the test in question was a False-Positive," the team said in a statement. "Also, all of Matthew's family have been tested and everyone is negative."

Guidelines for AI procurement in government 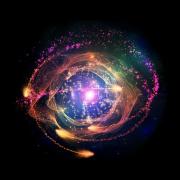 Artificial intelligence holds great potential for public-sector institutions around the world to improve government operations as well as service to citizens. But governments don't necessarily have experience in acquiring modern AI solutions and can tend to be cautious about harnessing new technology. By helping to guide the process of procuring AI, we aim to address major AI adoption pain points early in the process and make it easier for governments to implement this advanced technology. Overall, the guidelines aim to assist all parties involved in the procurement life cycle – policy officials, procurement officials and government commercial teams, data practitioners, and AI-solutions providers – in safeguarding public benefit and well-being.

Activision Blizzard reported another quarter of record-setting financial results, with each of its core franchises delivering better-than-expected returns, including Call of Duty, World of Warcraft, Hearthstone, Overwatch and Candy Crush. Activision had 125 million monthly active users in the second quarter, while Blizzard had 32 million, and the company overall reported GAAP net revenues of $1.93 billion, up from $1.4 billion in 2019. Growth across the company's games was spurred by shelter-in-place orders amid the global pandemic. It also happened amid upheaval at Activision Blizzard itself. Activision Blizzard is facing growing pressure from employees and stockholders to address wage disparities at the company.