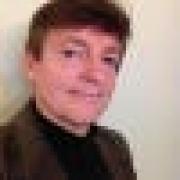 Joe McKendrick is an author and independent analyst who tracks the impact of information technology on management and markets. As an independent analyst, he has authored numerous research reports in partnership with Forbes Insights, IDC, and Unisphere Research, a division of Information Today, Inc. Enterprise architects have been adding a new designation to their titles: digital enterprise architect. That's because their roles have been expanding over the past few years, particularly with data analytics being added to their repertoires. That's the word from Thomas Erl, CEO of Arcitura Education, which provides technology skills training to thousands of professionals across the globe, and co-author of A Field Guide to Digital Transformation. "It's a new era for enterprise architects," he says.

Can I Design My Own House Without An Architect?

Continuing the trend in AI creation, we can now design our own homes without the help of a human architect. You can find several ways available for you to design your dream home with AI assistance. The new method also allows you to create an interior visualization from scratch using only words. Try a basic demo today. How would you describe your dream home?

Mindtree co-founder and former CEO of Birlasoft and Sasken, Anjan Lahiri says his latest venture Navikenz is focused on helping enterprises discover and implement Artificial Intelligence (AI) enabled solutions to improve business processes. The technology industry veteran said that while Navikenz which was launched during the onset of the first Covid wave and thus flew under the radar for some time, has now been able to scale by engaging with Fortune 500 customers to determine what Artificial Intelligence can do for them, utilizing its Business Process Consulting, Enterprise Architecture, Cloud and Data Science capabilities. The company says both in life sciences and discrete manufacturing sectors it has bagged several large clients. "Navikenz has pioneered a differentiated approach to AI-solutioning. By taking learnings from Kaizen and TQM frameworks, we have formulated a proprietary framework. Services within the framework are designed to speed up organizational capabilities in AI-service generation and fulfilment, creating a pipeline of business generated use-case within a matter of weeks. Big and small enterprises need to leverage AI for enhancing better efficiencies in their process and we enable that to happen," Lahiri said.

One of the major hurdles to growth in the artificial intelligence industry, especially as it pertains to natural language, is the training of and collection of AI datasets. Data scientists have a difficult time getting machines to make accurate and meaningful connections among collected datasets; both the work and the products are worth lots of money. Unfortunately, throughout AI's brief history, only a small and select group of people have been able to profit off of this incredible technology, as the barrier to entry and learning curve is steep and expensive. Synesis One DAO will revolutionize both blockchain use cases and data science markets through their innovative approach to the collection of and training of AI data. Synesis One is a cutting-edge new ecosystem built on the Solana Blockchain designed to make participation in the data market accessible to common people, and not just data scientists and big business owners.

We are interested in interactive agents that learn to coordinate, namely, a $builder$ -- which performs actions but ignores the goal of the task -- and an $architect$ which guides the builder towards the goal of the task. We define and explore a formal setting where artificial agents are equipped with mechanisms that allow them to simultaneously learn a task while at the same time evolving a shared communication protocol. The field of Experimental Semiotics has shown the extent of human proficiency at learning from a priori unknown instructions meanings. Therefore, we take inspiration from it and present the Architect-Builder Problem (ABP): an asymmetrical setting in which an architect must learn to guide a builder towards constructing a specific structure. The architect knows the target structure but cannot act in the environment and can only send arbitrary messages to the builder. The builder on the other hand can act in the environment but has no knowledge about the task at hand and must learn to solve it relying only on the messages sent by the architect. Crucially, the meaning of messages is initially not defined nor shared between the agents but must be negotiated throughout learning. Under these constraints, we propose Architect-Builder Iterated Guiding (ABIG), a solution to the Architect-Builder Problem where the architect leverages a learned model of the builder to guide it while the builder uses self-imitation learning to reinforce its guided behavior. We analyze the key learning mechanisms of ABIG and test it in a 2-dimensional instantiation of the ABP where tasks involve grasping cubes, placing them at a given location, or building various shapes. In this environment, ABIG results in a low-level, high-frequency, guiding communication protocol that not only enables an architect-builder pair to solve the task at hand, but that can also generalize to unseen tasks.

Modern organizations have a growing need for data processing, analysis, and interpretation to boost stakeholder decision-making. This need creates data scientist jobs. Data science is an evolving field and will continue to change as artificial intelligence-driven technologies develop. Data scientists may take advantage of ever-growing career opportunities in industries as diverse as aerospace, mining, tourism, and financial services. To rank the best data scientist careers, we assessed roles based on salary, projected growth, remote work opportunities, and work-life balance.

Depending on the people you talk to, architects approach artificial intelligence (AI) with a range of anticipation, skepticism, or dread. Some say algorithms will handle drudge work and free designers to focus on the more creative aspects of their jobs. Others assert that AI won't live up to its hype--at least not in the near future--and will make only marginal improvements in the profession. And a third group worries that software that learns on its own will put a lot of architects out of work. Science fiction writers have been imagining robots that think like human beings for more than 100 years.

What is the future of architecture? How to use free AI tools in your daily work? How to get your work into a major publication?

Designing the Internet of Things: role for enterprise architects, IoT architects, or both?

We have the still-emerging Internet of Things, a mishmash of dispersed devices, sensors, kiosks, and systems that everyone promises will make our lives such much cooler. Refrigerators will not only talk to grocery stores, but also to their manufacturers to let them know if any performance issues are cropping up. Cars are already starting to talk to their original manufacturers. Aircraft engines are also in direct contact their manufacturers to let them know what's up -- or what may not be going up. Great use cases, but an architectural nightmare that calls for a new role to plan and piece it all together into a coherent and viable system.

Like all innovations, AI will destroy some architect roles, and create others

The question "Will a robot take my job?" is never too far from any discussion about the role of artificial intelligence and machine learning in the future economy. The answer to this simple, justified question is anything but clear, and continues to divide experts in economics and business trends. As Time Magazine noted in a 2020 piece, a group of economists from MIT and Boston University estimates that 42% of the 40 million jobs lost during the COVID-19 pandemic will be permanently replaced by AI and machines, adding to the 400,000 jobs already lost to automation in U.S. factories between 1990 and 2007. Separately, however, a 2020 MIT paper titled'Artificial Intelligence and Future of Work' paints a more optimistic picture, positing that the rigid, single-task thinking still exhibited by many AI applications will inhibit its ability to replace creative, lateral-thinking professions. "For the foreseeable future," the authors say, "the most promising uses of AI will not involve computers replacing people, but rather, people and computers working together--as "superminds"--to do both cognitive and physical tasks that could not be done before."