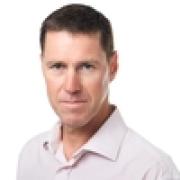 In 2019, SmartStream rolled out Air, a cloud-native reconciliations platform. At the time, it was described as "the birth of all our AI and machine learning products." While Air is a standalone product that a user can license on the cloud, the AI that underpins the system can be used across SmartStream's suite of products. To that end, SmartStream has already added that AI functionality for matching to its TLM Aurora and TLM Reconciliations Premium platforms. The next step is to add Air's data

The Federal Reserve Bank of New York is turning to machine learning to cut down on the back and forth between the regulator and banks and predict potential misreporting. Sri Malladi, senior director at the New York Fed's data and statistics group, said during the Waters USA conference in Manhattan that the regulator's long-term goal with machine learning is to be able to predict potential issues with banks' reporting. "We want to be at the point where we know that distribution expert reports

The company plans to test out machine-learning models in the coming months to automatically fix IT system fragmentation.

As firms are coming under increasing pressure to adopt artificial intelligence (AI) and machine learning programs, working out how to integrate them into existing systems in the least disruptive and most efficient way is a pivotal consideration. Peter Simon, lead data scientist, financial markets at DataRobot, explores how firms can satisfy regulators' calls for interpretability, the sustainable advantages of setting up AI programs and why the often-overlooked route of an open-source code base could be key to maximising efficiency.

Many in financial services are trialing artificial intelligence (AI) applications, with projects increasingly sophisticated in methodology and ambition. WatersTechnology, in partnership with SmartStream, recently convened a Chatham House-style discussion with industry technologists to discuss their hopes for AI as well as the practical and ethical challenges to greater adoption. While the world of AI grows ever wider, one constant has shown through as firms inch closer to implementation--gambits with a strong data orientation will thrive, and those without will not. Banks and asset managers experimenting with AI have come through the early stages with enthusiasm, but, as with the peloton in the Tour de France, they are beginning to feel some strain in their legs. For many, arduous new terrain still awaits before reaching the finish line.

Few technologies this century have captured the imagination of so many technologists within the capital markets as artificial intelligence (AI). Thanks to a fertile combination of data, storage, and computing power, AI has emerged from its long winter and spread into nearly all areas of the capital markets, across the front, middle and back offices. While many vendors can claim AI capability--some of them dubiously--few have the bona fides of firms like Digital Reasoning. The Franklin, Tenn.-headquartered firm had its start in 2000, quickly winning defense contracts with the US Army, and in 2010, funding from the Central Intelligence Agency. It wasn't until around 2012, however, that Digital Reasoning entered into finance with a bang, signing up names such as Point72 and UBS.

In the time it takes the Earth to rotate about its axis, internet users will generate 2.5 quintillion bytes of new data. That number, a calculation by IBM, is mostly a slag heap of digital dross. But it is a mountain asset managers can no longer afford to ignore. Whether to spin alpha or just survive, asset managers need to separate the meaningful and profitable from the futile and worthless. And if humans can't do it, a robot will.

The best artificial intelligence (AI) technology category has been around for two years, and in both instances it is Digital Reasoning that has taken home the top honor. Digital Reasoning's Synthesys platform incorporates AI--from natural-language processing to deep-learning algorithms--to derive actionable information for risk and compliance, to monitor for fraud, and to provide customer insights. The platform "learns" human communication, in textual form, audio and through images. It sifts through vast quantities of unstructured data--across multiple languages and domains--to derive intent and human behavior, says Tim Estes, president and founder of Digital Reasoning. "It completes the picture of looking at textual language, audio language, and starting to have a full communications capability to satisfy both risk and revenue-oriented use-cases," he says.

The information giant is paying that amount in cash and stock to pick up Kensho Technologies, a fintech startup backed by names including Goldman Sachs, which is widely regarded as one of the most promising new breed of technology firms. Kensho, formed in 2013 by Daniel Nadler, a Harvard PhD graduate, and which counts technology specialists from Google, Apple and others among its ranks, specializes in AI for finance and national security.