Hitting the Books: How Amazon laundered the 'myth of the founder' into a business empire We've heard the fable of "the self-made billionaire" a thousand times: some unrecognized genius toiling away in a suburban garage stumbles upon The Next Big Thing, thereby single-handedly revolutionizing their industry and becoming insanely rich in the process -- all while comfortably ignoring the fact that they'd received $300,000 in seed funding from their already rich, politically-connected parents to do so. In The Warehouse: Workers and Robots at Amazon, Alessandro Delfanti, associate professor at the University of Toronto and author of Biohackers: The Politics of Open Science, deftly examines the dichotomy between Amazon's public personas and its union-busting, worker-surveilling behavior in fulfillment centers around the world -- and how it leverages cutting edge technologies to keep its employees' collective noses to the grindstone, pissing in water bottles. In the excerpt below, Delfanti examines the way in which our current batch of digital robber barons lean on the classic redemption myth to launder their images into that of wonderkids deserving of unabashed praise. This is an excerpt from The Warehouse: Workers and Robots at Amazon by Alessandro Delfanti, available now from Pluto Press. Besides the jobs, trucks and concrete, what Amazon brought to Piacenza and to the dozens of other suburban areas which host its warehouses is a myth: a promise of modernization, economic development, and even individual emancipation that stems from the "disruptive" nature of a company heavily based on the application of new technology to both consumption and work.

Venture Capitalists are hoping to find the next superstar tech unicorn, AI startup founders dreaming of creating the next unicorn, and corporates adopting AI need to consider their data growth strategy in order to be able to scale their AI-enabled services or products. The past decade has been one of explosive growth in digital data and AI capabilities across the digital media and e-commerce space. And it is no accident that the strongest AI capabilities reside in the Tech majors. The author argues that there will be no AI winter in the 2020s as there was in 1974 and 1987 as the internet (social media and e-commerce) are so dependent upon AI capabilities and so too with being the Metaverse, and the era of 5G enabled Edge Computing with the Internet of Things (IoT). Furthermore, the following infographics illustrate how many people globally use social media and hence how central these channels have become to the everyday lives of people. Likewise, the size of the e-commerce market is vast. Although the era of standalone 5G networks may enable a window of opportunity for a new wave of consumer-facing applications in the business to consumer (B2C) in relation to e-commerce and perhaps even new digital media platforms that may challenge the current incumbents, after all the arrival of 4G provided a window for the likes of Airbnb, Uber, and leading social media platforms such as Facebook, Instagram, etc. to scale.

With the increasing adoption of artificial intelligence (AI) applications at the workplace, the debate about the future of work, workers, and the workplace has intensified. The polarised nature of debate ranges from job losses versus new-technology job creation through performance efficiency versus performance effectiveness to liberating humans from drudgery versus being controlled by machines. While several other polarities are evident in this debate, the truth always lies somewhere in between. In addition, there are other dark-side debates in the field about ethical, legal, and moral issues in the design and implementation of AI technologies for work and society. While popular discourse presents AI as a new phenomenon, the development of AI as an academic discipline dates back to 1956.

Machine learning and artificial intelligence are driving major changes in the global economy. This article looks at the ways in which firms across the various sectors of the economy adopt Artificial Intelligence (AI) techniques. However, before we review the sectors affected it is important to note the underlying drivers that are fuelling the growth in the influence and reach of Machine Learning across the sectors of the economy will only grow as we move forwards. This is because Big Data is only getting larger, velocity of data faster, plus the availability of cheaper data storage plus the arrival of powerful Graphical Processing Units (GPUs) to enable Deep Learning algorithms to be deployed. Furthermore, new research in areas of Deep Learning and other Machine Learning areas will continue to emerge into real world production over the next few years leading to new opportunities and applications.

"The greatest danger in times of turbulence is not the turbulence itself, but to act with yesterday's logic."1 We live in uncertain times. While the acronym VUCA (for our'Volatile, Uncertain, Complex, and Ambiguous' world) may have originated from military minds in the post-Cold War period, the eagerness and ease with which the business world has adopted it to describe today's global economy is striking.2 It's estimated that as many as half of the world's CEOs now view uncertainty as the single biggest external threat to their business.3 The only way to find answers to the uncertainty we anticipate and the change that we fear is to ask the right questions.

6 positive AI visions for the future of work

Current trends in AI are nothing if not remarkable. Day after day, we hear stories about systems and machines taking on tasks that, until very recently, we saw as the exclusive and permanent preserve of humankind: making medical diagnoses, drafting legal documents, designing buildings, and even composing music. Our concern here, though, is with something even more striking: the prospect of high-level machine intelligence systems that outperform human beings at essentially every task. This is not science fiction. In a recent survey the median estimate among leading computer scientists reported a 50% chance that this technology would arrive within 45 years.

Report: Companies that invested in automation saw 5% to 7% revenue increase

New research from SnapLogic and Cebr found that the U.K. could have prevented £10-£14 billion ($13.4-$18.8 million USD) of its pandemic-related gross domestic product (GDP) contraction if it had matched the automation level of the U.S. Furthermore, the U.S. could have witnessed a $105-$212 billion smaller GDP contraction if it was as automated as Singapore. The continued adoption of automation across the U.S. and U.K. has helped companies position themselves for growth, while also having the added benefit of improving resilience against economic disruption. Within three months of investment, U.S. companies witnessed an average year-on-year increase in revenue of 7%, or an extra $195 billion per month, and saw an average annual increase in employment of 7%, equating to a total of 7.2 million jobs. As investment in automation grows, there are certain technologies leading the way. The research finds 78% of U.S. companies directed their investments towards cloud computing, and 71% focused on data integration.

The Morrison Government is investing $10 million in innovative artificial intelligence (AI) technologies that will strengthen Defence's military capability and support highly skilled jobs in Australia's defence industry. The investment supports the Government's new Blueprint for Critical Technologies and Action Plan, released by the Prime Minister yesterday. It also contributes to the development of a sovereign critical technology capability in AI, one of the Government's nine listed critical technologies of national interest. Minister for Defence Industry and Science and Technology Melissa Price today announced 10 new Defence Innovation Hub contracts funded under the Government's two-year, $32 million COVID economic stimulus package. The package was established to support jobs growth in the defence industry while navigating the challenges posed by the pandemic. 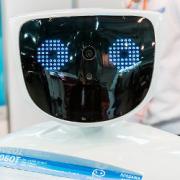 The dominant public narrative about artificial intelligence is that we are building increasingly intelligent machines that will ultimately surpass human capabilities, steal our jobs, possibly even escape human control and kill us all. This misguided perception, not widely shared by AI researchers, runs a significant risk of delaying or derailing practical applications and influencing public policy in counterproductive ways. A more appropriate framingbetter supported by historical progress and current developmentsis that AI is simply a natural continuation of longstanding efforts to automate tasks, dating back at least to the start of the industrial revolution. Stripping the field of its gee-whiz apocalyptic gloss makes it easier to evaluate the likely benefits and pitfalls of this important technology, not to mention dampen the self-destructive cycles of hype and disappointment that have plagued the field since its inception. At the core of this problem is the tendency for respected public figures outside the field, and even a few within the field, to tolerate or sanction overblown press reports that herald each advance as startling and unexpected leaps toward general human-level intelligence (or beyond), fanning fears that "the robots" are coming to take over the world.

The Reserve Bank of Australia (RBA) has published its first quarterly statistical disclosures on the reliability of banking payment services to households and businesses in a bid to increase transparency about retail payment service reliability. The new disclosures are being published on the websites of individual service providers, including large and smaller banks, such as Australia's big four banks, and more specialised payments providers like Teachers Mutual Bank. "It is vital for the smooth functioning of day-to-day economic activity that retail payments providers maintain reliable services for their customers. The new reliability disclosures are intended to support this objective," RBA assistant governor Michele Bullock said. Based on data from July to September, availability of individual retail payment services was "generally high", according to RBA. It also noted that outage time for some providers' online banking and fast account transfer services was high.