With each séance, things got spookier. The ghosts became angrier, soon transforming from green to red blobs that spewed fire from their mouths; they can set fire to homes and sims, making hauntings potentially lethal. My sims quickly became total wrecks, often exhausted from lack of sleep due to strange sounds and flickering lights, reminiscent of the terrors in "Phasmophobia." They weren't eating properly or showering, because all they could think about was fear. While scared, sims hide under covers, take "a panicked poop" in the bathroom and scream incoherently to one another.

Smart displays are stealing the show from smart speakers

Resembling a sawed-off section of stovepipe in black or PVC in white, the original Amazon Echo was the anti-smartphone. It operated tethered to an outlet, it was communal. And it was pre-pandemically touch-free if you didn't care about muting its microphone. Unbound by a display, it inspired voice-driven variants that ranged in size from tiny rings to giant rigs. We've hand-picked 11 smart displays that will satisfy a range of wants and needs.

Researchers built an AI that plays chess like a person, not a super computer

We mere mortals haven't truly been competitive against artificial intelligence in chess in a long time. It's been 15 years since a human has conquered a computer in a chess tournament. However, a team of researchers have developed an AI chess engine that doesn't set out to crush us puny humans -- it tries to play like us. The Maia engine doesn't necessarily play the best available move. Instead, it tries to replicate what a human would do.

UK regulator to write to WhatsApp over Facebook data sharing

The UK's data regulator is writing to WhatsApp to demand that the chat app does not hand user data to Facebook, as millions worldwide continue to sign up for alternatives such as Signal and Telegram to avoid forthcoming changes to its terms of service. Elizabeth Denham, the information commissioner, told a parliamentary committee that in 2017, WhatsApp had committed not to hand any user information over to Facebook until it could prove that doing so respected GDPR. But, she said, that agreement was enforced by the Irish data protection authority until the Brexit transition period ended on 1 January. Now that Britain is fully outside the EU, ensuring that those promises are being kept falls to the Information Commissioner's Office. "The change in the terms of service, and the requirement of users to share information with Facebook, does not apply to UK users or to users in the EU," Denham told the digital, culture, media and sport sub-committee on online harms and disinformation, "and that's because in 2017 my office negotiated with WhatsApp so that they agreed not to share user information and contact information until they could show that they complied with the GDPR."

Alphabet Inc. Chief Executive Sundar Pichai has bet big on artificial intelligence as central to the company's future, investing billions of dollars to embed the technology in the conglomerate's disparate divisions. Now, it is one of his trickiest management challenges. Over the past 18 months, Google's parent has waded through one controversy after another involving its top researchers and executives in the field. In the most high-profile incident, last month Google parted ways with a prominent AI researcher, Timnit Gebru, after she turned in studies critical of the company's approach to AI and complained to colleagues about its diversity efforts. Her research findings concluded that Google wasn't careful enough in deploying such powerful technology and was callous about the environmental impact of building supercomputers.

Qualcomm on Tuesday outlined a broad strategy to advance its Snapdragon platform in the auto industry as it aims to expand in the cockpit as well as a bevy of subsystems. The Qualcomm playbook for the automotive industry rhymes with its plans for IoT, artificial intelligence and compute. That strategy revolves around using 5G and the Internet of everything to consolidate compute platforms. In an event dubbed Automotive Redefined, Qualcomm outlined a new software defined architecture called E/E (electronic/electrical) that aims to put its platforms in everything from the cockpit to autonomous driving to sensors to electric charging infrastructure. As automobiles become more connected via 5G enabled C-V2X technology, Qualcomm ultimately sees cars as the "ultimate mobility platform" with new experiences updated over the air.

ARTIFICIAL intelligence has learned to identify the songs someone is listening to from their brain readings. Derek Lomas at Delft University of Technology in the Netherlands and his colleagues asked 20 people to listen to 12 songs through headphones. The volunteers did this blindfolded and in a dimly lit room to minimise the effect of their other senses on the results. Each person's brainwaves were recorded using an electroencephalography (EEG) cap that detects electrical activity.

The Rise of One of the First Video Game Workers Unions

This story is adapted from Work Won't Love You Back: How Devotion to Our Jobs Keeps Us Exploited, Exhausted, and Alone, by Sarah Jaffe. The book traces the evolution of the "labor of love" myth--the idea that certain work should be done out of passion instead of pay. Whether it's working for mere exposure and experience, or enduring poor treatment in the name of workplace "family," more and more workers are being pushed to make sacrifices for the privilege of being able to do what they love. And across a variety of industries, including the one described below, those workers are organizing to change those conditions. Video game programmers learn to celebrate "crunch" from the get-go. 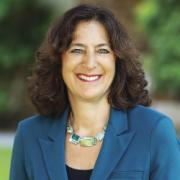 Communication is more important than ever, with everything from college to CrossFit going virtual during the COVID-19 pandemic. Nobody understands this better than 2020 Marconi Prize recipient Andrea Goldsmith, who has spent her career making the wireless connections on which we rely more capable and stable. A pioneer of both theoretical and practical advances in adaptive wireless communications, Goldsmith spoke about her work on multiple-input and multiple-output (MIMO) channel performance limits, her new role as the incoming dean at Princeton University's School of Engineering and Applied Science, and what's next for networking. As an undergrad, you studied engineering at the University of California, Berkeley. What drew you to wireless communications?