Neon, the artificial human prototype conceptualized by computer scientist and inventor Pranav Mistry, created waves recently. The President and CEO of Samsung's STAR Labs told ET in an exclusive interview that he created Neon because human beings are unable to connect with artificial intelligence (AI) assistants such as Apple's Siri. The Palanpur (Gujarat)-born Mistry, considered one of the best innovative minds in the world right now, said Neon will be a companion to the elderly and to those who are lonely and could even work as fashion models or news anchors. The 38-year-old also spoke about the dangers posed by AI,echoing Google parent Alphabet Inc's chief Sundar Pichai who recently called upon governments to regulate AI. Edited Excerpts: When you started thinking about Neon, what was the problem you were trying to solve?

Siri for Self-Drive Cars: Genius or Patenting the Obvious? - ExtremeTech

This project may be Apple's fallback to building its own car. From 2014 to 2019, roughly, Apple's Project Titan was a ground-up autonomous, electrified vehicle project. Apple found out that building a car is enormously complex, there are regulatory hurdles to clear far tougher than for phones or PCs, and you can't build a world-class auto factory in a couple of years. Apple also found out that not everyone wants to run a contract factory for Apple, including BMW and Daimler, and if there was an agreement, divorce court would have followed closely. Too many egos and everyone would want the final say.

Google is silently churning out many new technologies with wide ranging and far reaching impacts. The AI platform that Google is working on for quite some time has already been integrated with its digital assistant called Google Assistant that has been successfully leveraged into smart speakers of all types including the Google's own Google Home. But, this was just the beginning and company is on the verge of delivering something new this time. Google made tremendous research in the fields like natural language processing and synthesis. Google for quite some time is working on a new technology that can allow people more ease without relying too much on the Assistant.

The rise of chatbots has been recent and substantial. B2B and B2C sites now have bots at the ready, asking how they can help you find information or do what you need to do -- and they are often on a first-name basis with you. Chatbots have proven to be one of the ideal use cases for artificial intelligence (AI) and the appeal is obvious. Unlike their human counterparts, chatbots are available 24/7, can simultaneously answer hundreds of queries instantly and come with a one-time cost compared to the continuous cost of employing customer service representatives. Although there is fear that chatbots aren't as accurate as humans, those concerns have been mitigated in recent years as chatbots can now resolve 80% of customer queries without human supervision.

Gone are the days when users of software applications would always rely on text commands or graphical user interfaces (GUIs) to get their jobs done. Instead, we seem to have gone back to older times when errand boys would listen to our instructions and accomplish the tasks on our behalf. That's right, this is the age of conversational user interfaces and enterprises have rapidly adopted chatbots that continue to benefit the businesses and users alike. Whenever a user chats or speaks (i.e. This conversational data is collected in real-time, it becomes a great source of analysis of customer behavior.

Temenos AG, a Geneva-based banking software company, announced the launch of its banking-as-a-service platform in the U.S., which it says can help launch a digital banking platform go live in 90 days. The Tenemos SaaS platform is designed to offer a range services like digital onboarding, know-your-customer verification, personal financial management and support for artificial intelligence, chatbots, wearables and other technology, according to a press release. "With our new U.S. front-to-back SaaS product for digital banks, we will revolutionize the software banking landscape in the U.S., which is a highly strategic market for us," Max Chuard, CEO of Temenos, said in the release. Temenos has worked with some of the fastest growing challenger banks in the U.S, including Grasshopper and Varo Money, Volt Bank and Judo Bank in Australia and Leumi's Pepper in Israel, according to the release. Temenos also works with incumbent financial institutions, including Commerce Bank and Partners Federal Credit Union, in Burbank, California.

Controlling your smart home is easy to do with the best Echo speaker, since Amazon's Alexa works with so many different smart home gadgets. If you've recently acquired an Echo Dot (third-generation) and aren't sure how to set it up, you've come to the right place. Setting up your new Echo Dot (third-generation) speaker doesn't take long at all, but there are a few steps you need to follow. Here's how to set up your Echo Dot 3. The Amazon Alexa app is available for download on iOS and Android devices. If you already have the app installed, check to make sure you're running the latest version of it. 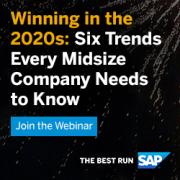 The smartest business owners I know are always looking ahead. They're making decisions now that they know will affect their companies five years from now. They're doing so because they have a responsibility to their customers, employees, and communities to keep their companies profitable, growing, and sustainable. These same owners are investing in certain technologies today that will help them meet these goals tomorrow. Here are five technologies that will certainly blow up your small business within the next five years.

The future is now when it comes to embracing chatbots & AI.

The future is now when it comes to embracing AI (artificial intelligence). These futuristic ideas are no longer a glimmer in our eyes. We are now fully integrating chatbots and AI in conjunction with Customer Care. It's time to stop talking about the idea of AI and start embracing that they are where Customer Service is NOW. Chances are, you have incorporated AI in your personal life in the form of Alexa, Siri, and Google assistant.

4 Ways to Benefit From Conversational Bots in 2020

Customers love voice and chat assistants, the conversational interfaces that turn on the lights, help home chefs cook an egg to perfection, and make it easy for consumers to research and buy goods online. However, while customers are already building strong relationships with these conversational assistants, retailers are still learning how to best use conversational bots to drive engagement and strengthen their customer relationships. Nonetheless, these conversational assistants represent a fantastic opportunity for retailers to humanize their interactions with customers at scale, as long as it's done with proper understanding of what it takes to engage with customers and how to deploy voice and chat to drive growth and return in 2020. Conversational interfaces fall into two categories: voice and chat. Voice assistants are mediums that can be accessed through voice commands on a smart speaker or smartphone application.