We live in an age where we have unprecedented access to almost any information we need. With the emergence of new technology like artificial intelligence (AI), facial recognition, big data and more, the human experience is being changed forever. Almost anything you need is just a tap away; but this access comes at a price--data for data. A simple online search may seem harmless, but before you know it, you're being bombarded with ads offering you exactly what you were looking for. How exactly does this work?

Are you protecting your AI innovations?

Breakthroughs in artificial intelligence (AI) include both simple quality of life upgrades and transformative innovations spanning every industry, from autonomous vehicles to medical diagnostic tools. Within these numerous technologies, there are a number of applications well worth patenting, begging the question: do any of your AI discoveries fall under intellectual property (IP)? By asking this question, businesses can take steps to protect their most valuable innovations and ensure they do not fall into the wrong hands. Do not doubt that plenty of people are already protecting their AI inventions. Since the 1960s, more than 300,000 applications for AI-related patents have been filed, and over 1.5 million scientific papers have been published. 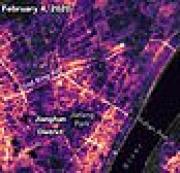 Tesla owners may soon be able to check stopping at traffic lights off their list of manual tasks. In a video posted to Twitter by a podcaster who focuses on the Elon Musk-owned electric/self-driving auto company, one of the manufacturer's cars can be seen driving through several green lights until it reaches a red one and then slowing to a stop. 'Autopilot stopping for red lights!' reads the Tweet, followed by, 'let's goooooooo.' The feature marks an incremental step toward full autonomy for the company's autopilot software which is currently able to automate several different functions. Tesla has yet to fully announce the feature despite the video posted on Friday.

Which is better, a lead foot on the brakes and a light-foot on the gas, or a lead foot on the gas and a featherweight foot on the brakes? If you are trying to drive onto the freeway, you usually need to double down on the gas pedal and make sure you enter into traffic at a fast and equitable speed. If you are driving in a busy mall parking lot, probably best to keep your foot leaning on the brakes so that you don't hit anyone. I remember when I was guiding my children on how to drive a car that it seemed like they would inevitably drift toward having a heavy foot and a light foot on each of the respective pedals. Over time, they became proficient in judging how much pressure to apply for the gas and the brakes, doing so as based on the situation and the nature of the driving circumstances involved. Today, they put little conscious thought into the matter and are seasoned drivers. Novice drivers though aren't quite sure how to treat the car controls. Besides my own children, I've seen the teenagers of other parents that were also apt to misjudge the controls when first learning to drive. It was somewhat comical one day to watch as a teenager drove down our street and his car seemed to start and stop. One moment the accelerator was being pushed, the next moment the teenager plied on the brakes. This makes sense in that he was concerned once his momentum got going that he was perhaps barreling too fast, so he wanted to slow down, but once he slowed down it became apparent that he needed to add some gas to get going again. I'm sure we've all had the same experience when trying to learn to drive. I'd also bet that sometimes you've found yourself thrown a kilter when trying to drive someone else's car, and you were unsure of how sensitive the car controls were. Whenever I rent a car, which I do a lot of the time due to my work travel, I often discover that during the first few minutes of driving the rental car that I am over-controlling it. I need to initially get used to how the brakes react, how the accelerator reacts, and how the steering reacts. It does though give you a pause for thought and perhaps allow you to reminisce about the old days of when you first learned to drive. 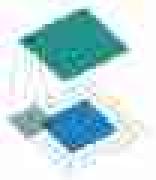 Convolutional Neural Networks which are the backbones of most of the Computer Vision Applications like Self-Driving Cars, Facial Recognition Systems etc are a special kind of Neural Network architectures in which the basic matrix-multiplication operation is replaced by a convolution operation. They specialize in processing data which has a grid-like topology. Examples include time-series data and image-data which can be thought of as a 2-D grid of pixels. The Convolutional Neural Networks was first introduced by Fukushima by the name Neocognitron in 1980. It was inspired by the hierarchical model of the nervous system as proposed by Hubel and Weisel. 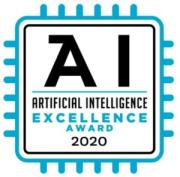 Today WekaIO announced that The Business Intelligence Group has named Weka a winner in its Artificial Intelligence Excellence Awards program. The Weka File System (WekaFS), Weka's flagship product that is uniquely built to solve big problems, delivers the industry's best performance at any scale. WekaFS has a clean sheet design that handles the demands of new emerging and converging workloads, including artificial intelligence (AI) and machine/deep learning (ML/DL), high-performance data analytics (HPDA), and high-performance computing (HPC). The file system can deliver 80 GB/sec of bandwidth to a single GPU server, scale to Exabytes in a single namespace, and support an entire pipeline for edge-to-core-to-cloud workflows. The system also delivers operational agility with versioning, explainability, and reproducibility along with governance and compliance with in-line encryption and data protection.

The coming together of SD-WAN and AIOps

Software-defined wide-area networking (SD-WAN) and AIOps are both red-hot technologies. SD-WANs increase application availability, reduce costs and in some cases improve performance. AIOps infuses machine learning into IT operations to increase the level of automation. This reduces errors and enables businesses to make changes at digital speeds. Most think of these as separate technologies, but the two are on a collision course and will give rise to what I'm calling the AI-WAN.

For finding the missing bus stops, is there a bus route column, so that you could fill in what stop they should have pulled in to that wasn't recorded? Seems to be there's two different problems you are facing For missing bus stop locations, if a bus route can't be found in the data or enriched in by some logic or other know sources of bus routes, clustering algorithm my help here to identify the missing stops for some of the records. Once all bus stops are found, there's a few different ways to go about finding the time. My initial thought is to use something like a possion distribution to model events over a period at a stop. Another way might be to use a weibull distribution by using survival analysis techniques and model the time it takes for a bus to arrive (ie survival time is wait time).

AI technology for self-driving cars is usually trained in ideal conditions. But how can you ensure that such vehicles will be able to navigate in adverse weather? Breakthrough innovation specialist Cambridge Consultants has developed SharpWave, an AI technology that creates clear, undistorted views of the real-world from damaged or obscured moving images at https://nvda.ws/33VZE2v. Developed on the NVIDIA DGX POD reference architecture with NetApp storage known as ONTAP AI (https://nvda.ws/38b3kkf), SharpWave's power to see clearly in difficult, unpredictable situations could transform numerous machine vision and imaging and sensing applications, from autonomous driving to empowering healthcare professionals.