Why Are Self-Driving Cars the Future and How are They Created?

Due to the recent adaptive quarantine measures imposed in virtually all parts of the world, air travel, public transportation, and many other sectors took a really big hit in 2020. However, the automotive world and autonomous vehicles, in particular, have shown increased resilience during this difficult time. In fact, companies like Ford have increased their investments in the development of electric and self-driving cars by allocating $29 billion dollars in the fourth quarter of last year. Specifically, $7 billion of that money will go towards the development of self-driving cars. So Ford is joining General Motors, Tesla, Baidu, and other automakers in heavily investing in autonomous vehicles. 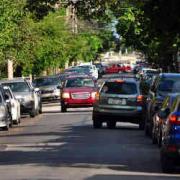 The researchers developed a method to model different levels of driver cooperativeness how likely a driver was to pull over to let the other driver pass and used those models to train an algorithm that could assist an autonomous vehicle to safely and efficiently navigate this situation. An algorithm developed by researchers at Carnegie Mellon University (CMU) could enable autonomous vehicles to navigate crowded, narrow streets where vehicles traveling in opposite directions do not have enough space to pass each other and there is no knowledge about what the other driver may do. Such a scenario requires collaboration among drivers, who must balance aggression with cooperation. The researchers modeled different levels of cooperation between drivers and used them to train the algorithm. In simulations, the algorithm was found to outperform current models; it has not yet been tested on real-world vehicles. 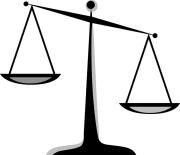 GlobalData predicts cellular IoT subscriptions will grow in the range of 12-16% CAGR, depending on region, over the next five years, as remote working, autonomous vehicles, robotics, and other advanced use cases accelerate. There are many recent examples of IoT deals and alliances that signify traction. GlobalData's Q2 mobile trends report provides insights into subscriptions for mobile networks; among many other key findings, it offers a clue to the progress of IoT uptake in different regions. North America: Cellular IoT subscriptions will reach 151.5 million at year-end 2021, and will make up 26.5% of total mobile subscriptions in the region. GlobalData expects the number of North American IoT connections to increase at a CAGR of 15.6% from 2021-2026, reaching 312.3 million at the end of the period.

Will self-driving cars be snitches? Are you familiar with the expression that someone is a fink or a no-good dirty rat? Perhaps you might be more acquainted with other ways that this is commonly depicted such as those that are characterized as a weasel, a snitch, or a stoolie. Let's add to the matter a vexing ethical question, namely whether someone can be considered a stool pigeon or a squealer even if they are reporting on something that was an illegal or unlawful act? You would normally be tempted to assert that reporting a prohibited act is entirely appropriate and the tipster or whistleblower ought to be rewarded rather than ostracized as a tattler or snitch. Okay, consider a real-world example and see how you do. You are driving along on your daily journey to the office. There is a stop sign at an upcoming intersection.

One of the world's biggest wealth managers doesn't think artificial intelligence can replace the role of financial advisors.

DEARBORN, Mich., JULY 21, 2021 – In an industry-first collaboration, Argo AI, Lyft and Ford Motor Company are working together to commercialize autonomous ride hailing at scale. The unique collaboration brings together all of the parts necessary to create a viable autonomous ride hailing service, including the self-driving technology, vehicle fleet and transportation network needed to support a scalable business and deliver an exceptional experience for riders. "This collaboration marks the first time all the pieces of the autonomous vehicle puzzle have come together this way," Lyft co-founder and CEO Logan Green said. "Each company brings the scale, knowledge and capability in their area of expertise that is necessary to make autonomous ride-hailing a business reality." As vehicles are deployed, Lyft users within the defined service areas will be able to select a Ford self-driving vehicle to hail a ride.